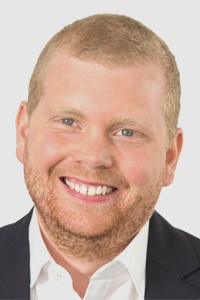 Collaboration is all the rage. Or it's a pipedream. But definitely one of the two.

The case for: we have the talk – everyone from Simon Stevens down (including the PM) espouses the language of the age of competition being over. It's become obligatory that three letter acronyms must end with togetherness – STPs, ICSs, even CCGs. The case against: name me a target which applies to a system not an organisation? Name me an acute chief exec who's been asked to step aside because they fell out with GPs?

So which is it – are we doing collaboration or not? Part of the problem is the disconnect between us wanting to do it, but not knowing how. At Kaleidoscope we spend a lot of our time looking at those who do collaboration well, and trying to understand how they go about it. What stands out is that a large amount of our conventional NHS wisdom about collaboration is simply nonsense. Here are four cul-de-sacs which need careful reversing out of:

Let's start at the very beginning: how does collaboration happen? Give yourself a pound for how many times you've heard that 'relationships matter'. Mortgage paid off? Me too. If so then I bet you've also had a conversation about how building such relationships are in some way 'organic': beyond the reach of forced interventions, can't be rushed, and, more than anything, the result of serendipity and luck. This is nonsense, and unhelpful nonsense too. What these theories completely neglect is the role of the environment in which relationships are fostered, and whether it's helping or hindering such relationships to start and sustain. Culture of turning up late for meetings? That's a cross. A space to talk about shared issues without short-term performance issues on the agenda? Tick.

This 'organic' view also assumes that being able to form such relationships, you know, that 'human stuff', is innate, an ability some have but not others. There's some truth in this, but only in as far as some of us are more or less able to do pretty much anything. The problem is that viewing collaboration as this mystical thing stops it being translated into a set of actions and behaviours which can be learnt and improved upon. In the formation of both STPs and ICSs there's barely been a conversation about the skills required from leaders (and others) to make them work. This is particularly important because the grounding – both formal training and informal expectations – of our entire leadership cadre has been in the opposite direction. If you've spent your life being asked to play golf, why would you be expected to play rugby?

Which brings us to the most widely held of collaboration's simple, elegant, but wrong beliefs. It's competition, or collaboration, but not both; which do you want? Not quite. Let's think about construction: pretty much every major building company in the UK is collaborating together to build Crossrail, while simultaneously bidding furiously against other to win other work. Or processor chips, where Intel, AMD et al battle it out in one of the most competitive industries in the world, yet still choose to collaborate (for example on industry standards) when they have mutual interest to do so. If you want to collaborate with someone else you don't have to agree about everything, or in fact, very much at all - there just needs to be enough alignment of purpose to make it mutually worthwhile.

Cul de sac #4: Collaboration is all it's cracked up to be

Arguably, this painting of competition (very bad) versus collaboration (very good) leads us to think we've uncovered a panacea. Every policy document shouts that only by working collaboratively together can the NHS confront its slings and arrows. Again, there's truth there, but a collaborative approach isn't always going to be the right one, and even when it is, we need to be realistic about the benefits it can bring. The NHS' desire for world class services at the same time as unparalleled cost savings won't be solved by a greater dosage of collaboration. We need a far more sophisticated understanding of when - and what type of - working together is appropriate, and what's reasonable to expect it to deliver.


The art and science of collaboration is endlessly fascinating, and I'm looking forward to chairing a whole session on it at the NHS Providers conference in October. Collaboration is not black or white, it's a panoply of colour which warrants further dissection and discussion – undertaken together, obvs.

Rich has significant experience across health care change, regulation, government, and policymaking, and has held senior roles in organisations including the Department of Health, Care Quality Commission and the Health Foundation.

Key questions for the future of STPs and ICSs

This briefing summarises recent developments to system working and seeks to offer answers to a number of questions arising from the national policy focus on collaboration and integration.

Why creating effective leaders in the health sector is so important

Katherine Mason reflects on how our annual conference will help equip the next generation of leaders as well as focusing on innovation and change.