Urgent community response and the science of marginal gains 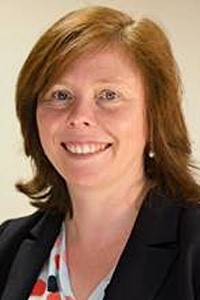 The Community Network, hosted by the NHS Confederation and NHS Providers, is shining a light on innovation practice among community providers.

In this blog series from the Community Network, leaders from across the community sector and beyond will be outlining how they are helping the health and care system respond to the big challenges ahead. Here, Caroline Williams shares her organisation's urgent community response team's experience of spearheading NHS England and NHS Improvement's UCR 100-day challenge.

When the British cycling team went from two decades of failure to Olympic gold, their success was attributed to what is now known as the science of marginal gains – the theory being that small yet significant improvements lead to monumental results. With this in mind, our UCR team in Warrington began a conversation with North West Ambulance Service (NWAS).

We knew from our experiences working in the community that we could get out to patients, suddenly needing urgent care at home, faster than an ambulance in non-life threatening cases and, where clinically appropriate, avoid the need for hospital admission. We were convinced that supporting even a small number of people in the community could make a big difference to emergency departments and hospital patient flows.

We knew that the outcome and experience for many patients – often frail, older people – would be far better if we see, assess and treat them within two hours of referral.

More importantly, we knew that the outcome and experience for many patients – often frail, older people – would be far better if we see, assess and treat them within two hours of referral. We know that these acutely unwell patients don't want to end up in hospital, often for a prolonged stay – and that their condition can deteriorate rapidly without early intervention. As our UCR team includes nurses and therapists with advanced skills in assessment, diagnosis, prescribing and treatment we were highly confident that we could make a significant difference.

At the end of October, we began a trial. Equipped with a laptop from NWAS, and the permission to access the ambulance waiting stack, we began to 'fish out' category 3 and 4 calls where longer ambulance waits were anticipated – the 'pull' model. This coincided with the launch by NHS England and NHS Improvement's UCR team of a 100-day challenge to bring together local UCR teams with ambulance services across England to establish new referral pathways.

Nine of the 10 ambulance services signed up immediately to the 100-day challenge, along with about 40 UCR providers.

At a kick-off national webinar, there was positive endorsement of the potential for UCR teams to handle many ambulance callouts. Nine of the 10 ambulance services signed up immediately to the 100-day challenge, along with about 40 UCR providers. Those not quite ready to sign up cited capacity as their main reason as many were recruiting to build up their operations to deliver the national two-hour crisis response standard 8:00am-8:00pm seven days a week by April next year.

At Warrington, we were proud and excited, if a little bit daunted, by the position we found ourselves in nationally spearheading the 100-day challenge. We've just passed the halfway mark and made promising headway, despite some crosswinds that have threatened to blow us off course.

In Warrington, we were encouraged in our first week when we intervened quickly to deal with cases of attempted suicide, dementia and chest pains – all from 999 calls with significant estimated waiting times.

We've also created an alliance with our council's CareCall service, which provides more than 3,000 pendant alarms to local citizens and operates a non-clinical responder service 24/7. Responders, who might typically go out to someone who has fallen at home, would often need to call for an ambulance which invariably leads to hospital admission.

On average, the UCR team is dealing with ten referrals a day, one or two of which are from 999 calls.

Now responders can call the UCR team for help. Some responders are also being trained, as part of the UCR team, in advanced first aid to provide additional support for patients. On average, the UCR team is dealing with 10 referrals a day, one or two of which are from 999 calls. Over the course of a month that equates to nearly 300 referrals and up to 20% coming from 999 calls. But it's important to emphasise that as a pilot, we're starting small before we build our capacity to take on more calls. We not only see the scope for taking on category 3 and 4 calls but some category 2 calls too in the future.

As for crosswinds – there are inevitable information governance issues to resolve and lawyers advising the national programme have produced a standard collaboration agreement that can be applied to the transfer of care and patient data.

We're onto a gold medal here – but, ultimately, the winner is the patient.

Technology and information security is another issue which we are looking at. With the 'pull' model, the ambulance service would need to provide a dedicated laptop and licence for each UCR team to access the stack. Some ambulance services are waiting to see the outcomes of our trial before they commit further. There's a further argument that ambulance clinical assessment teams do not have the capacity to support interactions to and from multiple UCR providers in a particular patch.

This has led some ambulance services to make the case for a 'push' model in which they identify and transfer cases that are appropriate for the UCR team. This would require the IT systems to 'code' the referral criteria. However UCR teams are seeing such a wider range of scenarios that nailing down set criteria in such an automated fashion would be difficult to achieve, significantly reducing flexibility and the number of referrals. The debate is ongoing and we are having constructive discussions nationally and regionally to find the right solutions. The upshot though is that our Warrington UCR team and the national team think we're onto a gold medal here – but, ultimately, the winner is the patient.

Co-produced solutions and collaborative working are cornerstones of Caroline's approach with health and social care and voluntary sector partners.

Caroline is a physiotherapist by background with 25 years of clinical and managerial experience across the NHS in community services and more recently in the acute and social care sector. She has held senior operational and board-level roles always working to support and develop teams to improve services. Latterly Caroline has joined the national urgent community response team working on the 100-day challenge linking ambulance and community services and connecting pendant alarm services with health services.

Andrew Ridley, chair of the Community Network, discusses the recommendations made in the network's new report on how to help level up the use of digital tools in community services across the country.