Caring for the carers: we need to talk about tackling staff suicide 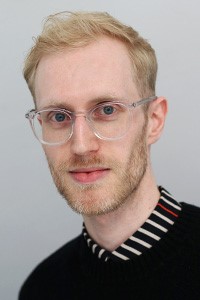 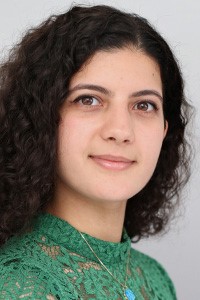 The theme of this year's World Mental Health Day is making mental health and wellbeing for all a global priority, yet we must not lose sight of the importance of supporting the mental health and wellbeing of healthcare staff as a particular group here at home. In particular we want to shine a light on the seldom discussed issue of staff suicide, and the nuanced link between staff suicide, mental health and other risk factors. It's important to discuss what targeted action would help to address the pressures faced by healthcare staff and give them the support they need.

Our new podcast marking World Mental Health Day 2022 also looks at the importance of focusing on the mental health and wellbeing of other groups of individuals and the particular impact of health inequalities, both in driving mental health need and impacting access to mental health care.

The suicide rate among medical professionals is 24% higher than the national average in England and Wales, with suicide risk highest among female nurses and doctors and male paramedics. This is a deeply concerning toll and it is vital that we understand the risk factors and ensure that we are caring for those who care for us.

In the past, explanations of deaths by suicide tended to focus on individual mental health problems, but recent research has sought to understand more about risk factors and the role of the wider social context in suicidal behaviour.

Although often linked with mental health, it is important not to conflate the two. Suicide is rarely due to a single individual factor, and people who do attempt suicide are often more exposed to a range of issues such as financial stress, poor work life balance, and feelings of isolation. Certain groups of individuals are also at greater risk of suicide and suicidal ideation, including LGBTQ+ communities.

Longitudinal evidence shows healthcare professionals are at a greater risk of death by suicide than other professions. Analysis has found female nurses are nearly a quarter more likely to be at risk of suicide compared to females in other professions, while Office for National Statistics data reveals that a common explanation for the high risk of suicide in occupations like health include having access to lethal drugs, suggesting that means and knowledge of harm can have an impact.

NHS survey data shows that staff – especially those in ambulance trusts – are experiencing high and persistent levels of stress.

These risk factors give us an evidence-based understanding of where support might best targeted, and our current context is also key to acknowledge.

The effects of the COVID-19 pandemic continue to be felt throughout society and the service. The rapidly increasing cost of living presents an additional concern. And all the while, the NHS and its staff are working under intense and chronic operational pressures.

NHS staff and leaders are sending a clear signal that there is a heavy burden to bear here. NHS survey data shows that staff – especially those in ambulance trusts – are experiencing high and persistent levels of stress, above and beyond the expectations of their roles, in already pressurised environments. Burnout is a particular concern, with the highest levels recorded as part of the General Medical Council's national training survey since data collection began in 2018. The Nursing and Midwifery Council's survey of members leaving the professional register showed the third most common reason for doing so is due to 'too much pressure'. An NHS Providers survey of trust leaders in November 2021 found 94% were 'extremely' or 'moderately concerned' about staff burnout.

As a health service and as the country's largest employer, action to address suicide risk factors and support those at risk within the service will have a significant impact outside of the NHS too.

The NHS has been working to develop multiagency action plans in a number of areas, which we would welcome further and expanded support for. To address risk factors in the general population mental health trusts have also developed Zero Suicide plans and over 200 trusts are working in collaboration with others, through the Zero Suicide Alliance, to identify and share best practice on suicide prevention.

For staff, organisations and systems are taking steps to change individual and corporate cultural attitudes to suicide and suicidal activity. This includes one area which has created a 'check in' campaign aimed at encouraging an open culture of checking in with colleagues, while wellbeing plans cover a range of tools that line managers can use to support staff through inclusive and compassionate conversations. Wide-ranging online resources for health and care staff have also been developed.

There is still more to do to work together to resource, refresh and reinforce the approach being taken to suicide prevention.

However, there is still more to do to work together to resource, refresh and reinforce the approach being taken to suicide prevention, as well as to manage the ongoing risk of suicide rates increasing in future. This is true when considering both NHS staff and the wider community. Initiatives include strengthening services for those most at risk of suicide, action in response to non-fatal self-harm (which is a key indicator of suicide risk) and trusts further expanding their support for their staff and bereaved families.

At a national level, we urge the new government to commit to developing the suicide prevention plan. Trust leaders have highlighted the importance of this new plan taking a public health approach with a focus on collaboration between agencies to reduce self-harm and suicide, as well as to share learnings.  Ensuring resilience across public services, in order to spot and help prevent emerging concerns from escalating, is also a key concern for trust leaders. Greater investment to help people to build self-care skills is crucial, as is signposting to local help and support that meets different communities' needs. In short, it is vital that we continue to strengthen support for those who are struggling most.

In need of further support?

This blog was first published by BMJ.

Mental health in an unequal world: we need a fresh sense of urgency in tackling the mental health care backlog