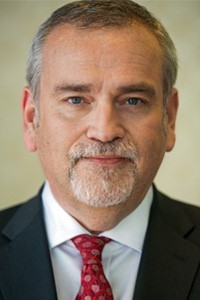 Every year, organisations and communities around the world come together, to raise awareness of how we can create a world where fewer people die by suicide.

This year World Suicide Prevention Day is a day that’s probably more important than ever.

This year World Suicide Prevention Day is a day that’s probably more important than ever. Why? Well first of all clinical leaders recognise that the pandemic has placed even more strain on mental health services. The Royal College of Psychiatrists have said that their members are seeing an alarming rise in patients needing urgent and emergency care and they forecast what they call a 'tsunami' of mental illness.

A view supported by the World Health Organisation (WHO) who have issued specific warnings about the possible effects of COVID-19 on suicidal behaviours. They say that mental health consequences are likely to be present for longer and peak later than the actual pandemic. Adding to that, suicide is likely to become a more pressing concern, as the pandemic spreads and has longer-term effects on the general population, the economy and vulnerable groups.

Closer to home the most recent data from the Office for National Statistics (ONS) shows that male suicides in England and Wales are at their highest rate in two decades. The same report highlights that suicide rates for women are also high - the highest since 2004 - with a significant rise among females aged 10 to 24 since 2012.

Male suicides in England and Wales are at their highest rate in two decades.

Previously, the ONS have also highlighted that across our NHS more than 300 nurses have taken their own lives in just seven years. During the worst year, one nurse was dying by suicide every week.

Sadly, other frontline workers are also at risk. Earlier this year, media reports drew attention to the tragic stories of paramedics who’ve taken their own lives and some surveys have pointed to the fact that doctors are amongst the highest reported when it comes to deaths by suicide; alarmingly saying that the suicide rate for doctors is more than double that of the general population.

I find these figures shocking. Not just because every single death by suicide is a catastrophe that devastates families, friends, colleagues and communities but because these figures graphically demonstrate that suicide prevention is an issue for all of us. Not just for mental health trusts but for every NHS provider.

The NHS is a caring family but in this area we need to up our game.

The NHS is a caring family but in this area we need to up our game. We need to stand shoulder to shoulder, across the board, to ensure that suicide prevention is a priority concern for each one of us.

This is why this year’s World Suicide Prevention Day is so important. At the Zero Suicide Alliance (ZSA) we believe that the time to act is now. We believe this is the time for all NHS providers to join us and work together to resource, refresh and reinforce our approach to suicide prevention. Now is the time to change the paradigm.

We were the first mental health trust in the country to publicly commit to a zero suicide policy.

At Mersey Care it’s something we’ve been working on for a while. As a trust we’ve declared our ambition for zero suicide for all patients in our care. It is our belief that a suicide event (attempt or death) is an avoidable outcome in a truly safe healthcare system. We were the first mental health trust in the country to publicly commit to a zero suicide policy; and working with like-minded partners we helped to create ZSA.

Earlier this year we reached a major landmark in supporting the UK’s resilience for the effects of the coronavirus lockdown. Our communications and promotions activity helped us to reach out to attract and encourage over one million people to take action and access our free suicide prevention training. More than half a million people accessed ZSA training in first three weeks of lockdown alone.

To support this further we released a new dedicated ‘ZSA step up’ training module which focuses on supporting people who may be encountering mental health issues as a result of lockdown. It’s a significant piece of reactive work that’s designed to help those who might have suffered in isolation.

And perhaps of direct benefit to all NHS providers is our latest launch – ZSA resources. A web based application that maps England’s suicide risks by area and provides guidance on reducing them; allowing services to work across systems and health economies to better create mentally healthier communities.

These and other resources can help each of us to get better at identifying those most at risk and finding ways of helping them - to ensure that suicide is not inevitable, but preventable.

Our mantra at ZSA is: “If zero isn’t the right number then what is?”

So let’s make this year’s World Suicide Prevention Day remarkable. Let’s make it a turning point; the day when you join our alliance so that we can stand together for the people we serve, to combine our efforts, to zero in and keep them safe from suicide.

Membership of the Zero Suicide Alliance is free, join today and take part in the ZSA month of mental health awareness (September 10 to 10 October 2020) please email: contactus@zerosuicidealliance.nhs.uk or visit www.zerosuicidealliance.com

Before joining the NHS, Joe had a successful career in cancer research, publishing over 50 peer-reviewed publications. Prior to becoming chief executive of Mersey Care NHS Trust in 2012, Joe was director of commissioning support at the NHS Commissioning Board.

He was recently named number nine in HSJ’s, top 50 chief executives awards list and included in the HSJ’s list of 100 most influential people in health. Joe has also been championing Expert by Experience as a major driver for transformation.

Suicide prevention: if the number isn’t zero, then what is the right number?

Spotlight on... The impact of COVID-19 on mental health trusts in the NHS

Our new briefing sets out the immediate challenge of COVID-19 for mental health trusts, how the sector has responded and what is needed to navigate the next phase.