How real time suicide figures can help us through the pandemic 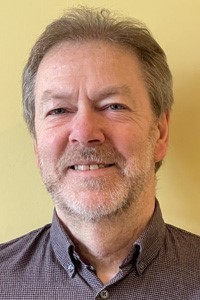 World Suicide Prevention Day 2021 is about safer care and supportive communities. It is about learning from evidence, about doing better. For families bereaved by suicide it is also personal, a poignant commemoration, a difficult time. I hear from many families about the impact suicide has had and the word they always use is "devastated".

In a normal year, we could expect to see around 5,000 suicides in England and 800,000 worldwide, but this has not been a normal year. When the pandemic first hit, many were concerned about its effect on mental health. It was not hard to see where the risks might come from - anxiety about infection, isolation, disruptions to care, domestic violence, bereavement. Alarming predictions and claims about suicide risks and rates began to appear in the media.

Eighteen months into it, what do we know now about suicide in the pandemic and the suicide prevention task as this extraordinary crisis evolves?

National suicide figures are based on inquests. Even before the pandemic, the time from death to inquest was 5-6 months at least and in the early pandemic the inquest system itself was disrupted. It could not provide the timely data we needed. An alternative was "real-time surveillance" (RTS) - the recording of suspected suicides as they occur. RTS was already well established in several areas but was untested at national level. We combined the available figures, covering a population of 13 million people, a quarter of the country.

We found no rise in the early pandemic. The findings came with several caveats. They covered the first few months and might change - we have no reliable data for 2021 yet. We could not rule out a high rate in some places or population groups - after all, the effect of the pandemic itself has not been uniform. It is fair to say there was a degree of scepticism. Last week, however, the Office for National Statistics (ONS) reported its own inquest-based figures: they too found no rise during those early months. In fact, they went further, finding low rates in some groups, notably young people.

I should stress that this does not mean the current concerns about the impact of the pandemic on mental health are unfounded. There is plenty of evidence that COVID-19 has caused distress to many of us, and we are seeing rising demand for mental health care services. Yet something has stopped this from translating into higher suicide rates. We need to understand the protective factors, and to make sure we do not lose sight of them as restrictions are lifted.

Social cohesion, a sense of shared adversity, is likely to have played a part. We have seen greater vigilance towards friends and family, communities rallying round their more vulnerable members, charities and services going the extra mile. Economic protections have been vital but are needed long term. After the 2008 recession, the rise in suicide continued until 2012.

What can the NHS do as society opens up? In mental health we know that recovery can be a dangerous time as the demands of normal life return. There are new mental health risks to the population from long COVID, and from the return to the workplace. There are particular concerns for young people and those facing inequalities of care because of discrimination, poverty or mental illness.

In mental health we know that recovery can be a dangerous time as the demands of normal life return. There are new mental health risks to the population from long COVID, and from the return to the workplace. There are particular concerns for young people and those facing inequalities of care because of discrimination, poverty or mental illness.

NHS trusts can strengthen services for those most at risk of suicide and its key risk factor, non-fatal self-harm. They can give priority to anyone in chronic pain or mental health crisis, to people who are isolated or in debt, to mental health liaison in emergency departments. They can look after their own staff who are weary, burnt out or traumatised, and under continuing pressure. They can support bereaved families. They can promote RTS.

The theme of World Suicide Prevention Day 2021 is hope. Loss of hope is a warning sign in clinical practice. It may be that we got through the early pandemic without a rise in suicide because distress did not become despair. If so, we have to maintain a positive public message about mutual support, about access to health care, about protections and freedoms, and a better future.

The Community Network, hosted by the NHS Confederation and NHS Providers, is shining a light on innovative practice among community providers.

Saffron Cordery responds to a statement from the House of Commons by the secretary of state for Health and Social Care on the government's plans for managing COVID-19.