Brexit and the impact on the NHS workforce

Where are we with one year to go… 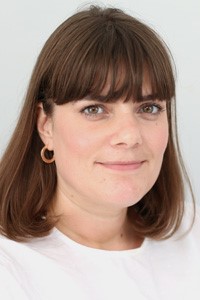 People from the European Union make a huge contribution to health and care services, from the frontline, to those working in life sciences. They bring a mix of skills and expertise that enriches our workforce. Although the UK and European Union have recently reached a joint agreement on citizens’ rights as part of the draft withdrawal agreement, the small print has yet to be agreed. The uncertainty of Brexit’s potential impact is a worry hanging over many NHS trusts and their staff, with one trust leader telling us, “[EU staff] play a significant part in the delivery of our services.  We are hearing that more are understandably becoming uncertain about their future and the NHS”.

The ambiguity is made clear by the results of the latest survey of trust leaders conducted by NHS Providers, NHS Employers and The Shelford Group in February 2018.  More than half (53%) of NHS leaders told us that it was too early to say how the recent joint agreement on citizens’ rights had been received by their European staff.

More than half (53%) of NHS leaders told us that it was too early to say how the recent joint agreement on citizens’ rights had been received by their European staff.

Looking more broadly, when asked about the impact of the UK’s decision to leave the EU on their workforce, less than 1% of trust leaders believed it would be positive. More than one in three (37%) said it would be negative and the remainder saw it as neutral or felt it was too early to assess the impact.

Recruitment and retention challenges in the NHS

Last year, an NHS Providers report into the challenges facing the NHS workforce highlighted that two thirds of trust leaders saw workforce issues as their most pressing challenge in delivering high-quality healthcare. There are significant shortages of staff including nurses and doctors, with the latest figures revealing 100,000 vacant posts in the NHS. This 8% national vacancy rate masks even more severe local pressures. Some trusts have up to 20% of nurse and 27% of doctor roles vacant.

Although the government has plans to boost the domestic NHS workforce through additional nurse student places, new apprenticeships and new medical schools, it will take years to deliver anywhere near the numbers the NHS currently needs. International staff, including those from Europe, will therefore continue to play a pivotal role in filling the workforce gap.

Although the government has plans to boost the domestic NHS workforce, it will take years to deliver anywhere near the numbers the NHS currently needs.

There are now over 62,000 European nationals working in the NHS in England – representing more than 5% of the workforce and accounting for 20% of staff in some NHS organisations. The latest government data, published in the Migration Advisory Committee interim report, similarly reveals that European nationals account for 5% of the social care workforce.

Impact on existing staff and the future supply line

The UK’s decision to leave the EU is already impacting on the recruitment and retention of NHS staff, with trust leaders telling us that while Brexit negotiations are ongoing, it is very difficult for their staff to feel confident about their future in the UK.  One chief executive reported that “[they] experience high turnover rate amongst [their] EU staff because of the ambiguity of Brexit – no one is sure what will happen until a final deal is reached”.

Adding to the uncertainty is the concern that staff may face abuse, with a quarter of trust leaders telling us that there have been instances of their staff encountering racism and xenophobia.

Recent statistics from the professional regulators reveal that there has been in a decline in the numbers of staff registering to practice in the UK, both domestically and from Europe. Most notably, the number of European nurses joining the register to work in the UK fell by 91% between 2015/16 and 2017/18, from 9,389 registrations to 805. Further, almost half (47%) of European nurses and midwives who left the nursing register and gave their reason for leaving said that Brexit had encouraged them to consider working outside the UK.

Almost half (47%) of European nurses and midwives who left the nursing register and gave their reason for leaving said that Brexit had encouraged them to consider working outside the UK.

Brexit has put a question mark next to the ability of trusts to retain EU staff and the NHS’ ability to recruit internationally. Alongside this, trust leaders tell us the introduction of language tests for European nurses and a stringent cap on visa numbers, has been  a significant factor in the dramatic 91% drop offs. One leader from an acute trust told us that, “Many UK trusts sought to recruit from EU markets to fill workforce gaps. Language tests were then introduced which almost entirely removed the EU pipeline as it is easier to register as a professional in other countries”.

One year to go: risks remain

The joint agreement on citizens’ rights means that EU nationals will be able to apply for “settled status” if they have been living in the UK continuously and lawfully for a five-year period by 31 December 2020. Those who arrive in the UK before that date will be able to stay for five years, and apply for settled status at that point, with provision for family members.

This sets out the broad strokes of the future rights of EU nationals, but there is much more to do.  It is unclear to what degree settled status is equivalent to the current permanent residence and a simple and low cost process must be put in place for people to establish their rights. Future immigration rules and procedures also need to be established, to ensure trusts can continue to recruit from Europe. The agreement also comes with the caveat applied throughout the negotiation that “nothing is agreed until everything is agreed”.

Future immigration rules and procedures also need to be established to ensure trusts can continue to recruit from Europe.

In the autumn, we expect the immigration white paper to be published. Immigration was a key issue in the referendum – the “leave” result may have arrived on a groundswell which called for more controls over freedom of movement, but there must also be realism about our ongoing health and care workforce needs. The white paper is therefore charged with achieving a difficult balance of political and national priorities.

The UK’s “exit day” of 29 March 2019 is fast approaching, and the intricate practicalities of withdrawal from the EU will have to be resolved in the ensuing two years. So amid the negotiations, the white paper is a key opportunity for public discussion about the UK’s future immigration system. Recognition of the value of public sector workers must be secured. The UK cannot fill its sizable nursing and social care vacancies domestically, and EU nationals willing to take up these low-paid roles should not be prevented from doing so by caps based on earning potential.

The UK cannot fill its sizable nursing and social care vacancies domestically, and EU nationals willing to take up these low-paid roles should not be prevented from doing so by caps based on earning potential.

The timelines and question of how the new policy will be enacted is pressing. The new systems – with the Government’s intention that settled status applications will begin in late 2018 – will require careful handling, and the tight timescales for developing new systems before we exit the EU, heightens the risk. Commentators are drawing parallels between the Windrush scandal and the government’s readiness over post-Brexit immigration. Guy Verhofstadt, the European Parliament’s chief negotiator, has warned that “we must avoid a post-Brexit bureaucratic nightmare for EU citizens” and has tabled it for discussion with the Home Office.

What is clear is that European and international staff will remain vital to the NHS,  life sciences and social care services in the years to come. Continued uncertainty is damaging to the quality of patient care. The longer it goes on the greater the risk that some services will no longer be viable.

Director of policy and strategy, Saffron Cordery writes for Public Finance Perspectives about the five key issues for health and social care during Article 50 negotiations

Staffing of health and social care must be Brexit priority

Brexit Health Alliance will be the voice of the health sector as the UK leaves the EU.