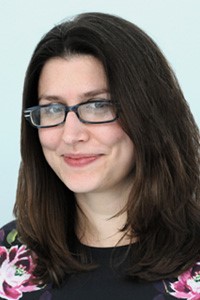 The daily pressures of growing demand and acuity mean it’s increasingly said that winter lasts all year round in the NHS – and that’s the case across primary care and the hospital, ambulance, community and mental health sectors. And yes, there is a clear need to build a consistently resilient system to ensure high-quality, timely, care for all. But that shouldn’t detract from the very real additional risks that winter brings, and the human need that underlies them.

There is a heady mix that affects us all and every service: from viral outbreaks and icy roads, to those living in cold houses or on freezing streets, from the fallout of excessive drinking to those finding the festivities a focal point for loneliness and grief.

In the first week of January 2017, the NHS had over 31,000 escalation beds open to cope with winter demand – the equivalent of opening an additional eight hospitals.

A lack of capacity across health and social care characterised last winter, with deteriorating performance against key targets eclipsing the fact that the NHS was caring for a record number of people.

A lack of capacity across health and social care characterised last winter, with deteriorating performance against key targets eclipsing the fact that the NHS was caring for a record number of people.

In the face of these challenges, some local health systems didn’t cope, and those that managed relied disproportionately on discretionary staff effort. In short, the NHS’ performance last winter was heroic, but unsustainable.

The shadow of winter

The shadow of the coming winter has hung over the NHS throughout 2017.

Capacity is already stretched – as evidenced by all four key NHS performance targets being missed last year, for the first time ever – even though productivity gains have been much greater than the whole economy average. An additional £335m was allocated in the Budget to help the NHS through winter, but this has come very late to be used to maximum effect.

So how will the NHS be able to cope with the inevitable further increase in patient numbers this winter?

The key lies in planning and collaboration.  The NHS could better be described as a network health service rather than a national one. Establishing resilience relies on recognising that interdependence, and individual organisations, local systems and national bodies have worked together throughout the year to ready themselves.

At an organisational level, ensuring that everything is done to give the right care at the right time in the right place creates the foundation for coping with the extra pressures of winter.

At an organisational level, ensuring that everything is done to give the right care at the right time in the right place creates the foundation for coping with the extra pressures of winter. For example, East London NHS Foundation Trust has expanded provision of mental health care liaison, which will see a dedicated team supporting GP practices across the region. Meanwhile, Dudley and Walsall Mental Health NHS Trust has a comprehensive round-the-clock system in place for crisis mental health provision. Such steps help ensure patients with mental health needs are treated in the right place, rather than in A&E.

Our briefing, Ready and Resilient?, highlights further examples of changes being made across the sector to improve patient flow, delivery of basic care and patient discharge, as well as support self care. It also shows the strides made to stabilise performance, including the new ambulance protocols and standards to ensure the most appropriate response, and a 14% year-on-year reduction in delayed transfers of care.

Beyond this, and with sustaining safe care over winter at front of mind, trusts have been taking steps including recruiting more staff, carrying out contingency and resilience planning, and working with local partners to plan services.

With sustaining safe care over winter at front of mind, trusts have been taking steps including recruiting more staff, carrying out contingency and resilience planning, and working with local partners to plan services.

Trusts will also closely monitor a series of internal indicators to guide their response – for example, initiating a ‘full capacity protocol’, which could include diverting ambulances, allowing mixed sex accommodation breaches, and opening escalation areas.

Each local system also has an escalation plan, triggered when demand reaches the point that trusts are unable to care for patients in a safe and timely way.  Where this is not sufficient, regional and national support can be requested.

These plans are designed to ensure that patients don’t remain in A&E for any longer than is clinically necessary and aren’t cared for in hospital corridors, that they don’t experience long trolley waits or delayed ambulance handovers, and that escalation beds are safely staffed and equipped.

Significant steps have also been taken at a national level to improve NHS resilience. This includes a joined-up approach led by Pauline Philip as national director responsible for winter planning, as well as independent clinical advice on system risk and appropriate responses overseen by Professor Sir Bruce Keogh (NHS England’s former medical director).  Contingency plans for those trusts at greatest risk of difficulty are in place, and funding has been made available for primary care streaming and investment in social care.

Nevertheless, risks remain. Before winter had even begun, emergency admissions were 4% higher in October than the same time last year.  The NHS is already running at average 87% bed occupancy, with some trusts operating nearer to 100%, when the recommended safe limit is 85%. There are persistent shortages in key staff groups.  A particularly virulent flu strain is expected. Services haven’t received the Budget’s winter funding, and it’s not clear how or when it will be allocated.

Nevertheless, risks remain. Before winter had even begun, emergency admissions were 4% higher in October than the same time last year.

The NHS is as ready as it can be. It is already treating more patients year on year, despite relentless financial and workforce pressures, and it has prepared for more.  If the NHS struggles, it will, of course, be clear to all and the reasons comprehensively considered.  But if performance is maintained and crisis avoided, then that will be just as much cause for reporting and reflection.

Read our press release for Ready and resilient?

NHS trusts have prepared for a tough winter, but patient risk remains

Our latest report outlines in detail what has been done nationally and at trust level to ensure safe, high quality care for patients this winter.