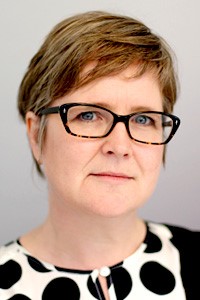 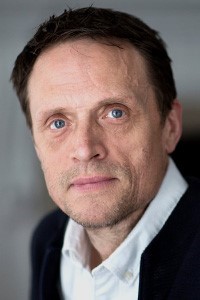 Back in the early 2000s NHS patients routinely waited 18 months or longer for treatment. Stories of patients being left in pain on trolleys in hospital corridors were all too common. After years of under-investment the government of the time faced up to a stark reality: either invest in the NHS to address the backlog of care or condemn millions of patients to further pain and delays.

The extra NHS funding that followed saw waiting times plummet. By the late 2000s, as a patient you were unlikely to wait 18 weeks, let alone 18 months, for an operation. It was rare to have to hang on for four hours in A&E. If you were unfortunate enough to suffer from one of the three big killer diseases of cancer, heart failure or stroke, your survival chances were much improved.

Fast forward 20 years and, exacerbated by the impact of covid-19, the Conservative government of today has faced a similar inflection point. And it has responded with a cash injection for the NHS and social care, funded through one of the biggest tax rises we have seen in recent times.

This extra funding is essential if we are to manage the ongoing threat posed by COVID, tackle the huge backlog of care we now face, and deliver a long overdue boost to social care services which have been under-funded for decades.

Surgery waiting lists have spiralled from 2.5 million in the late 2000s to 5.5 million today, and the Secretary of State for Health and Social Care thinks this number could sky-rocket to 13 million unless urgent action is taken. We still have more than 7,000 patients in hospital with COVID who need care. And due to budgets cuts over many years, around 1.5 million vulnerable people are not getting the social care they need.

No-one should therefore be under any illusion about the scale of the task ahead. Given the state of public finances it would be churlish to grumble too much. The hope is that this extra funding will help the NHS slowly start to get back to the performance levels and improved patient outcomes that were routinely achieved in the late 2000s before a decade of austerity in the 2010s reversed many of these hard-fought gains.

But this settlement falls short of the extra funding that front-line NHS leaders have told us is needed. Analysis published last week by the NHS Confederation and NHS Providers and based on responses from over 200 health leaders shows that the direct impact of covid-19 and the imperative to address the backlog means the frontline NHS needs around £10 billion of extra funding next year.

And this is before the cost of the government’s manifesto commitments, which include building 40 new hospitals, as well as the urgent need to invest in digital technology.

The positive is that we can start to make more inroads into tackling backlogs and we now have clarity about some aspects of social care funding. But as a package it doesn’t go far enough. The danger for the government is that we will still have record waiting lists by the time of the next election. Also, the settlement seems to assume that the direct costs of COVID will disappear by 2023. We all want that to be the case but it's not a safe planning assumption and will need to be revisited if COVID persists.

We are left in a better place than we were last week, but this funding settlement will leave those running health and care services with very challenging choices about where and how to prioritise care for the public.

They will need backing from the government to manage public expectations about how long it will take to deal with the backlog and continued support from the public in following the COVID guidance around mask wearing and social distancing. This will give the NHS the best possible chance of addressing what is likely to be a once in a generation challenge.

Saffron is NHS Providers deputy chief executive, part of the senior management team and sits on our board. She has extensive experience in policy development, influencing and communications and has worked in the healthcare sector since 2007. Before moving into healthcare, Saffron was head of public affairs at the Local Government Association, the voice of local councils in England. Her early career focused on influencing EU legislation and policy development, and she started working life in adult and community education.

Matthew Taylor is the chief executive of the NHS Confederation and has had a distinguished career at the heart of public policy for the last 20 years. He has led the Royal Society for the encouragement of Arts, Manufactures and Commerce for 15 years and during that time he has transformed the organisation into a global institution, with 30,000 fellows and a high-profile and influential research programme.

Before that he was chief adviser on political strategy to prime minister Tony Blair, and he also ran the Institute for Public Policy Research for four years. He is a widely known commentator on policy, politics and public service reform and regularly appears on national media programmes, including as a panellist on BBC Radio 4's Moral Maze. He was also commissioned by the Conservative government in 2016 to carry out an independent review into modern employment practices. Matthew started his career as a health policy researcher in the West Midlands.

The Community Network, hosted by the NHS Confederation and NHS Providers, is shining a light on innovative practice among community providers.

Saffron Cordery responds to a statement from the House of Commons by the secretary of state for Health and Social Care on the government's plans for managing COVID-19.