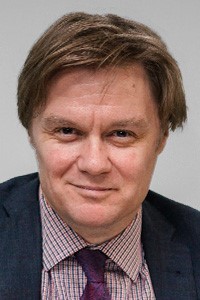 Money matters in the NHS. Traditionally an introduction like that might lead to a debate about how much money is needed – conversations due to play out if or when a spending review follows the recent "fiscal event". But this article focuses on a different set of financial questions – how and where funding flows. Now is arguably not the time for undue caution in how they are answered.

Why the urgency? Because integrated care systems (ICSs) have the potential to radically reshape population health to deliver the upstream shift towards prevention that is being sought, in most developed world health systems, over the coming decade. Yet concern about allowing ICSs the headroom to do that abounds, even at their inception. The challenge seems too great, workforce gaps too dominant, and many can list past attempts to do the same that did not succeed or did not persist. Early wins are needed to deliver momentum and maintain alignment – or the alphabet approach to health reform will not tick on to E for equity.

The integration white paper was launched with fanfare some months ago. Behind it sat a lively debate about single accountable officers, across social care and the NHS. In complement (or perhaps in contradiction) to the more permissive and system focused Health and Care Act, the integration white paper argues that place is to be the vehicle by which those outcomes would be delivered. Not exclusively, but substantially. Making a reality of that lies in the hands of local leaders, so what will help?

Place based budgeting is seen by some as the clear way forwards, and by others as a complex, cerebral, medium-term exercise.

Place based partnerships will not be the driver of change in every geography. But they could be transformative for many, particularly local areas with a need for co-production around health equity and those where primary care leadership is strong; Sussex, South Cumbria, north-west Birmingham, West Yorkshire, to cite just a few.

So have places that want to move faster been given the tools to do that? Despite the inclusion of reform among the four Rs in NHS England chief executive Amanda Pritchard's narrative for the NHS, transferring financial accountabilities to place level is proving a drag anchor. Place based budgeting is seen by some as the clear way forwards, and by others as a complex, cerebral, medium-term exercise. Some trust leaders prefer to keep money inside their sector, in a collaborative arrangement on behalf of the integrated care board.

There are two big inhibitors here which national policy makers, and frontline leaders will need to navigate if they are serious about place-based partnerships early next year.

Firstly, financial regimes within the NHS are transitioning and remain a mixed model of approaches. The financial model underpinning the elective recovery plan is understandably seen as necessary to incentivise reducing long waits. But other approaches sit at the heart of the neighbourhood model of long-term care explored in the Fuller Review, which should not be counting contacts or activity but measuring outcomes and value. There is an opportunity cost if we do not now consistently apply the financial model to incentivise the behaviours we will want over a longer timeframe. Unwinding the pandemic model is taking time, and unwinding an activity based model will be just as awkward.

Secondly place based working is the space where, in many ICSs, health and local government align. Yet trusts' and local authorities' experiences of the better care fund, and of previous section 75 arrangements more broadly, do vary. There are some good examples of innovation, for example places like Sandwell that have used freedoms to align public health services. But there are also scars and stories born of perceived cost-shifting and lack of proper risk sharing among partners with different financial regimes.

What might enable people to get moving? A two-step shuffle is urgently needed: twin enablers if you like.

Let's finally get past the tradition of revenue annualization. Let's make use of three-year-plus deals, medium-term funding shared at place level: where that is what partners choose. That sense of shared obligation is more likely to engender the accountability, realism, and drive for results that policy makers seek. As the King's Fund argued, partnership alone has never been enough to tackle inequalities.

Then, for those willing and able, incorporate as much local finance at place as possible – default to place. Most hospital services cross subsidise one another, and simply framing local services around single diagnosis long term condition specialties – seen as community disciplines by some – is, in my view, unlikely to create the freedom and flexibility required by providers.

Claire Fuller's stocktake astutely sought a sharing of resource, notably of people, who often straddle services that are both local and bigger, neighbourhood and whole system. The more that is in this local place pot, the greater the scope to share risk and pool resources cross subsidizing between service lines. In time, distinctions between ring-fenced primary care (GMS) and other service funding may dissipate, but this is probably not that time, as general practice faces unique pressures. In time too, mental health funds have to localise, if we are not end up with money too far downstream to spread the kind of interventional service models that teams are creating to such good effect in schools in Nottinghamshire.

Policy making in 2022 seems often an echo of the past, a sense of back-to-the-future. Three decades ago, money was going to follow the patient. Now, as we enter a new phase of reform, we need money to follow the policy. Those clinicians and local leaders giving up time and discretionary effort to make place thrive, need the funds in their hands. That is what will make collaboration happen, because innovators go where the money is.  And in the face of unprecedented operational pressure, innovation is what the situation demands.

Toby work​s with NHS Providers part time on primary care and contributes to our system working policy team, while also a senior fellow with the King's Fund. Read more