Leases in the NHS: new rules that affect capital budgets 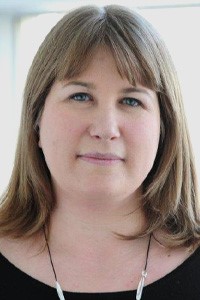 While the financial position of NHS organisations and cost improvement programmes are no longer seen as solely the responsibility of the finance director and their team, the adoption of new accounting standards is usually a different matter.

However, there is a new accounting standard that comes into effect from 1 April 2020 which finance departments will need support from across their organisations to implement. It will also be of interest to non-executive directors. The new standard changes how leases will be accounted for. While the technical arrangements are straightforward, the issue exercising the minds of NHS finance professionals is how to identify all the leases that exist – and the impact on NHS capital resources.

The new standard changes how leases will be accounted for. While the technical arrangements are straightforward, the issue exercising the minds of NHS finance professionals is how to identify all the leases that exist – and the impact on NHS capital resources.

Trusts don’t have any choice when it comes to accounting standards. They must follow international financial reporting standards (IFRSs), as issued by the International Accounting Standards Board (IASB). The standards are intended to provide a framework of good practice, ensure organisations disclose information in the same way, and give a benchmark for judging audited accounts.

Although NHS organisations must adhere to IFRSs, HM Treasury sets out how these standards are applied to the public sector.

Leases must be accounted for “on-balance sheet”

In accounting terms, a lease is a contract, or part of a contract, that conveys the right to control the use of an asset for a period of time. Typical types of leases in the NHS include those for equipment, vehicles and property.

Currently in the NHS these fall into two categories: “finance” leases or “operating” leases. Finance leases recognise that there is an asset that the organisation has the use of, alongside an obligation to pay for it. These leases result, over the term of the contract, in the trust being charged for the full value of the asset, and are therefore accounted for “on-balance sheet”. By contrast, operating leases are those where the lessee is only paying for the use of an asset for part of its useful life – these are accounted for “off-balance sheet”.

The new standard IFRS16 Leases requires that all leases are accounted for “on-balance sheet”. This change came about because several years ago the then chair of the IASB was sitting on a plane and became concerned that under the existing standards neither the lessee nor the lessor were accounting for the plane as an asset. As long as it was paid for on an operating lease, the plane, which was worth many millions of pounds, did not appear on any balance sheet anywhere in the world.

IFRS16 means that all contracts now need to be looked at in case they contain a lease. In the past a trust’s finance team could be reasonably certain of being able to identify finance leases, but there are likely to be operating leases in places that they are unaware of. Some of these will not have the word “lease” anywhere in the contract document, and some may be a contract for a service rather than for the provision of an asset. However, if the provision of the service requires the use of a specified asset, then it may well count as a lease. Finance departments are most concerned about managed service contracts. For example, a contract for the provision of test results may require sole use of a piece of equipment.

Therefore, anyone who has authority to enter into contracts should be aware of the new arrangements so that they can ask a member of the finance team to decide whether it includes a lease.

For the NHS this new standard comes into effect from 1 April 2020. Private sector organisations were required to implement it from 1 April 2019 – the learning has been that it is difficult to be certain that all leases have been identified and therefore accounted for properly.

As well as being important for making the accounts correct, there is another reason why the implementation of the new standard is important. Because they will all be “on-balance sheet” from 1 April 2020, leases will all count as capital expenditure. For the NHS as a whole, the amount of capital expenditure that can be incurred within a year is limited to the capital departmental resource limit (CDEL). As this is the amount of money that parliament has voted for the Department of Health and Social Care (DHSC) to spend on capital, it is therefore a statutory limit.

Because they will all be “on-balance sheet” from 1 April 2020, leases will all count as capital expenditure.

HM Treasury has indicated that the CDEL will not be affected by leases entered into before the change takes effect. For leases entered into or amended after 1 April 2020, the Treasury has said there will be a compensating adjustment to CDEL to take account of the new accounting arrangements. This cannot be calculated until all leases have been identified.

Trusts’ 2019/20 accounts will need to include information about all current leases, and this will be the basis for the new accounting arrangements on 1 April 2020. Auditors are going to be taking a keen interest in these disclosures. Additionally, 2020/21 plans and any business cases affecting periods beyond 1 April 2020 will need to be developed on the new accounting basis. The DHSC will also be asking for financial information as early as January 2020 to feed into the Treasury’s budgeting procedures to ensure that the CDEL reflects the impact of the new requirements.

This means that if they have not already done so, NHS finance teams will need to ensure that they are aware of all existing leases. This will involve reviewing existing contracts and arrangements that have not already been assessed against current accounting standards. This will be a big task and will require input from all those able to enter into contracts on behalf of the NHS organisation.

Emma Knowles is director of policy and research at the Healthcare Financial Management Association (HFMA).

Chris Hopson responds to the announcement of a new health infrastructure plan.