Can you talk about joy without sounding like you’re part of a cult? 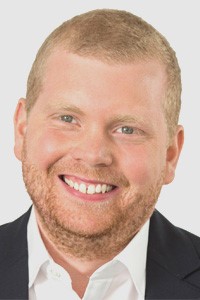 Two 15 year olds leave home for the first time, catching a boat across the Irish Sea to take up apprenticeships. With no welcome party at the docks, no instructions on what to do, the young footballers find their own way to Manchester United's stadium. Homesick, within 48 hours they're back in Belfast. Asked to give the club one last go, one of them refuses (and becomes a plasterer). The other - George Best - eventually agrees, and goes on to have an interesting career.

50 years later, another young striker arrives in Manchester. Taken direct to his new house, Sergio Aguero finds a car with Spanish sat-nav sitting in the drive and links to the Spanish community already made. "We had our prize asset ready to go from day one" recalls Gary Fleig, Manchester City's head of performance analysis. Aguero scores 30 goals, City wins the league.

It's not hard to understand what was happening inside each of the Manchester clubs: in 1961, United saw players as having a job to do, outside of which their lives were their business. In 2011, City realised that spending even 1% of a player's £38 million transfer fee to help them feel relaxed and ready to play was going to pay dividends. An intuitive insight well executed.

This isn't a blog about football, or even foreign recruitment. It is about joy at work in healthcare, defined by W.Edwards Deming as "pride in craftmanship", a sense of meaning going beyond a transient feeling of happiness.

We want not for insights: even without the significant evidence linking staff satisfaction to better outcomes for patients, most of us will intuitively know how enjoying work means you're more likely to be better at it.

When we talk about joy at work in the NHS, are we 1961 United or 2011 City? We want not for insights: even without the significant evidence linking staff satisfaction to better outcomes for patients, most of us will intuitively know how enjoying work means you're more likely to be better at it. As we discuss in our Kaleidoscope 'Beyond Burnout' report, joyful staff have been shown to make fewer errors, provide more discretionary effort, take fewer sickness days, and provide better care.

Yet, it's not a popular topic to talk about. Despite bright spots in the work of people such as Bob Klaber at Imperial or Suzette Woodward at Sign up to Safety, joy is a long way from the policy mainstream (the Long-Term Plan finds room to mention Japan but not joy, Mexico but not morale). As one attendee at our 2018 event on joy asked, "how do I talk about joy without sounding like I’m part of a cult?"

As one attendee at our 2018 event on joy asked, "how do I talk about joy without sounding like I’m part of a cult?"

This is a significant problem. Even at the best of times, neglecting an evidence-based, cost-effective means to improve patient outcomes appears foolish. At the time of increasing staff shortages and pay restraint, it comes close to negligent.

So where do we start?

First is language. Let’s be honest, joy at work is a far more Californian phrase than most of us are comfortable with. Instead, let’s simply talk about 'enjoying your job', and ask people to reflect on what contributes to that. Being valued. Feeling supported. Seeing the end result of what you do. Too often joy is portrayed as being achieved through a type of magic, only capable of being described in technicolour fonts with lots of exclamation marks. Instead, enjoying your job is far more about a set of practical, pragmatic (often boring) interventions which create the basics of a good, psychologically safe working environment.

Second is evidence. Yes, we have academic papers with beautiful correlations between engagement and outcomes. We have organisations, such as Frimley Health and Salford Royal, where outstanding CQC ratings go hand in hand with high NHS staff survey scores. Yet, what is less apparent is the consequences of not doing it. If staff engagement is the 'secret to success', why does the social care market, a highly competitive sector dominated by shortages of money and people, not drive out providers with toxic cultures?

More than language and evidence, it’s leadership which will affect this change in the NHS.

Third is social acceptability. In 1961, offering to send someone down to the docks to meet new players would have been laughable. By 2011, a club without a player-liaison officer was seen as amateurish and naive. More than language and evidence, it’s leadership which will affect this change in the NHS. What signals do the occupants of the NHS' highest offices gives as to the priority (or not) of helping staff enjoy their job? What effect could health newcomers Prerana Issar and Dido Harding do to accelerate change?

Evidence implies that change will come, eventually, as employers won’t be able to afford not to. I don't know about you, but simply waiting for the slow passage of time fills me with little joy. It's time to ditch the cult and demand systems, policies and organisations which support staff enjoying their job.

Rich Taunt is part of Kaleidoscope, a social enterprise which brings people together to improve health and care. Further information about Kaleidoscope’s work on joy at work can be found at kaleidoscope.healthcare/nhsjoy.

Rich will be speaking about joy at work at the NHS Providers Quality Conference on 4 June.

Ella Fuller discusses the challenges facing mental health provision and trusts that need to be addressed.

Adam Wright responds to the revised deadline of Microsoft support for Windows 7.