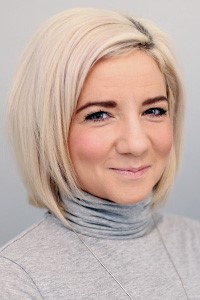 The challenge for the NHS every year has become this; how can the service respond to significant pressures over the colder winter months when the service is already running at full capacity the rest of the year in many places? This task is increasingly difficult when you consider the widespread financial challenges across the sector and that workforce shortages are widespread in some health care professions including nurses, paramedics, Emergency Department Consultants and GPs.

Over winter the focus tends to be on A&E, and particular attention is paid to the four-hour waiting time and ambulance arrivals and transfers.  But the demand for hospital services is only one of the stresses on the NHS, with financial and capacity pressures in community and mental health services, social care and primary care also heavily impacting how quickly patients can be seen. The visible pressures on A&E departments are a symptom of widespread capacity challenges across the whole NHS.

The visible pressures on A&E departments are a symptom of widespread capacity challenges across the whole NHS.

An additional £335m was set aside in the November budget to help the NHS cope with the increased demand over winter. But the money came very late for it to be used effectively, given trusts were planning their response months earlier without the knowledge of any additional funds and the National Emergency Preparation Panel (NEPP) was set up to provide independent clinical advice on system risk and to ensure an appropriate and joined up regional and national response.

However, despite meticulous planning and efforts, the picture this winter has been one of intense pressure and strain at the frontline.  Key indicators such as bed occupancy rates, ambulance handovers delays and diverts, flu admissions and the number of hospital beds closed due to diarrhoea and vomiting (D&V) and norovirus show commentators the extent of the demand and capacity issues the NHS has been grappling with this winter.

Despite meticulous planning and efforts, the picture this winter has been one of intense pressure and strain at the frontline.

Reviewing the winter situation reports week by week shows how demand has increased, yet capacity was very constrained.  For example, in the second week of December the number of beds closed due to D&V and norovirus doubled from the week before.  In the third week of December the bed occupancy rate soared to 95%, well above the recommended target of only having 85% of beds in hospitals filled.

In the week between Christmas and the New Year, the media started to register the severity of the situation with reports of NHS trusts working at or beyond full stretch, resulting – at times – in care for patients that falls short of what trusts and their staff want to provide.  Over the festive period the 137 trusts that reported data received a total of 97,706 ambulance arrivals in a week – that’s the equivalent of these trusts receiving an ambulance every 15 minutes, 24 hours a day.

Overall, A&E performance in December saw both the highest ever number of emergency admissions – over 520,000 – and the lowest ever performance against the 4-hour waiting time standard for major attendances – 77.3%.

But it was the first week of January where it appeared the NHS may literally have been bursting at the seams, with flu admissions putting further pressure on already dangerously high bed occupancy rates, despite hospitals opening around an additional 2,000 beds across existing services for extra capacity. Trusts were reporting not only high demand, but also many more sicker and frailer patients, exacerbated by increasing flu, respiratory conditions and norovirus.

But it was the first week of January where it appeared the NHS may literally have been bursting at the seams, with flu admissions putting further pressure on already dangerously high bed occupancy rates.

That same week, the NEPP recommended trusts cancel all non-urgent elective operations to help redeploy resources and staff to help respond to the increases in demand.  In response to these pressures, the Care Quality Commission, the quality regulator decided to postpone routine hospital inspections as a move to support providers focus on the task at hand. This shows the scale of disruption that winter has had across the NHS trust sector.

Fortunately, throughout January the figures have begun to stabilize and the impact of flu, respiratory conditions and norovirus appear to be coming under control.  But the number of ambulance arrivals and ambulance diverts remains very high with one in eight people waiting over 30 minutes for an ambulance.  Critically, the bed occupancy rate is still at 95%.

Looking forwards, the financial and operational position continues to look challenging. Some of the steps taken over winter will also have wider implications for NHS finances- for example the cancellation of operations will result in trusts losing elective care funding that they had been expecting over this period.

This winter shows that we have reached a watershed moment. The truth is that no amount of planning would have left the NHS in a different position - the NHS can only do so much within the current funding envelope.

The truth is that no amount of planning would have left the NHS in a different position - the NHS can only do so much within the current funding envelope.

On the frontline the NHS is still pulling out all the stops every single day to meet demand. NHS staff continue to work tirelessly to deliver the best care they can. But this year on year winter cycle is not sustainable.

The government must now take some big decisions about the long-term funding of health and social care, otherwise we will be forced to continue falling short of the care patients deserve and expect, and the standards set out in the NHS constitution.

This article was first published by Public Finance

Winter is a lose-lose situation for patients, staff and NHS finances

Adam Wright writes for the HSJ on the financial impact for trusts of postponing non-urgent operations and prioritising emergency care over winter.