We need the biggest NHS rebuild since the Beatles 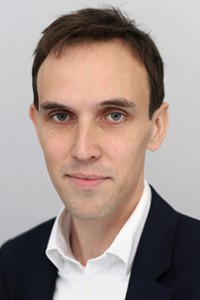 Following December's general election result, the political deadlock that followed the 2016 Brexit referendum result has ended. We now have a government with a large majority which will be able to tackle important issues where decisions have been deferred for many years.

One of those issues is NHS capital. The heath service has been identified as a top domestic policy priority, and announcements on buildings and equipment, including commitments to build dozens of new hospitals, have been a key feature of the government’s approach to the service going right back to Boris Johnson’s first speech as Prime Minister. But while those early signals are welcome, they only point in the direction of what is really needed: a full reboot of NHS capital, with a big increase in funding and a reset to ensure the way money gets through to where it’s needed most.

The NHS knows where it stands for the next few years when it comes to revenue funding, covering salaries, heating, lighting and other short term running costs. That settlement reflects the priority given to the health service compared to other parts of the public sector, but will still feel extremely tight given the ambitions set out in the NHS long term plan.

But capital budgets, which cover spending on assets such as buildings, land and equipment and sit outside the NHS 'ringfence', haven’t been set out beyond the end of next year. We have just had a decade of under-investment in NHS capital. The system for allocating capital to the frontline is broken. The money hasn’t got through to where it’s needed most. The system often seems arbitrary and haphazard.

The system for allocating capital to the frontline is broken. The money hasn’t got through to where it’s needed most. The system often seems arbitrary and haphazard.

The impact of this is now obvious to patients, demoralising for staff and of concern to NHS leaders. Far too many trusts are having to work with unreliable decrepit equipment, outdated technology, and buildings that make it impossible to deliver the best care and in the worst cases make it more likely that a patient may come to harm.

It is vital that the NHS is given a viable capital settlement for the years ahead. The overdue comprehensive spending review, postponed from last year and likely to take place in the second half of 2020, provides the best opportunity for many years to deliver it.

Last year we launched our campaign, #RebuildOurNHS, backed by a range of leading health bodies, to put capital at the forefront of the health policy agenda. Today we publish our full recommendations in Rebuilding our NHS – why it’s time to invest in a 21st century service, setting out the case for a vastly improved capital settlement for the health service and describing how it could work.

We argue the NHS needs: a long term capital settlement, ideally lasting ten years, bringing it into line with comparable economies (roughly double current levels), together with a better way of getting the money to where it’s needed most.

A reset capital system would lead to a reduction in treatment delays caused by equipment failure. It would allow more patients to be treated, quicker, by helping to take out bottle-necks in the system that lead to delays. More investment would allow diagnostic services to expand, enabling patients to have crucial tests sooner.

A reset capital system would lead to a reduction in treatment delays caused by equipment failure. It would allow more patients to be treated, quicker, by helping to take out bottle-necks in the system that lead to delays. More investment would allow diagnostic services to expand, enabling patients to have crucial tests sooner.

With more capital resources, trusts could reduce the backlog of essential maintenance works, currently priced at £6.5bn, which have built up over the past five years. We need an appropriate capital budget to fund the changes and redesigns that will transform patients’ experience of care. A new settlement could bring about the more efficient, fully digitised, technologically enabled service we all want to see. And it could fund a national rebuilding programme on a scale comparable with the national infrastructure programme of the 1960s.

There are compelling reasons to invest in infrastructure for all parts of the NHS: ambulance, mental health, community and acute trusts all have unique issues relating to their infrastructure and can all benefit from better technology.

The NHS long term plan made explicit mention of the need to invest in infrastructure in order to modernise the health service, and ministers have repeatedly committed to giving the NHS a multi-year capital settlement. Delivering on this is now within the government’s gift. We are looking to ministers to put NHS infrastructure on a sustainable footing and, in doing so, improve the lives of all those who use, and work in, NHS services for the long term.

David leads our policy work on finances, including efficiency, funding, and contracting. He joined NHS Providers in May 2018. David has a background in journalism and spent seven years at the Health Service Journal, which included two years leading the team covering the provider sector and finances. Read more

Miriam Deakin responds to health and care policy pledges made at the Labour Party's annual conference.

Miriam Deakin comments on NHS Providers' survey on the impact the rising cost of living is having on NHS, staff and patients.