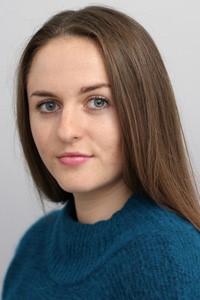 Before the public sector pay awards were announced this year, Treasury made it clear that there would be no additional money put into departmental budgets to fund them. For the NHS, this meant that anything above a 3% pay uplift, which was baked into national funding pots, would have to be taken out of other pre-allocated funding streams. This is the situation we are now in, within a context of huge operational pressures, rapidly increasing cost of living, low staff morale, and rising dissatisfaction among the trade unions.

Trust leaders have been clear that NHS staff have shown great commitment through the challenges of recent years and that their contribution should be fully recognised in the pay award. They are also clear that any further destabilisation of an already pressured workforce puts the NHS' ability to meet operational demands at real risk in the months ahead.

The NHS pay awards are particularly variable for different sections of the workforce this year.

The NHS pay awards are particularly variable for different sections of the workforce this year. Consultant doctors are seeing a 4.5% pay uplift, as are specialty and associate specialist doctors – unless they have moved onto newly agreed national contracts, in which case they will receive a pre-agreed 3% uplift. Junior doctors all fall under the last year of a pre-agreed multi-year pay deal of 2%. Very senior managers are receiving 3%, with an additional 0.5% on top if their organisation chooses to award it. And people working under Agenda for Change – the vast majority of staff in the NHS – are receiving between 1.3% and 7.4%, depending on their pay band.

These variations in pay uplifts can cause difficult dynamics in teams which are often comprised of staff groups working together. The British Medical Association has made clear that the approach has left junior doctors in particular feeling undervalued. The picture for Agenda for Change is interesting, as the pay award has been administered in such a way that lower paid staff see a proportionally greater percentage uplift than those in higher pay bands. While this is an encouraging move towards a more progressive pay award than a flat-rate percentage for all staff, even the highest increase in Agenda for Change salaries (7.4%) is out of step with inflation, as the Consumer Prices Index currently stands at 9.4%.

Ultimately, then, all NHS staff are seeing real terms pay cuts, as the government has opted not to use the lever of the pay award to address sharp rises in the cost of living. Critically, government has also chosen not to fully fund the pay award. This means that the service is facing two immediate issues: a drop in staff morale, alongside exacerbated industrial relations; and a reallocation of national funding to the tune of £2bn, in order to make up the shortfall between what was budgeted for and what has been announced.

Trust leaders are concerned about the impact of this funding gap and about retaining talented and skilled staff, during what the health and social care select committee recently termed "the greatest workforce crisis" in the service's history. This £2bn hit to health budgets will ultimately affect services, staff and patients. NHS Providers' recent report outlines how challenging it already was for the NHS to operate within its allocated financial envelope. As inflation eats away at the NHS settlement, there is now also a reprioritisation exercise between the Department of Health and Social Care and NHS England (NHSE) to make more funding available for staff pay. While this exercise is ongoing, NHSE has already confirmed that commitments on technology transformation will be delayed. This will stall progress towards meeting the ambitions of the NHS Long Term Plan, limiting the service's capacity to improve patient care and outcomes, and leading to multi-year effects – not only in terms of the knock-on health impacts, but also because pay is a recurrent cost.

A recent Ipsos poll has shown higher public support for NHS strikes than for industrial action in any other sector.

The Royal College of Nursing, the Royal College of Midwives, and the British Medical Association have now begun surveying their members on their appetite for industrial action. Any appetite is likely to grow in coming months, given the increase of the energy price cap in October, fuel costs continuing to rise, and pension contribution rate increases for many lower and middle band staff in autumn. A recent Ipsos poll has shown higher public support for NHS strikes than for industrial action in any other sector. The very real possibility of strike action in coming months would hugely impact the ability of the NHS to deliver services, and it is immensely important that government immediately and constructively engage with staff groups who are considering it.

Trusts are doing all they can for their workforce within the financial constraints they are operating within – trusts have told us of moving all employees off the lowest pay bands, offering small staff grants where possible, and even setting up food banks. But it should not have had to come to this. We are facing a critical juncture for the NHS' ability to deliver the quality care patients want and deserve, amid difficult decisions about what to cut or delay to fund the pay award, and with the risk of losing staff and navigating the choppy waters of industrial unrest. Prompt, collaborative action is now necessary from government.

This blog was first published by Public Sector Focus.

Sarah is the senior policy officer on the workforce team.

With a background in terms and conditions of service for medical workforce, Sarah has extensive experience in policy development, influencing and national negotiation. Read more

Miriam Deakin discusses why the government must set the NHS pay award at the right level so that trusts don’t risk losing even more staff or face industrial unrest.