Pension solution must work for all NHS staff 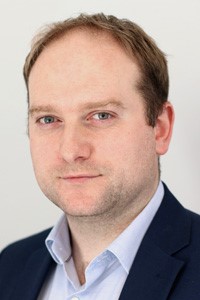 In recent months a longstanding NHS pension problem entered the spotlight and became a pension crisis. We’ve now reached a welcome if critical juncture in this story with government departments actively seeking a solution.

NHS Providers has been vocal in its warnings over the annual allowance tax issue, which – while undoubtedly creating issues for other public sector services – has introduced a perverse incentive for senior doctors in particular to reduce their working hours or retire early, and discouraged many NHS staff from seeking career advancement. That has had a demonstrable and damaging impact leading to longer delays for patients, and growing waiting lists.

So it was good to see the proposals published this week by the Department of Health Social Care and the Treasury including measures to allow senior clinicians in the NHS pension scheme to adjust their contribution rates. But while this is a good step forward, it does not solve pension problems for all NHS staff. Not by a long shot.

The proposed flexibilities for pension contributions apply only to senior staff on clinical contracts and therefore exclude NHS managers and staff on lower pay. The government is taking a huge risk by excluding these groups from its thinking.

The proposed flexibilities for pension contributions apply only to senior staff on clinical contracts and therefore exclude NHS managers and staff on lower pay. The government is taking a huge risk by excluding these groups from its thinking.

Leaving managers out of this proposal is short-termism at its worst and some directors say they have been left feeling like second class citizens in the NHS as a result. Like many consultants, senior managers including those with board level responsibilities are being faced with tens of thousands of pounds in unpredictable annual tax bills as a result of the current pension rules, with many considering whether to quit the pension scheme or leave the NHS altogether.

It is easy to overlook the role of managers in providing safe and effective care across the country, but talented individuals willing and able to step up to these challenging leadership roles are central to the running of large and complex organisations, typically managing several thousand staff within a single trust, and a budget that could range from £150m to £1.5 billion.

The NHS has considerable difficulties attracting people to leadership roles and retaining those who can make a real impact. A report by The King’s Fund and NHS Providers last year found that one in three trusts have a vacancy on their board and around half of directors currently working in the service have been in post for less than two years.

There’s good evidence linking continuity of trust leadership is to quality of services. So it’s puzzling that managers have been left out of current proposals. We can’t afford to lose more NHS managers to the private sector, where conditions around pay and pensions are likely to be more flexible. And we should do what we can to encourage clinicians to step up to leadership positions, where they have been shown to play a key role in improving safety and quality of care.

But there’s emerging evidence that they are avoiding promotions.  Many of those opting out will be prospective medical directors and nursing directors, key leadership roles without which the NHS cannot operate effectively, or other roles where frontline care responsibilities are combined with the crucial function of leading a clinical team. While pension flexibilities exist for senior clinicians, but not those taking on management responsibility, staff are being directly discouraged from moving into these roles.

Most NHS staff in the early phase of their careers will automatically pay 7% or 9% of their salaries as members of the NHS pension scheme, while friends and family in other sectors give up far less of their pay to pensions. While this incurs significant benefits for retirement it can be hard to afford in the here and now given the vast majority of new staff earn below the UK-wide median wage.

The progress made for senior clinicians through these new proposals is welcome but there is a risk of alienating other groups if we do not address this issue quickly and fairly. It is essential we ensure proposals to solve such a complex and pervasive issue are forward thinking and reflect the goal to build a cohesive and inclusive National Health Service fit for the future.

This piece was first published in the HSJ.

On the day briefing: pensions announcement and local schemes

We respond to the government's new pension announcement, summarising the feedback we have received from trust on potential local approaches.

NHS pensions consultation welcome but key groups must not be overlooked

Miriam Deakin responds to a BMA survey which reveals 40% of hospital consultants are planning to reduce their working hours due to current taxation rules.