Opening up to the power of speaking up 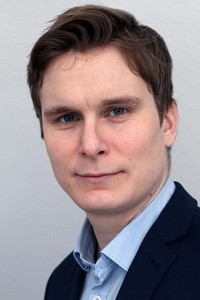 Extensive research has demonstrated that speaking up improves the experience of staff and protects the safety of patients. When an issue emerges or a mistake is made, it is vital that staff are encouraged to speak up and that lessons are learned going forward.

We know the severe consequences to patient safety and quality when staff do not speak up. And in 2015, the freedom to speak up (FTSU) review led by Sir Robert Francis said NHS trusts needed to develop and maintain an open and honest reporting culture, where staff feel supported and empowered to voice their concerns.

There are now 700 FTSU guardians across England, who each provide an alternative pathway for staff wanting to speak up.

Two important changes followed the publication of the review: the creation of the National Guardian's Office (NGO), an independent and non-statutory body, to lead on culture change in the NHS, and a requirement that all trusts must appoint a FTSU guardian. FTSU guardians are guided, trained and supported by the NGO. There are now 700 FTSU guardians across England, who each provide an alternative pathway for staff wanting to speak up, as well as work across the organisation to identify and address obstacles to speaking up. The role has made significant headway since its inception, with 20,388 cases raised between April 2020 and March 2021 using this pathway, a substantial increase from the 7,087 cases raised in the same period from 2017 to 2018.

Since then, national figures have demonstrated a positive shift in the percentage of NHS staff feeling safe to speak up. The latest NHS staff survey found that 65.6% of staff now feel safe to voice their opinions, while only 13.3% of staff disagreed. The culture of speaking up improved from 2019 to 2020, and a correlation was identified between the perception of a positive speaking up culture by staff and a trust's CQC rating, further highlighting the importance of these advancements.

Nevertheless, despite the considerable progress made since the speak up review was published, we can see that a significant proportion of staff remain fearful of speaking up. Clearly, more remains to be done to cultivate open cultures which ensure that all NHS staff feel safe and supported.

For instance, although the most recent NHS staff survey found that a large majority of staff felt safe to speak up (65.6%), certain groups of staff, including black and minority ethic staff (62.1%) and staff with long-term health conditions (57.7%), were less likely to feel safe speaking up. Variabilities across care settings were also noted, with those in ambulance services reporting feeling lower levels of safety in speaking up. Additionally, the latest findings from the survey of FTSU guardians demonstrated that many still perceived the existence of significant barriers to speaking up within their NHS organisation.

October is speak up month, and while it is reassuring to see positive change occur so rapidly across the NHS, it is important that this time is used to reflect on the progress made.

October is speak up month, and while it is reassuring to see positive change occur so rapidly across the NHS, it is important that this time is used to reflect on the progress made, as well as focus on what more can be done to ensure that all staff feel safe to speak up. In the NGO's latest annual report, 48% of FTSU guardians reported not having enough time to fulfil their role. Given the intense operational pressures faced, this is not surprising – but equally, it is at times like this that patient safety must be an absolute focus, with the role of staff speaking up in these circumstances critical.

Maintaining the visibility of FTSU guardians and how to access them, as well as providing time and support to take up training – such as the NGO's 'speak up, listen up, follow up' e-learning package – are all helpful signs of a commitment to taking concerns seriously. Yet we also need to remember that this is a whole organisation, and indeed whole system, endeavour. The role of the FTSU guardian is not to stand alone, but as part of a wider safety-focused culture. They are representative of a willingness to be open and to learn. That openness is essential – openness to things having gone wrong, openness to complexity, openness to change.

Keegan is the policy advisor for quality at NHS Providers. He has a background in health research, where his PhD and postdoctoral work focused on areas such as patient safety, quality, policy, organisational culture, and risk with NHS staff across England. Read more

Understanding your culture: what boards need to know

Dr Henrietta Hughes, national guardian for the NHS National Guardian's Office, discusses the importance of Freedom to Speak Up Guardians and the key role boards can play in ensuring its effectiveness.