Healthcare workers must be protected from immigration insecurity 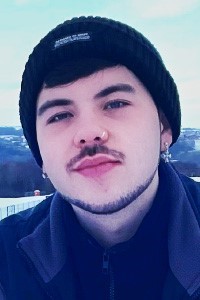 There are currently 170,000 overseas NHS workers from 200 countries residing within the UK. Migrant workers have been essential to the operations of the NHS ever since its inception in 1948. Throughout the COVID-19 pandemic, many migrant healthcare workers have faced immigration insecurity, despite putting themselves at huge personal risk by delivering care in the face of the virus. In recent months, campaigns lobbying the UK government to grant migrant NHS workers indefinite leave to remain have gained momentum.

In 2019 the prime minister, Boris Johnson, announced a new "NHS visa" which would make it significantly easier for doctors and nurses from around the world to work in the UK. This visa would cost around £464, half the usual price, and would be guaranteed a decision within two weeks. This was established pre-pandemic, to mitigate any negative impact which Brexit would have in attracting overseas staff to the NHS, demonstrating how important migrant workers are for  the service.

Following this, in the peak of the first wave of the pandemic in 2020, the government announced that all non-European Union migrant workers in the health sector whose work visas were due to expire before 31 March 2021 would have them extended for another year with no fee.

This scheme has now been extended, to allow healthcare workers that fit the eligible profession criteria with visas due to expire between 1 April 2021 and 30 September 2021 to apply for a free one year extension. The scheme also allows dependent family members of healthcare workers, such as spouses or children under 18, to apply for the visa extension too.

In November 2020, the Immigration (Health and Social Care Staff) Bill 2019-21 was put forward, which intends to offer migrant healthcare workers indefinite leave to remain. This is similar to the actions taken in countries such as France, where full citizenship is being granted to frontline migrant workers. The bill is supported by the Royal College of Physicians, the Royal College of Nursing, the Doctors Association UK, Independent Age and Unison, and MPs are thought to have received upwards of 7,400 letters of advocacy for the bill.

However, the second reading of the bill was delayed in January 2021 due to the Commons' COVID-19 safety rules. The Liberal Democrat MP Christine Jardine, who sponsored the bill, has since called on the government to consider debating the bill remotely due to the urgency of its nature, stating "I make no bones about the fact that I would like the government to recognise the contribution made by the NHS workers – the foreign nationals – who have done so much for this country in this crisis".

There is debate around the legitimacy of an immigration system built on the idea of 'deserving' and 'undeserving' migrants, but given that this is the current approach of the UK system, it is difficult to predict how the government could argue that migrant healthcare workers who have served the NHS during a pandemic are not 'deserving'.

Although the visa extension scheme has been extended, there is still a degree of fear in many healthcare workers as to what security will be offered to them after the 30 September deadline.

The delay of the members' bill has had a serious impact on morale for migrant staff, as it would offer significant reassurance in the face of immigration insecurity for many. Although the visa extension scheme has been extended, there is still a degree of fear in many healthcare workers as to what security will be offered to them after the 30 September deadline. Furthermore, some have reported fears that catching COVID-19 in the future may lead to their deportation, as the inability to work would put their immigration status at serious risk. This highlights a significant flaw in the current system.

Without serious support for the bill being shown, the government could continue to delay the process of second and third readings. As the visa extension for healthcare workers is not permanent, it is more important than ever to ensure that the government understand the importance of moving forward with the bill to ensure migrant workers are given security.

Aaron Gates-Lincoln is a correspondent for Immigration News, a media platform that helps raise awareness for migrant injustices and news around the world.

What does the post-Brexit immigration system mean for Trusts?

Cath Witcombe, public affairs manager, examines changes to the UK's immigration system since the end of the Brexit transition period, and the potential impact for trusts.