Did Brexit drown out the NHS long term plan? 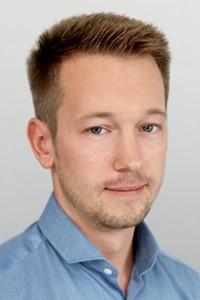 It would be hard to argue that Brexit hasn’t dominated the news agenda at the beginning of 2019.

Brexit itself helped the BBC Parliament channel achieve higher viewing figures than the music and reality channel MTV, during the week of the delayed ‘meaningful vote’ on the withdrawal agreement.

Recent Populus polling showed that not only is Brexit dominating coverage, but a record number of people are engaging with the story.

Recent Populus polling, tracking the news stories that people are noticing, showed that not only is Brexit dominating coverage, but a record number of people are engaging with the story. Each week in January, Brexit was the top story. Even before the meaningful vote and subsequent series of votes, attention was fixated on ‘no deal’ preparations.

Based on this, you’d be forgiven for thinking - is anybody writing about anything else?

But for us working in the health and care policy world, January was a big month. The much anticipated NHS long term plan was published. This sets out how the health service in England will seek to make the most of the extra the £20.5billion increased funding announced by the government.

Yet, in that Populus polling, there is no mention of the NHS. The prime minister labelled the plan “a historic step” to secure the future of the NHS. Was this historic moment drowned out by Brexit?

The first indications of Brexit “interference” came with the publication date of the plan. It was reported that NHS England, and its boss, Simon Stevens hoped to publish the plan before the end of 2018. That deadline came and went.

Reporting from the Guardian claimed that the NHS leaders were forced to postpone publication due to a lack of ‘bandwidth’ within the government to properly engage with the plan.

Reporting from the Guardian claimed that the NHS leaders were forced to postpone publication due to a lack of ‘bandwidth’ within the government to properly engage with the plan.

At the same time, Theresa May postponed a ‘meaningful vote’ on the negotiated withdrawal agreement when it became clear there would not be a parliamentary majority for it. This vote was subsequently moved to the third week in January and lost. The PM also faced and survived a ‘no confidence’ vote in her leadership of the Conservative party as an early Christmas present.

These votes moved the focus away from the NHS long term plan and inevitably dragged out a ‘will she’ or ‘won’t she’ get the Brexit deal through narrative. That’s what overshadowed the launch during the second week of January.

These votes moved the focus away from the NHS long term plan and inevitably dragged out a ‘will she’ or ‘won’t she’ get the Brexit deal through narrative.

Let’s look at the launch itself. Both the prime minister and the health and social care secretary Matt Hancock took to the Sunday morning political programmes to trail the plan. Theresa May spent most of her interview fending off questions about the upcoming vote and the future of her leadership.

Matt Hancock faced questions about ‘no deal’ preparations for the NHS following his reported comments to the cabinet that he could ‘not guarantee’ that people would not die in the result of a disorderly exit. He has since disputed that claim.

The launch itself took place at Alder Hey Children’s Hospital in Liverpool. The prime minister gave a short address before taking questions from journalists. The first question? - you guessed it - Brexit.

If the prime minister wanted to use the NHS long term plan to change the national narrative away from Brexit was she succeeding?

I’d say no.  As is the case with so many other domestic political issues, Brexit and the NHS have become inextricably linked.

As is the case with so many other domestic political issues, Brexit and the NHS have become inextricably linked.

The government itself has said that the increased funding for the NHS is linked to a ‘Brexit dividend’ as a result of our departure from the EU. This joins the fates of NHS funding and the outcome of Brexit – a continuation of the infamous Brexit referendum bus slogan.

Brexit also provides the health and care sector with considerable uncertainty. Worries about the future relationship with the European Union are damaging the ability of the NHS to attract and retain the staff it needs from overseas. It has also raised important questions about the supply of medicines and equipment. Trusts are planning, but they urgently need more clarity.

So did the plan generate the positive headlines the government and NHS leaders would have wanted?

Coverage of the plan achieved two days of national newspaper front pages, with Simon Stevens and NHS commentators across the key broadcast channels. Headlines from the media were broadly positive covering different areas of the plan including the commitment to save 500,000 lives by shifting to prevention, cancer gene testing, a funding increase for GP, mental health and community services, and the use of digital technology such as skype consultations to boost efficiency.

Health and care stakeholders and commentators were also broadly supportive. NHS Providers for its part welcomed the ambition of the plan but along with others, warned that growing workforce challenges were a risk to its delivery. Its success would also depend on factors outside the NHS' control including finding a sustainable solution to the social care crisis, support for public health, and investment in training and capital budgets.

The publication of the NHS long term plan was a pivotal moment for the NHS. It represents the best opportunity to get the service back on a sustainable footing to meet the demands of the future. NHS England, NHS Improvement and the government may be pleased with its initial reception, but will undoubtedly be exasperated by the relentless distraction of Brexit.

NHS England, NHS Improvement and the government may be pleased with its initial reception, but will undoubtedly be exasperated by the relentless distraction of Brexit.

Attention will now turn to how the ambitions of the plan will become a reality and legitimate questions will be asked about what we should be prioritising. Those in the health and care sector are rightly cautious about overpromising and underdelivering. But it remains to be seen if these crucial caveats have been registered with the public.

Brexit isn't going anywhere. With our scheduled exit day on March 29 fast approaching, there is a serious risk that these fundamental questions about the future of the NHS and the debate around them, will continue to be overshadowed.

This article was first published by National Health Executive on 20 February 2019.

Simon is our Media Relations Manager. He supports the Director of Communications to develop and lead media relations activities for NHS Providers and manages the effective running of our press office.

The NHS long term plan must avoid promising too much

Ahead of its publication, Chris Hopson warns that the NHS long term plan must be ambitious but realistic and avoid becoming an undeliverable wish list.

The Community Network, established by NHS Providers and the NHS Confederation, responds to the publication of the NHS long term plan.

We respond to planning guidance from NHS Improvement for 2018/19.