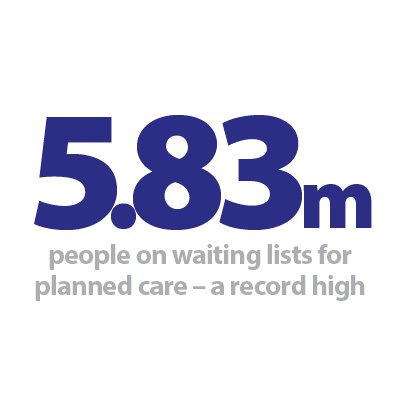 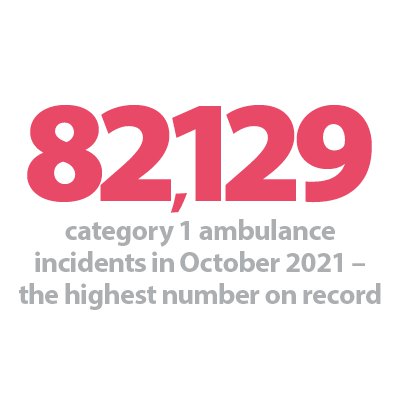 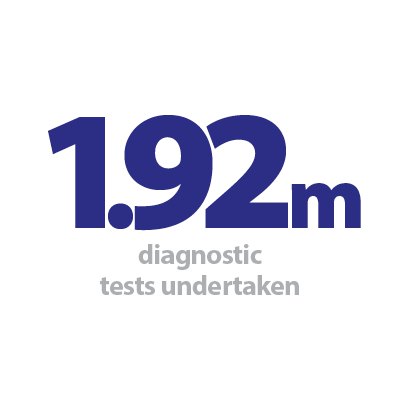 As winter fast approaches and COVID-19 pressures continue, the NHS is preparing for the months ahead. Many trust leaders have noted their concerns around potential rises in COVID-19 cases alongside seasonal infections, as well as concerns about capacity to meet demand over the coming months.

The statistics published today highlight an extremely busy month with increases in activity in many parts of the service. Significant pressures have been felt in many clinical areas, particularly in the urgent and emergency care pathway which saw record numbers of category 1 incidents.

Each month, NHS England and NHS Improvement publish statistics looking at activity and performance across a range of services including urgent and emergency care, routine care, cancer, and mental health. Below we set out the latest trend for each clinical area.

NHS 111 and ambulance: Ambulance category 1 incidents continue to rise as they reach the highest levels since records began. This highlights the increased demand and pressures across the urgent and emergency care pathway.

A&E and emergency care: activity across emergency departments increased this month but remains around or below levels seen before the pandemic. Performance against national targets continued to deteriorate, with the service registering the worst performance on record.

Elective care: referrals continue to outstrip activity as the waiting list has grown again in September 2021, reaching a record high of 5.83 million. This month, the number of patients waiting for longer than 18 and 52 weeks has also increased.

Diagnostics: diagnostic activity increased in September 2021 and remains slightly below pre-pandemic levels. However, the waiting list has increased and is at an all-time high.

Cancer: performance against the waiting time standards continued to deteriorate and the NHS is missing all key national targets; however, activity is higher than pre-pandemic levels.

Mental health: the number of people in contact with mental health services has fallen this month, but levels still remain high.

This month's data highlight one more time how NHS staff are working diligently across physical and mental health services, doing their utmost to balance COVID-19 pressures with increased demand for non-COVID care. As we head into the winter months, trusts are facing a challenging time ahead with increasing pressures across the service.

This month's data also showed activity increases in diagnostic testing and elective care. Equally, cancer activity remains higher than pre-pandemic levels and more people were being seen for treatment this month. These remarkable achievements are a true testament to the work of NHS frontline staff. However, the number of patients waiting for their treatment to start keeps growing to worrying levels.

As always, NHS staff continue to work tirelessly but the ongoing COVID-19 pressures, staff shortages and the care backlog remain significant challenges, ahead of what will no doubt be a very difficult winter.

Dr Nikki Stevenson discusses how Wirral University Teaching Hospital NHS Foundation Trust has a new trial in their A&E department at Arrowe Park Hospital, potentially enabling people to receive care faster and closer to home, if they do not need emergency care.

We launched a pilot on 25 October which sees a change to the way patients who attend our A&E at Arrowe Park Hospital are cared for, potentially enabling them to be treated faster and closer to home.

Any patient attending A&E who needs emergency treatment will still receive it, however, under the new pilot, anyone attending whose care is not an emergency could be directed to an alternative service in the community more appropriate for their care, and where it is safe to do so. They could be directed to an appropriate service such as an urgent care centre, walk-in centre, minor injury unit, a local GP or a local pharmacy. The pilot builds on the national NHS 111 First campaign which was launched in December 2020 and aims to ensure patients are seen in the right healthcare setting at the right time.

As is the case nationally, our A&E in Wirral has seen an increase in patients arriving compared to before the COVID-19 pandemic. In the first eight months of 2019, there were 59,599 people attending A&E. This compares to the same period of 2021, where there were 62,385 attendances. This is an additional 2,786 attendances, which is a 5% increase. Many of those attendances were not emergencies. If this trend continues over this year, there could be 4,000 additional attendances compared to 2019.

One of the major benefits of the pilot is expected to be a significantly improved patient experience. The experiences of our patients are a top priority, and we are undertaking this pilot to ensure we are providing the highest possible standard of care to those coming to our hospitals for emergency treatment.

Crucially it is also expected to reduce long unnecessary waits in A&E.  The range and breadth of high-quality health care services available to people across Wirral is considerable and while we understand people are often anxious to be seen quickly when they do attend A&E, it is often the case that they could be seen more appropriately, and considerably more quickly, elsewhere. This initiative will also enable emergency care teams to focus on patients who attend with an emergency.

Another significant benefit of the scheme is how it will ensure social distancing is maintained in the A&E waiting area, keeping urgent patients and staff safer from the spread of COVID-19 and other infections.

We also want to reassure our local community that if they have an emergency, we are open and are here to care for them. In an emergency, people should always still call 999 or come to emergency departments. Where people need to access NHS services, but their need is not an emergency we would urge people to contact 111 online in the first instance and allow the experienced call-handlers to direct them to the best service for their care. 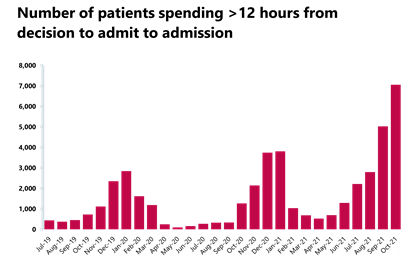 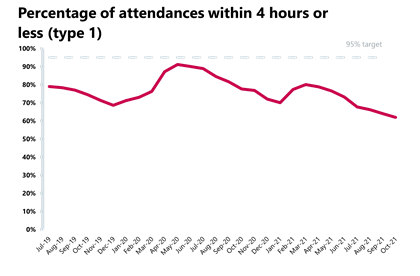 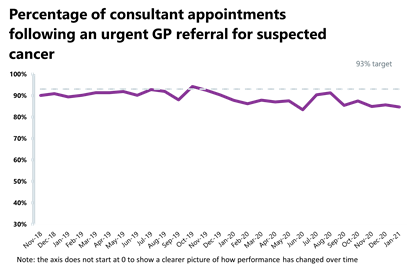 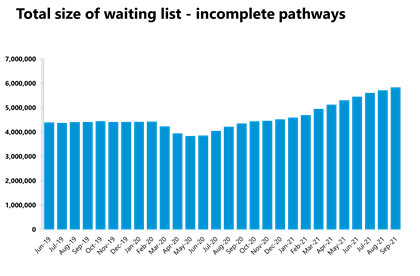 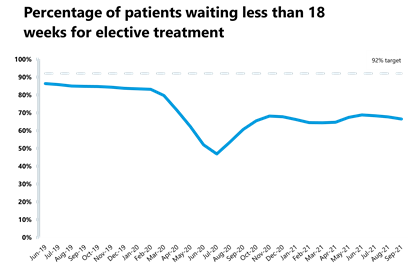 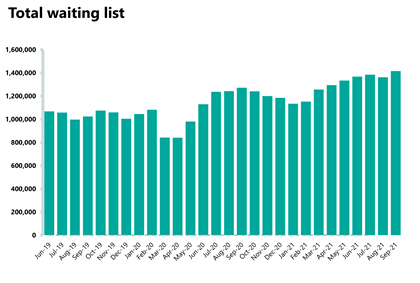 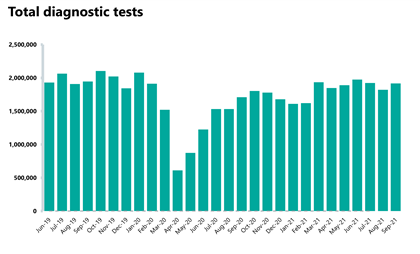 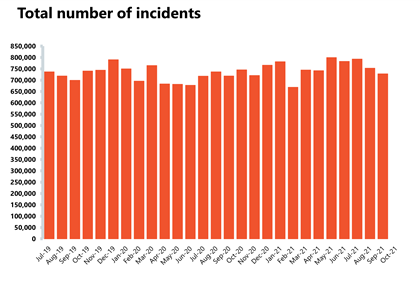 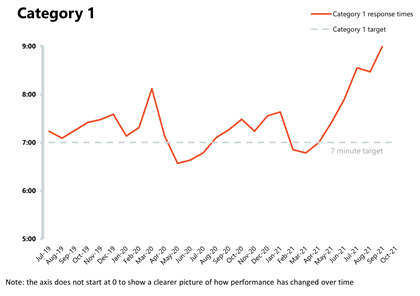 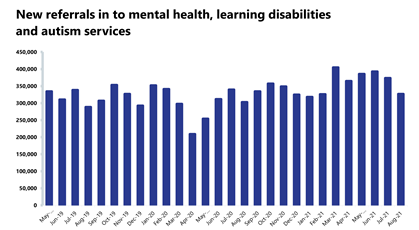 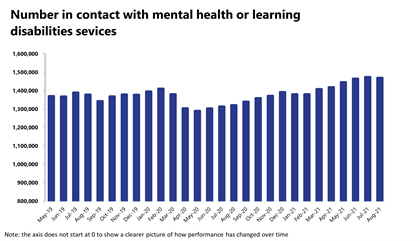 NHS steps up but pressures intensify with winter on the way

"These figures underline in stark detail why trust leaders are increasingly concerned about winter approaching, with pressures set to intensify.

"This is being felt right across the health and care system including hospitals, community, mental health services and primary care.

"Ambulances services are operating at the edge of their limits, with record numbers of 999 calls answered in October for the most seriously ill patients. Emergency departments are coming under considerable strain with a record 1.42 million people being treated in October.

"The human impact of these pressures is a huge cause of concern for trust leaders. While it is positive that diagnostic tests and cancer referrals are both up compared to this time last year, the significant rise in the number of patients waiting over two years for their treatment to start, with waiting lists for planned surgery now hitting 5.8 million, is very worrying.

"NHS staff continue to go above and beyond, but chronic staff shortages, the ongoing threat of COVID-19, and the significant care backlog are ramping up the pressures on the health and care system.

"Trust leaders are also concerned about the crisis in social care, which the government must focus on to ensure vulnerable people are kept well and able to return home safely with support after treatment.

"The NHS is running hot already, ahead of what is expected to be an extremely difficult winter."