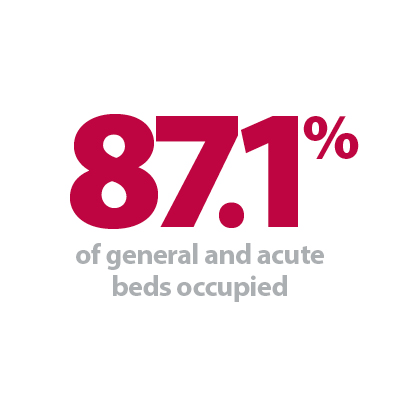 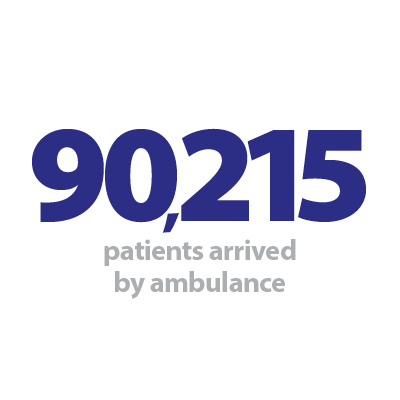 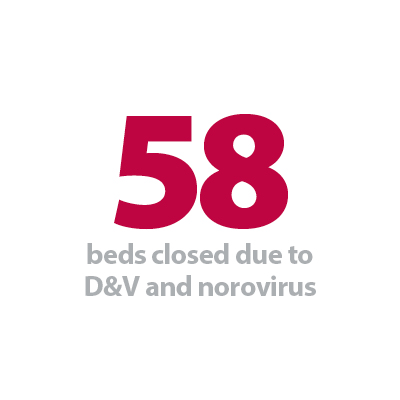 Our Winter watch 2020/21 campaign kicks off today following the release of the first week of the full NHS winter sitrep data from NHS England and NHS Improvement. Every Thursday until the end of February, key activity and demand figures from across the NHS will be published, and we will be analysing the data and highlighting key trends to understand the pressure trusts are under throughout the winter. Additionally, we will be featuring contributions from members and stakeholders to connect the numbers with the experiences of trusts and staff working on the frontline.

This year, the added complexity of COVID-19 means trusts are working with additional infection prevention and control (IPC) requirements, and the need to segregate patients according to their COVID-19 status means many settings have reduced capacity. Staff are exhausted following the extreme pressures of the first wave and the ongoing challenges to treat their local population in recent months. While positive developments, including vaccine progress and scaled up point-of-care testing, give hope for the future, the situation facing trusts right now remains as difficult as ever.

This week, the monthly NHS performance and activity figures were released in addition to the winter sitrep data, and these provide useful context for the state of the sector heading into winter. Since recovering from the first peak of the pandemic in the early part of the year, trusts have been working extremely hard to restore routine services and address backlogs where they had built up.

Key points to highlight include:

Turning to the weekly sitrep figures, it is important to consider the different situation trusts are operating in this year when making comparisons with last year's data. We can see that activity is high, but within a number of the indicators, encouraging signs can be found:

With COVID-19 in the mix, trusts have plenty of reasons to be concerned about the coming winter, but these weekly figures suggest the ‘seasonal’ element of the pressure is only starting to be experienced. Given the negative effects that widespread D&V and norovirus outbreaks can have on capacity and patient flow, fingers will be crossed that the current low levels can be maintained into the new year.

Additionally, laboratory indicators suggest influenza activity is low, and although there is limited testing capacity available, it is logical to assume that reduced contact and transmission in the community (possibly due to public IPC measures such as facemasks) is a contributing factor.

Each week in Winter watch, we will feature a contribution from a member or stakeholder organisation to highlight how they are tackling a specific issue in their patch. Today we hear from Stephanie Riddington, communications officer at The Newcastle Upon Tyne Hospitals NHS Foundation Trust, who outlines their efforts to come up with new and innovative ways of treating both COVID-19 and non-COVID patients in intensive care settings. Considering the North East and Yorkshire region currently has the second highest number of COVID-19 hospital admissions in the country this is particularly timely, and the examples and techniques flagged will no doubt be relevant to trusts nationally in the coming months.

While the winter months are traditionally the hardest for the NHS, placing hospital wards under greater pressure, this year staff face the added complication of a global pandemic.

Yet despite COVID-19, health care teams have pulled together to come up with new and innovative ways of continuing to provide care and treatment for patients and shown resilience throughout these testing times.

After opening its doors on 30 November, Ward 49 has cared for around 15 patients in the purpose-built facility. 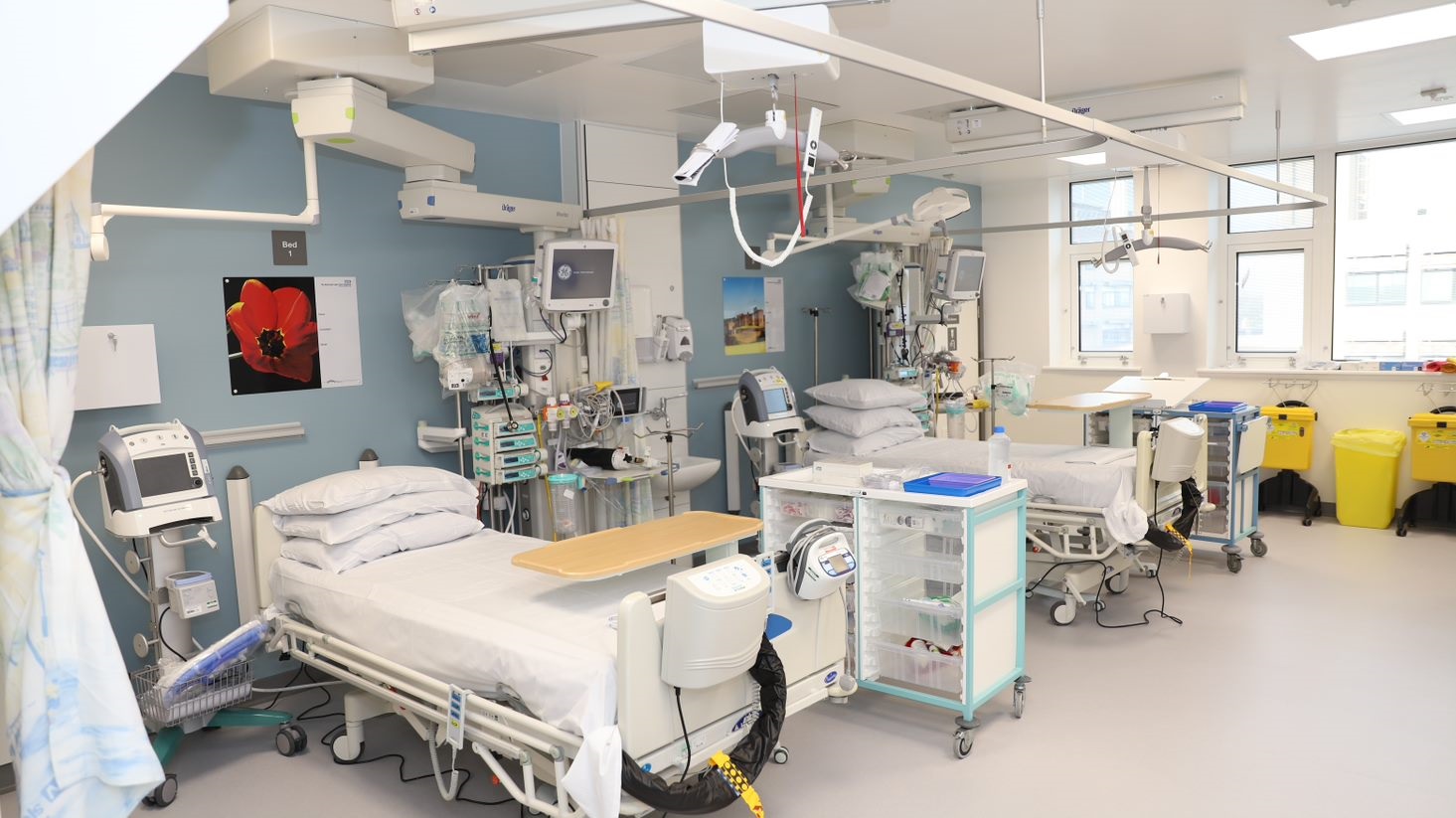 Before refurbishment, the ward was an ideal overspill ward for very unwell COVID patients during the first wave of the pandemic, but we knew we could do better for our patients and staff.

Everyone knows that hospital wards can be hot and sometimes uncomfortable. Add to the mix being in high-level personal protective equipment (PPE) for the duration of your time on the ward - with little rest bite – during one of the hottest summers in the UK.

As the trust emerged from the haze of the first wave of COVID-19 and pressure on clinical services started to ease, Newcastle Hospitals Estates Department started to put in place plans to create a new intensive care ward, with the standard medical Ward 49 as the foundation for repurpose.

A second wave was likely, and it had potential to be big, if not bigger than the first. During the short window between waves of cases, the trust's estates team, clinical teams, construction and medical architecture, worked round the clock to transform the ward in just 12 short weeks.

The new unit at the RVI is used to care for patients with more severe COVID-19 infection, including those requiring continuous positive airway pressure (CPAP) and a higher-level of monitoring under the care of the medical teams or those requiring critical care.

The ward has been designed in such a way that it can flex the way that beds are used between high-acuity medical beds, and full level three critical care beds, so the team can respond flexibly to changes in demands on admissions. 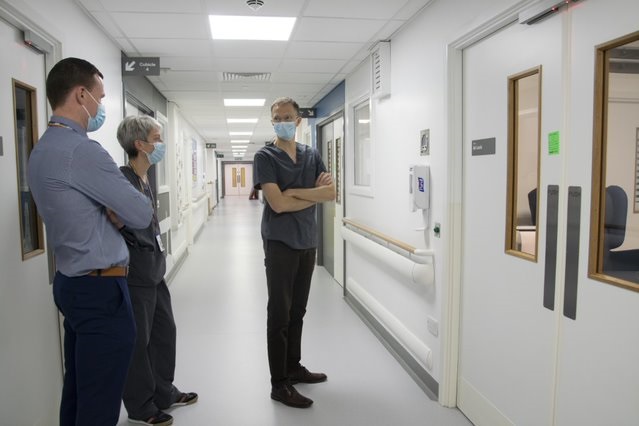 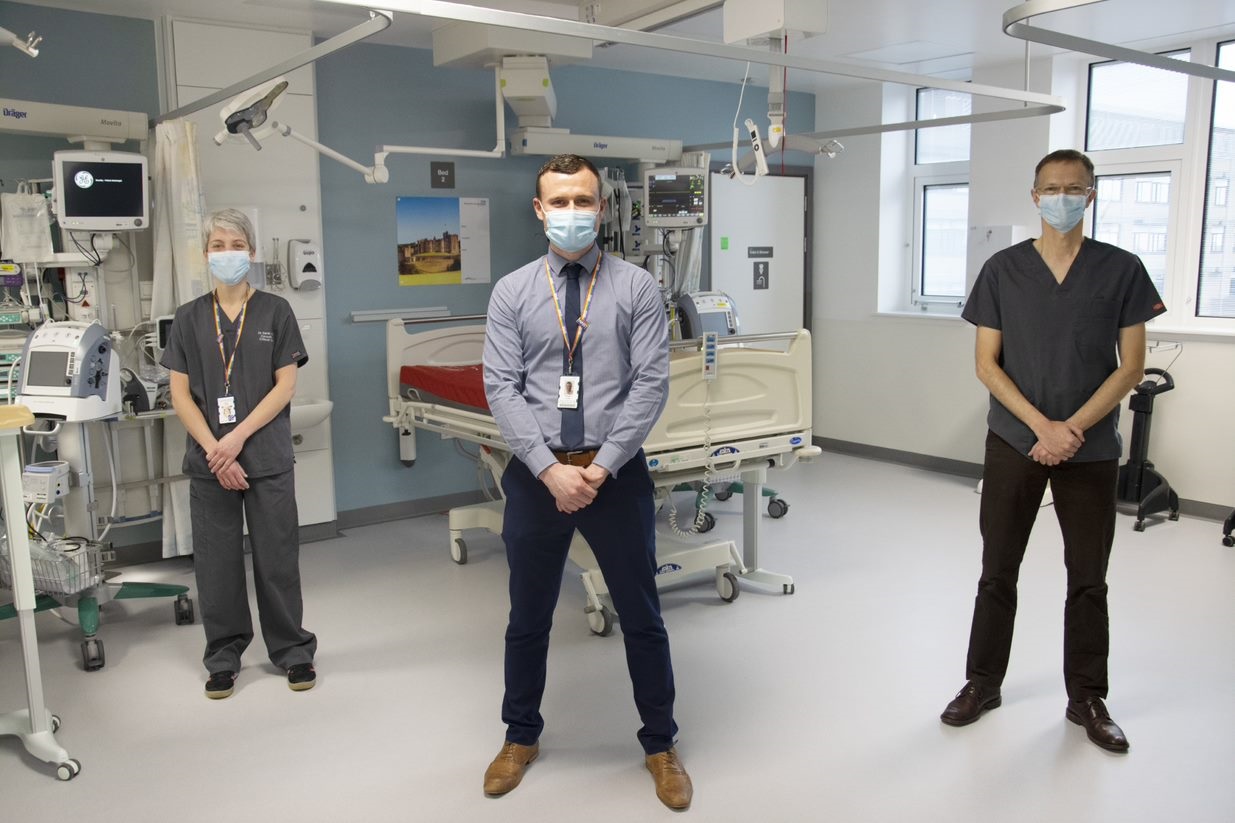 In addition, the newly designed ward layout and new air handling unit allows us to isolate each clinical area individually so that staff can don and doff PPE after leaving each clinical area, making the working environment much more comfortable for staff to work in going forward.

The ward also benefits from the highest levels of technology available as well as much needed rest and quiet areas, creating a more comfortable working environment.

As the regional centre for critical care, it is vital that we have this option to safely expand critical care beds when we need to, for any eventuality. This unit is an additional jewel in Newcastle's crown as the anchor organisation in the North East.

Looking longer-term, this unit provides the Royal Victoria Infirmary with a modern high-acuity medical ward for looking after the sickest medical patients, whilst also increasing the capacity of its existing intensive care unit.

Trusts under real pressure as we move into winter period

"There is no doubt that the winter ahead is going to be extremely tough for the NHS – it is grappling with the usual seasonal pressures, the second wave of COVID-19, the need to restore routine services, and the potential impact of a 'no deal' Brexit. Alongside this we must remember that the workforce, having worked tirelessly for months on end, is exhausted.

"The first week of formal winter reporting shows emergency care is in a better position than this time last year. While this is welcome news we must remember that this data reflects reduced attendance at A&E due to national and regional lockdowns. However, as seen in the monthly performance figures also released today, the high number of people waiting longer than 12 hours to be admitted is concerning, both in terms of patient experience and its potential to lead to A&E overcrowding.

"The monthly figures show that NHS activity levels continue to improve. We are now seeing similar cancer activity levels to before the pandemic and the number of diagnostics tests continue to increase. Tackling the number of patients now waiting over 52 weeks is a top priority for trust leaders, but it is encouraging to see that the number of operations has increased by 465% since April. This highlights just how hard trusts and staff are working, despite the challenges, to restore important routine services.

"Running NHS services is now much harder than usual given the stringent infection control requirements and the need to 'cohort' patients according to their COVID status. Hospital trust leaders are telling us that they have lost between 5 – 20% of their usual capacity. Wards are being repurposed, cumbersome PPE is being donned, and meanwhile many staff are self-isolating or shielding.

"These pressures are being felt right across the system – in acute, mental health, community and ambulance services, as well as in primary and social care settings.

"We must brace ourselves for the long winter ahead."