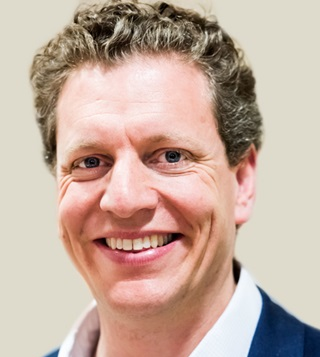 Imperial College Healthcare NHS Trust in west London was formed in 2007 following a merger of St Mary's NHS Trust, Hammersmith Hospitals NHS Trust and the faculty of medicine at Imperial College. It has five sites, employs 13,000 staff and serves a population of up to two million people.

Its overall CQC rating is 'requires improvement' but leadership is 'good', promoting the delivery of high-quality person-centred care.

Developing a more user-centred approach is key to improving the trust's services, says Dr Bob Klaber a consultant paediatrician and director of strategy, research and innovation at the trust.

"We did a lot of work over the last two years with patients, staff and the local community to find out what mattered to them and what we needed to focus on."

This provided the backdrop for encouraging innovative ideas, like the novel project on intergenerational care, where schoolchildren meet older people in the hospital environment. The fact that the project was not just about supporting patients but supporting the local community was key to the trust’s vision.

"We try to be an organisation where people can come up with ideas like that and we give them the tools and support to do it."

As with all new projects, the approach across the trust is one of continuous improvement, using the 'plan, do, study, act' (PDSA) approach.

"We had no idea whether the intergenerational proposal would work. We agreed we would test the idea in a one-off workshop, and evaluate what the elderly patients, children and staff thought of it."

The fact that the research inevitably involved a qualitative rather than quantitative approach was an added challenge.

The start-up funding from Imperial Health Charity, the hospital’s charity, was key, he adds.

"One of things that makes our organisation special is to give the headroom to do things like this – but the generosity and expertise of the charity has been really, really important. It wouldn’t have happened without that."

Research shows that older people admitted to hospital risk social isolation, functional decline and mental impairment. It's also estimated that more than 66% of hospital beds in the UK are occupied by people over 65. It’s also been shown that intergenerational activities – bringing children and older people together – has a positive impact on people's moods.

So when trainee GP, Charlotte (Lottie) Lance Taylor wondered if the idea of an intergenerational approach to care might work in a hospital environment, she already had some statistics to support her case.

The idea was already being used in some community settings in the UK and a 2017 Channel 4 programme Old people’s home for four year olds, had popularised the idea of nursery school age children visiting older people in a residential home.

With the support of Dr Bob Klaber, her supervisor, Lottie set up an hour-long workshop at Christmas 2017 at St Mary’s hospital. Linking with a single school, local children visited people on an older person’s medical ward.

The one-off trial was such a success that Lottie used it as the basis to secure funding for a year from the hospital’s charitable trust. She then took a year out of her studies to set up the project. The goal was to embed intergenerational care in the trust.

Since the project began in 2018, more than 80 children from five local schools, aged six to 12, have attended 52 workshops on dementia and communication, held in two hospitals. They have worked with more than 165 patients from nine hospital wards. The project also involved Dr Nicola Abraham from the Royal Central School of Speech and Drama to develop workshop content that teaches children about handwashing, hospitals, communication and dementia. The initiative has extended to Vauxhall City Farm bringing rabbits, guinea pigs and even an alpaca into the hospital as part of the project.

At the end of each workshop, participants were invited to comment on their experience, with feedback ranging from "it's fun here" (child) to "this is the most engaged I've seen my mother" (relative). Staff commented on how it had 'changed the dynamic'.

Second year GP trainee Lizzie McGeorge has taken over from Lottie, also taking a year out to build the project, with a further year's funding from Imperial Health Charity, "We are encouraged to be forward thinking," she says. The initiative has three phases: first to embed it, then to grow the concept within the community and evaluate it; and finally to spread it to other trusts.

Lizzie accepts the initiative doesn’t fit easily into the trust's conventional funding priorities. "We are never going to be able to show the impact on length of stay. But it really is making a huge difference to the patients and staff. And the children are learning huge amounts."

An unexpected spin off has been the effect on staff. "It has had a really profound and unexpected impact on the staff and their sense of meaning and purpose at work", says Bob Klaber.

The next move is set to spread the approach to a local nursing home with visits from eight to nine year olds. And children as young as three are already visiting an Age UK day centre.

The aim, rather than being an interesting but marginal project, is for intergenerational working to become a core way of looking after people.