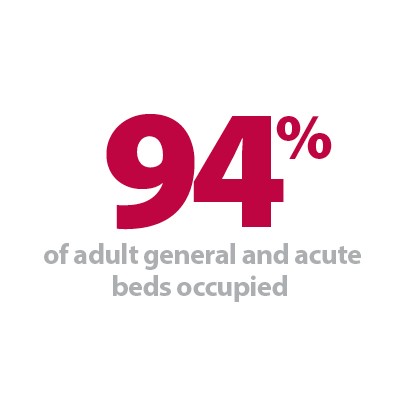 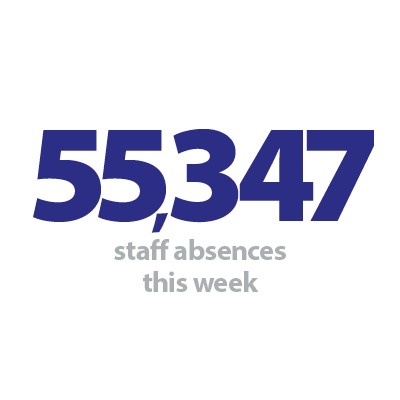 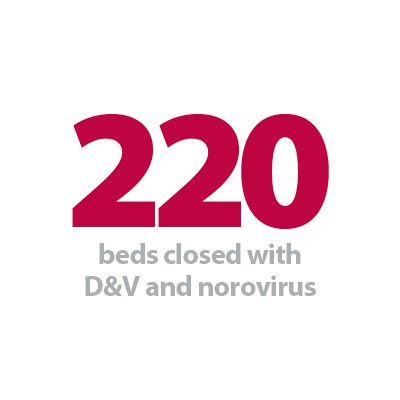 Today we saw the thirteenth week of the winter sit reps published by NHS England and NHS Improvement. This is the last in our NHS Winter Watch series for this year. It is now also one week after COVID-19 restrictions in England were fully lifted by the government including the legal requirement to isolate if you have COVID-19. Looking at UK Health Security Agency data this week, the number of COVID-19 cases continues to fall, but levels remain much higher than the same time last year.

As of Tuesday 1 March, there were 26,711 new cases recorded in England, down by 11% since last week. In comparison to the start of 2022, cases are down by 83.6% but compared to the same time last year, cases  remain much higher. As with last week, when looking at COVID-19 hospital statistics, there have once again been weekly decreases in admissions (-2.3%), the number of patients in hospital (-5.2%) and the number of patients in mechanical ventilation beds (-13.7%).

The ongoing decrease in COVID-19 hospital activity is undeniably reassuring, but the latest winter sit reps data continue to highlight the enduring pressures trusts are facing as we reach the end of winter.

This week, we are also seeing about one thousand more adult G&A beds open compared to last year, yet the occupancy rate is at 93.9% (compared to 85.8% last year), highlighting again the ongoing demand and the pressures trusts are facing. Delayed discharge figures remain concerning this week and suggest ongoing system wide pressures across the health and care sector. Encouragingly, although data still showed over 55,000 staff absences, these have been decreasing for seven consecutive weeks now after peaking at week ending 9 January with 88,516 total staff absences of which over half (52%) were COVID-19 related.

Overall, this week's data offer some more encouragement as we reach the end of the winter period, but it is important to highlight again that trusts are still under much more pressure compared to this time last year. It is still early to ascertain the impact, if any, of the lifting of all restrictions. What is clear is that, alongside a huge drive to scale up elective care, diagnostic output and cancer care to recover from the pandemic, bed occupancy in acute trusts remains high and there is still considerable pressure across the urgent and emergency care pathway. As we enter the spring and focus moves more towards recovery, understanding the complex and interdependent nature of emergency and planned care will be pivotal in reaching targets set out in the elective care recovery plan. 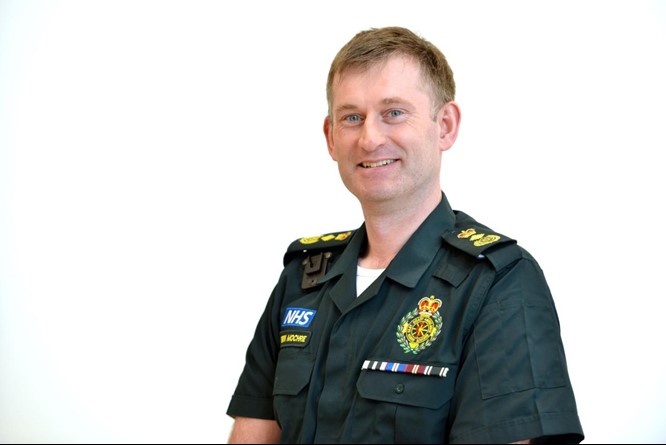 With winter being one of the busiest times for NHS ambulance services, a small number of frustrated members of the public have sometimes vented their anger on NHS ambulance staff who are simply doing their jobs, caring for people and saving lives.

Every day last year, a staggering 32 ambulance staff were abused or attacked – more than one during every hour of every day throughout the whole year: a total of 11,749 staff. This was an increase of 4,060 incidents over the last five years. The most significant rise covered the initial period of the COVID-19 pandemic in 2020 when assaults jumped up by 23% compared with the year before. The assaults included incidents of kicking, slapping, head-butting and verbal abuse, and ranged from common assault to very serious attacks involving knives and weapons.

This is why the Association of Ambulance Chief Executives – with support from NHS England and NHS Improvement – is leading a new national campaign to promote respect for our ambulance staff across the country.

This week we launched the national #WorkWithoutFear campaign to highlight the profound impact of this abuse on the everyday lives of ambulance staff and to encourage the minority of people who might commit these offences to have respect for the people who are trying to help them, their friends and families when they need it most. Unfortunately, it is a grim reality that ambulance staff face the possibility of violence, assault and aggression every time they start a shift. When they occur, these attacks have a significant and lasting impact on the team member, affecting every aspect of their life. Despite that, ambulance staff continue to turn up for work to help and serve their local communities.

We hope this campaign raises awareness of the impact of this behaviour on individuals, emphasises that it is totally unacceptable in any form and ensures that our staff are treated with the respect they deserve. The Assaults on Emergency Workers Offences Act 2018 legislation is in place, but we must now see the judiciary consistently using that to issue the most appropriate sentences to those found guilty of committing these appalling crimes. The health and social care secretary Sajid Javid has backed our campaign and has reassured us that the government is taking action to protect all staff through the NHS Violence Reduction Programme, as well as backing the NHS, police and the Crown Prosecution Service to bring abhorrent offenders to justice.

The campaign has also been backed by many health organisations, unions, fire and rescue services, police forces, membership bodies and high profile senior people including NHS England and NHS Improvement chief executive Amanda Pritchard, all of which is a particularly welcome sign that this issue is being taken very seriously at the highest levels.

Our research shows that alcohol is the most prominent factor in assaults against ambulance staff, followed by drugs and people in mental health crisis. Race and sexuality have also increased as exacerbating factors in these assaults. Assaults against female staff have seen a 48% increase in the number of attacks over the last five years, while younger ambulance staff (aged 21-34) have seen the largest increase in assaults compared to other age groups. Two-thirds of offenders who assault ambulance staff are male and one third is female. While the vast majority of patients and the public are grateful and thankful for the care they receive from us, it is sadly the small minority who are aggressive and abusive that have a significant impact on the professional and personal lives of our ambulance staff. By highlighting this with our #WorkWithoutFear campaign we hope to encourage positive behaviour change and to encourage more appropriate sentencing for those found guilty of attacking our staff.

The campaign features several staff from all over the country who have been the victims of assault, including West Midlands Ambulance Service University NHS Foundation Trust paramedics Deena Evans and Michael Hipgrave, who saw their attacker jailed for nine years after he stabbed them as they went to help him. Deena has talked of how this has changed her life significantly and how she was only able to begin the healing process when her attacker was behind bars. Unison national officer Alan Lofthouse got it spot on when he said: "Staff have the right to go to work without being abused. Those who are verbally or physical attacked suffer long-term effects or even leave the job they love. Violence and aggression against ambulance workers is never okay. That important message must be loud and clear."

We are encouraging the public to pledge their support for this campaign by using and sharing #WorkWithoutFear on social media and by visiting www.aace.org.uk/vaa to view films about some of those affected.

Trusts still under pressure despite the end of winter approaching

"These figures demonstrate that while NHS trusts are slowly approaching the end of an extremely difficult winter, they are still facing higher pressures than last year.

"The strain we have been seeing on the urgent and emergency pathway continues to be a real concern, with A&E diverts and ambulance handover delays remaining considerably higher than last year.

"The percentage of beds occupied also remains concerning, and the number of patients staying in hospital over a week has increased a great deal compared to last winter.

"We also have ongoing concerns about the number of delayed discharges, indicating system wide pressures.

"Encouragingly, staff absences have continued to decrease for the seventh consecutive week, but still remain around 55,000.

"Workforce shortages remains the biggest issue for trust leaders. Despite the efforts of those on the frontline, these shortages impact delivery of care, and slow down the speed at which the NHS can recover care backlogs across all services.

"Alongside 100 health and care organisations, we support Baroness Cumberledge's amendment to the Health and Care Bill – which is being debated today – to ensure the NHS produces a regular, independently verified, workforce plan."