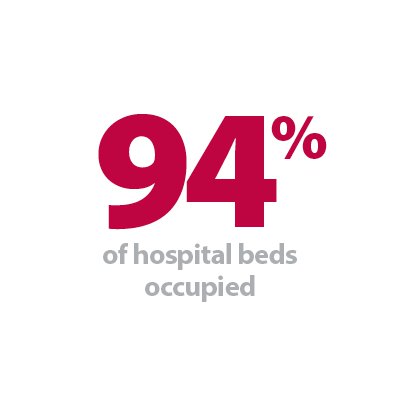 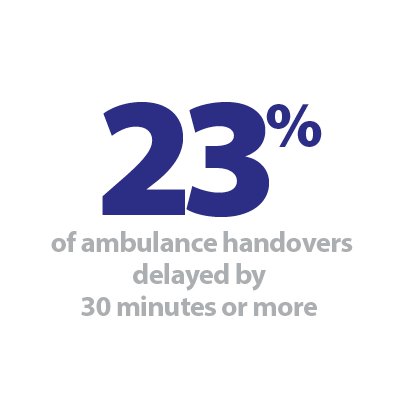 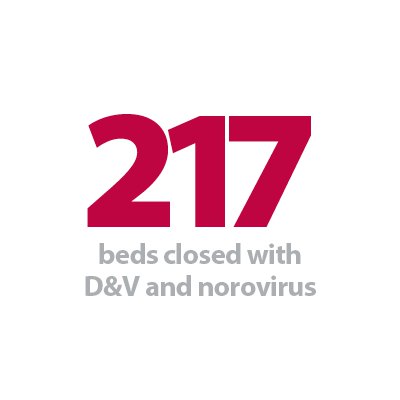 Our NHS Winter Watch 2021/22 campaign starts today following the release of the first week of the full NHS winter sitrep data from NHS England and NHS Improvement. Every Thursday until the end of February, key activity and demand figures across the NHS will be published. We will analyse the data, highlighting key trends to understand the pressure trusts are under throughout the winter. Additionally, we will be featuring contributions from members and stakeholders to connect the numbers with the experiences of trusts and staff working on the frontline.

This year, the ongoing complexity of the COVID-19 pandemic and the emergence of the new Omicron variant have major implications for trusts' capacity. Furthermore, staff have been working tirelessly under extreme pressure throughout the pandemic. While there have been some positive developments, such as the remarkable vaccination programme and increases in elective activity, demand remains high and the situation trusts are facing at the moment remains challenging, ahead of what could be a significantly difficult winter.

In addition to winter sitrep data, the monthly NHS performance and activity figures were released today, providing useful context to the state of the sector heading into December. Trusts have been recovering from the challenges caused by the different pandemic waves, working extremely hard to restore routine services and tackle backlogs of care.

Key points to highlight include:

Looking at the weekly sitrep figures, it is important to consider the different situation trusts are operating in this year when interpreting comparisons against last year's data. This week's figures illustrate some of the significant pressures that trusts are under:

These figures suggest that the seasonal pressures, alongside the challenges created by COVID-19 can already be felt. Widespread D&V and norovirus outbreaks can significantly hinder capacity and impact patient flow, and we are already seeing many more beds closed due to these illnesses than at the same time last year. The ease of restrictions over the last few months and the consequent increased social contact may have increased these figures. A return to some restrictions prescribed as part of Plan B may help to tackle community COVID-19 infection alongside the spread of the flu, D&V and norovirus, which would be helpful for NHS trusts as winter continues.

Worrying pressures ahead of the impact of Omicron

"These figures highlight the significant pressures the NHS continues to be under as we enter the winter period, with NHS staff continuing to go above and beyond to deliver care.

"These pressures are being felt right across the health and care system including hospitals, ambulances, community, mental health services and primary and social care.

"Despite not yet being in the peak of winter, the NHS is running beyond or at full capacity, for example with 94% of hospital beds occupied, leaving very little flex in the system.

"This is a particular concern given the new potential threat of Omicron and highlights how important it is for the public to keep coming forward for their vaccinations.

"The NHS also needs a fully costed and funded workforce plan to ensure the frontline doesn't have to run at beyond full stretch.

"Additionally, it is striking that more than one in 10 hospital patients cannot be discharged, despite being medically fit. This underlines the importance of immediate extra emergency investment into social care. It is striking how many NHS trusts are now saying they are diverting NHS staff and financial resource to support social care colleagues; such is the scale of pressure they are facing. This pressure highlights, once again, the need for proper long term investment in community and social care services, as well as permanent, dedicated funding for discharge to assess.

"Trust leaders are also concerned at the level of pressure on the emergency care pathway. Despite huge effort at the front line, the level of 12 hour trolley waits and ambulance handover delays are much higher than trusts would want, with a consequent impact on quality of care and risk to patient safety.

"Under these circumstances it is a great credit to trusts and frontline staff that activity levels to bear down on the backlog of treatment are well above the equivalent period last year. But, in another example of growing demand outpacing enormous frontline effort, waiting lists continue to rise.

"The task facing the NHS is huge. But as we have seen time and time again, NHS staff are doing all they can, and notwithstanding these pressures, it's vital that people know the NHS is, and will continue to be, there for them."