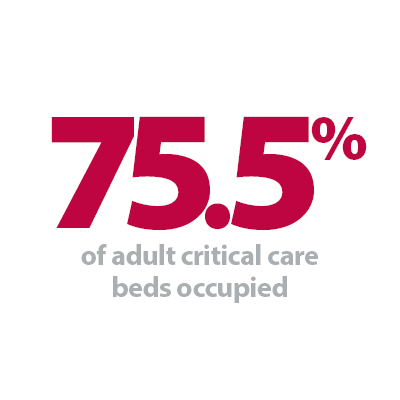 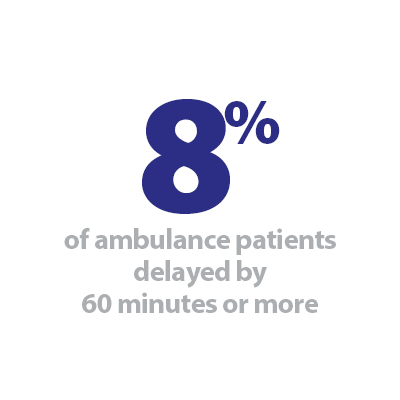 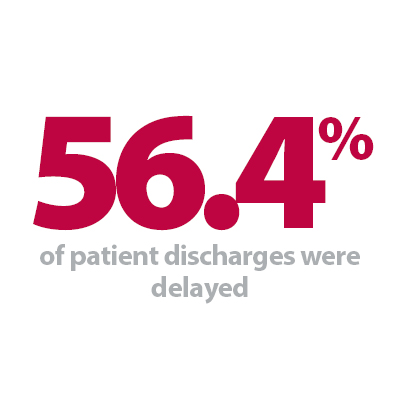 Today we saw the eleventh week of the winter sit reps published by NHS England and NHS Improvement. Although the number of COVID-19 cases continues to fall, levels remain considerably higher than the same time last year.

Recent data (16 February) reported a total of 42,756 cases in England, which is down by 27.8% since the previous week and considerably lower than levels seen at the start of the year (73.7% fewer cases). There were 1,132 patients admitted into hospital with COVID-19, a decrease of 8.3% since last week. The number of patients in hospital with COVID-19 and the number of patients in mechanical ventilation beds has also fallen (by 11.4% and 15.1%, respectively).

The reduction in COVID-19 hospital activity is encouraging; however, the recent winter sit reps continue to highlight further pressures trusts are facing.

The rise in the number of patients arriving by ambulance and the number of A&E diverts highlights the increased pressures on urgent and emergency care. That said, the improvement in delayed handovers shows that the sector is working hard to tackle any delays.

Similarly, the improvement in delayed discharges also demonstrates how staff continue to work hard to discharge patients who no longer need to stay in hospital. The figures are still concerning, however, and are a clear indication of system wide pressures in health and social care.

This week's sitreps demonstrate how busy trusts still are during this winter and the efforts of all staff to keep pace with demand. As the government is set to make plans for living with endemic COVID-19, it is important to consider these ongoing seasonal pressures and the impact they have on NHS demand and capacity.

"These figures highlight the extraordinary amount of work NHS staff are getting through, in the face of ongoing seasonal and COVID-19 pressures.

"We have seen slight improvements in the time it takes for patients to be transferred from ambulances into busy emergency departments this week, but this remains higher than the same time last year. The slight increase in the number of ambulance arrivals and the 77% rise in A&E diverts demonstrate the continued strain in urgent and emergency care.

"The number of general and acute beds occupied in hospitals by adults also remains very high at 94%. However, we are pleased to see the number of people staying longer than seven, 14 and 21 days in hospital has improved this week, as well as neonatal and paediatric intensive care beds occupancy rates.

"But delayed discharges continue to be an issue, highlighting pressures across the health and care system.

"And COVID-19 continues to impact workforce numbers, with over 62,000 staff absent from work this week, of which just over one third were related to the virus.

"Over the coming week, the government is expected to announce a plan which will set out measures on how we move to an endemic. The strategy will need to set out what is needed to protect our nation from what can still be a deadly virus. These are crucial questions for us all and we need a proper, open, debate about them rather than hearing about potential decisions being made behind closed doors."