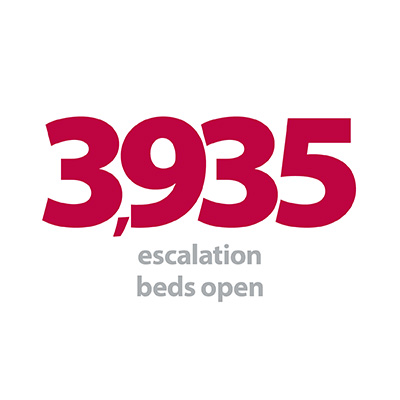 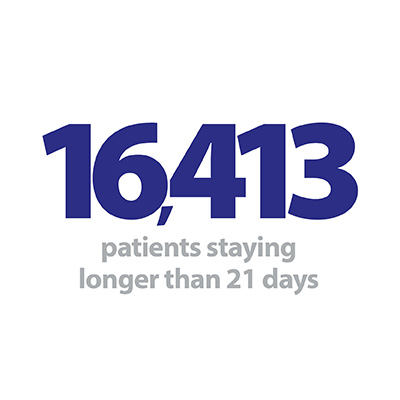 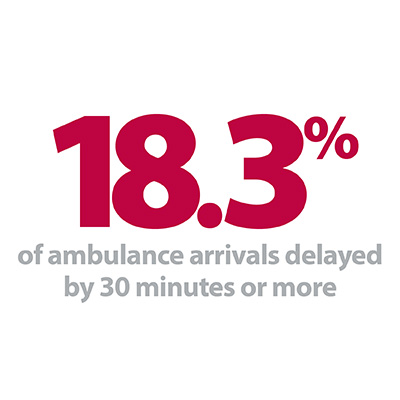 Data from week five of the winter sitreps was released today, along with weeks three and four which were not published during the Christmas break. Today also saw NHS England release the January monthly performance summary, which reflects significant demand across the sector.

In the monthly performance summary, A&E performance was again bleak, as the highest December attendances on record led to a new low of only 79.8% of patients seen within the four-hour target. Almost 100,000 patients waited longer than four hours, and of these, 2,347 waited longer than 12 hours. This is more than double the number of the previous month and eight times more than a year ago. Additionally, all three major cancer targets were missed, as were the targets for elective care, diagnostics and ambulance services, as good news was in short supply.

Turning to the sitreps data, we see a similar pattern to previous years, with slight reductions in a number of indicators as hospitals paused elements of planned care over the break. However, the week five data featured below shows no respite from many of the pressures observed over the first two weeks of winter.

Trusts are continuing to open more escalation beds, but this alone will not solve the issue as ever more patients require treatment.

As an overall indicator of demand, it is hard to avoid looking first at bed occupancy, which rose above 94% after a relatively quiet week in week four (89.4%). Trusts are continuing to open more escalation beds, but this alone will not solve the issue as ever more patients require treatment. Ambulance arrivals topped 100,000 again this week, and we have seen three of the four highest weeks on record already this winter. There were more handover delays than previously seen at any time in the last two winters as patient flows in hospitals feel the pinch.

With almost one in five patients arriving by ambulance being delayed by 30 minutes or more there are serious concerns for patient safety. Of these, 775 patients were delayed by 60 minutes or more each day, with 114 trusts reporting delays of this length (86% of the total). Last winter, ambulance handovers were noticeably lower than the previous year, and improvements to the way hospitals handled these patients were justifiably celebrated. Unfortunately, it appears the current volume of arrivals coupled with higher occupancy rates is leading to these gains being swamped in 2019/20.

I'm writing this blog on the evening of 6 January, winter has truly arrived for us over recent weeks and today has been particularly tough. That said I believe we have prepared well for winter, and although it might not always feel like it we continue to perform comparatively well in terms of timeliness and quality of care. We can be proud of that and of the colleagues delivering it.

We ran a similar planning process for this winter to that which we ran ahead of winter 2018/19, involving listening to our clinical and non-clinical colleagues about what worked well and didn't work so well the previous year, and re-running our bed demand and capacity model. Overall I think our colleagues felt winter 2018/19 was a calm and controlled one, however there are always things to improve and they suggested a number of items that could work better in the coming winter. We also knew that demand had not really fallen over the spring and summer of 2019 post winter, although the acuity of admissions had fallen slightly – but obviously in winter this all increases again.

We also knew that demand had not really fallen over the spring and summer of 2019 post winter, although the acuity of admissions had fallen slightly – but obviously in winter this all increases again.

We used this to form the basis of the 'winter plan' which was taken to and signed off by our Board in August 2019, giving us plenty of time to communicate it out to the organisation and system partners, and ensure the changes and increases to beds happened when we told Sherwood Forest Hospitals (SFH) colleagues they would – maintaining that trust is really important.

It was clear that growth in demand, and workforce supply were the key risks to the delivery of the plan. The overarching aims therefore were to ensure there was sufficient capacity to meet demand both in the emergency department (ED) and for beds (mainly on the medical pathway), maintain patient safety and patient flow throughout the winter period. 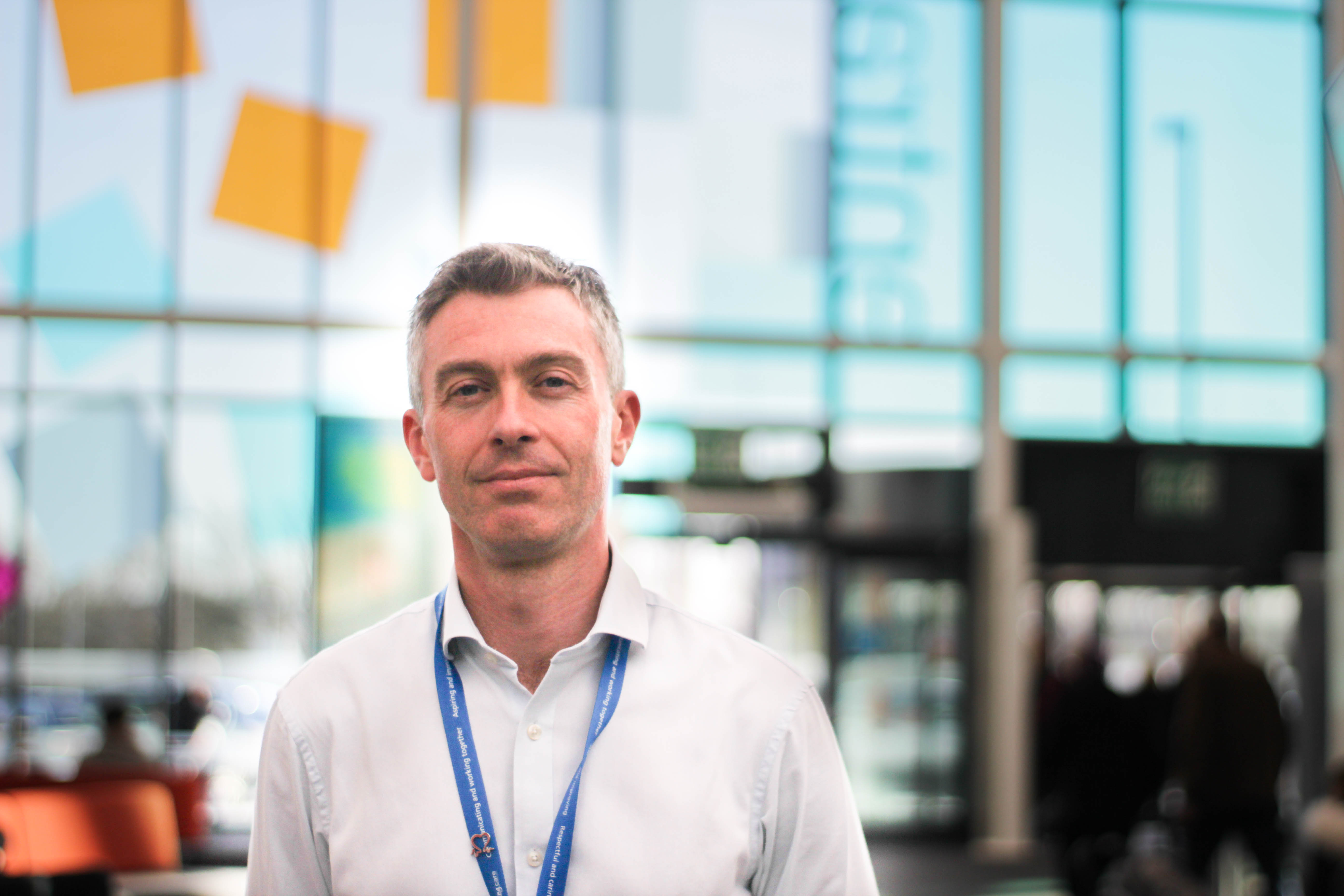 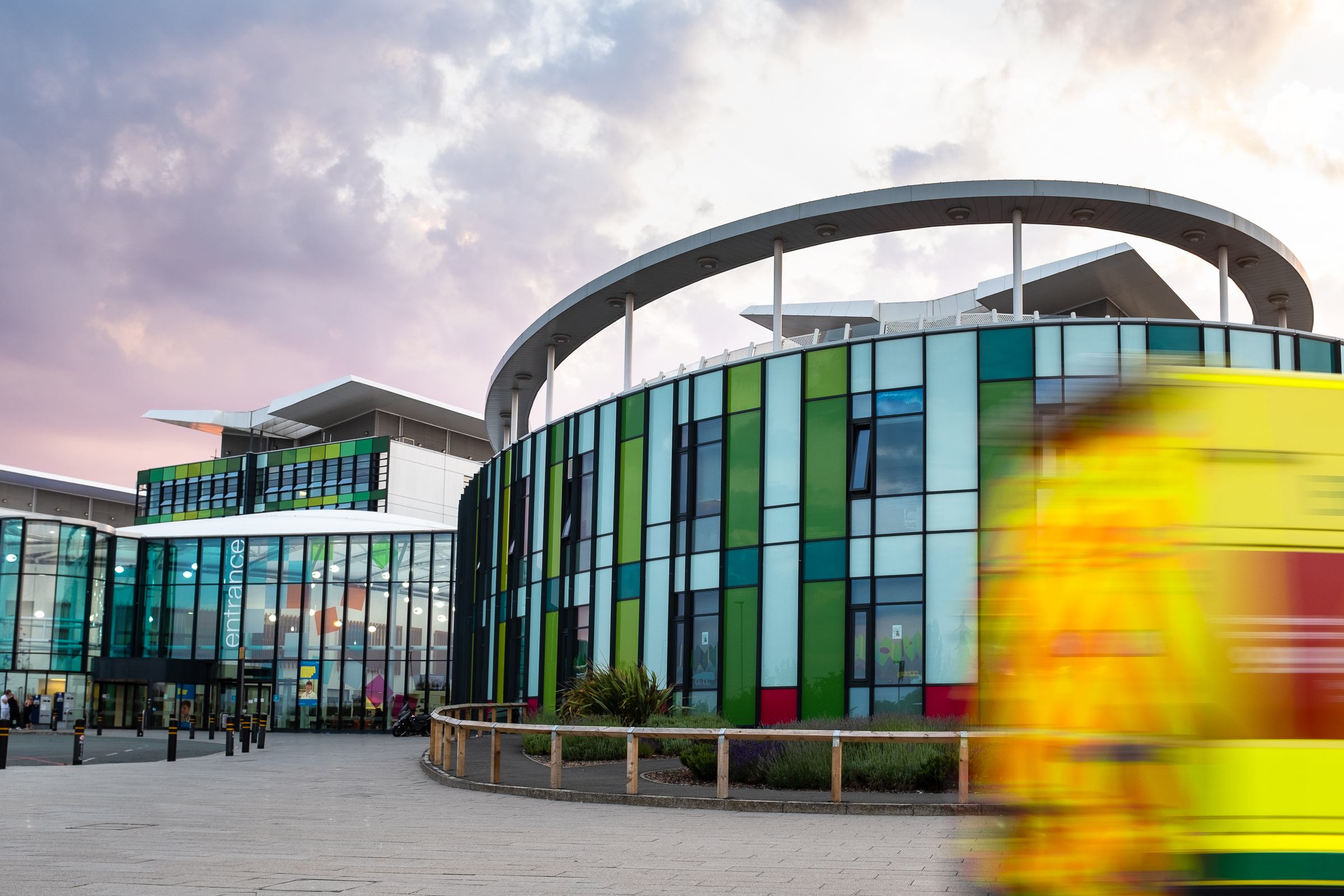 As with all plans we had to remain flexible, which meant reacting to some things that happened during implementation, and we had to adjust and work with clinicians throughout this period to amend it and communicate effectively. However. broadly the capacity identified was what we planned to put in across three areas:

With regard to the risks, in order to manage workforce supply we have to make tough choices during winter and we have again by converting  a number of surgical beds to medicine, opening extra medical beds and funding an extra 26 beds with a private provider in the community. We also ensured we were expanding ‘same day emergency care’ through our ambulatory emergency care unit and brought in some new services such as outpatient antibiotic therapy service that allows patients to have IV antibiotics at home managed by specialist nurses.

As with all plans we had to remain flexible, which meant reacting to some things that happened during implementation, and we had to adjust and work with clinicians throughout this period to amend it and communicate effectively.

We broadly rolled out our plan on agreed dates with our colleagues slowly introducing the additional capacity into the system rather than opening all at once. Ultimately when all the capacity opened the medical pathway had around 84 more beds than baseline available to it. We also invested a lot into flu management, with investment in additional testing and encouraging as many colleagues as possible to have their flu vaccination – reaching over 80% so far. This protects our colleagues and our patients.

The demand risk, despite efforts of all partners across our system has been more difficult to manage and due to this it's been a challenging start to the winter. Based on our plan we were expecting our four-hour performance to be around 90.5%, in December we were a little below that at 87.1%, although this still ranked Sherwood Forest Hospitals  at 7th in the NHS (of trusts with type 1 adult EDs).

Our challenges are by no means unique. Flu has come earlier than in previous years, but also looks like it may reduce a bit earlier. The acuity of patients admitted (as measured by national early warning scores) has been the highest we have ever seen and this obviously extends LoS. The winter for paediatric patients and services has been one of the most challenging in years with very high admissions with respiratory illness, and demand has been very high, particularly from ambulances where we have seen 18% rise of the Christmas and new year period.

Our challenges are by no means unique. Flu has come earlier than in previous years, but also looks like it may reduce a bit earlier.

Overall, so far, the plan has held up, and the hospitals are calm, but on the odd occasions we have been overwhelmed by demand.

The key enabler as always is the flexibility of the teams at Sherwood Forest Hospitals, to working differently and collaboratively over the winter months. For example, surgical nursing colleagues agreeing to be part of the medical ward teams. We are fortunate with our culture at Sherwood Forest Hospitals that our colleagues are always prepared to try new ways of working but we recognised that after a year of a steep increase in demand where sometimes it felt like winter didn't end our colleagues were and continue to be tired.

The quality of care remains good considering the pressures and that is great credit to our clinical teams. Their dedication and commitment is awesome. We rightly focus on the wellbeing of our colleagues, by providing as much support as possible, but we know that this can't alleviate the pressure on them.

When I talk to chief operating officers, I know across the NHS they echo similar themes with higher demand than last winter and more acute patients, but also some walk in patients who could be seen in other environments. Most described positive system working as a real strength which bodes well for the future as the key to safe future winters is entwined with improved system working to ensure patients get the care they need, when they need it, but also importantly where they receive it.

Responding to the latest monthly combined performance data from NHS England and NHS Improvement, and the weekly winter reporting data, the director of policy and strategy at NHS Providers, Miriam Deakin said:

"Today's figures show just how severe the pressure is on health and care services this winter. Emergency care is under particular strain with increased levels of demand in A&E departments. We have once again seen performance against the four hour standard slip to a record low. Yet frontline staff are working flat out to treat patients safely despite the huge pressures they face.

"We have also seen a worrying increase in the delays for patients between the decision to admit and admission – more than eight times as many patients waited over 12 hours this December compared to December last year. Having patients waiting in corridors or temporary beds in this way has risks for wider patient safety.

"These pressures are also felt across mental health trusts, community services and the ambulance sector. Ambulance services are working at full stretch, responding to more incidents than ever before in December and bringing record numbers of patients to hospital. This has continued into the new year and with emergency departments already full patients will be the ones to feel the impact. It is worrying that almost one in five patients face ambulance handover delays of more than 30 minutes despite the best efforts of staff.

While trusts are working closely with system partners, they are telling us that the lack of social care and community care places is having a real impact on demand and getting patients out of hospital.

"These pressures have also been exacerbated by flu and norovirus.

"While trusts are working closely with system partners, they are telling us that the lack of social care and community care places is having a real impact on demand and getting patients out of hospital. The number of people staying in hospital over a week is higher than any point in time last winter.

"We know that winter is always a busy time for the NHS, but these pressures are growing year on year due to rising demand. We need to see a real long-term investment in social care as well as in staff, facilities and beds and a shift in focus towards treating people in the community where appropriate."