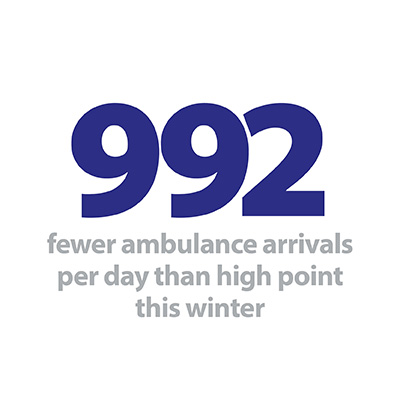 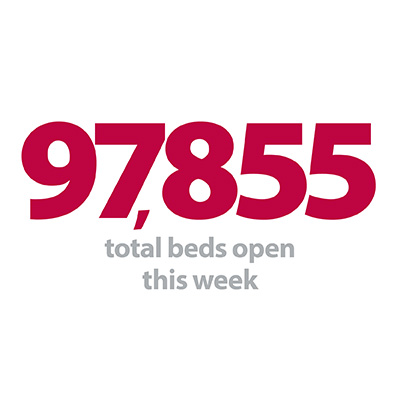 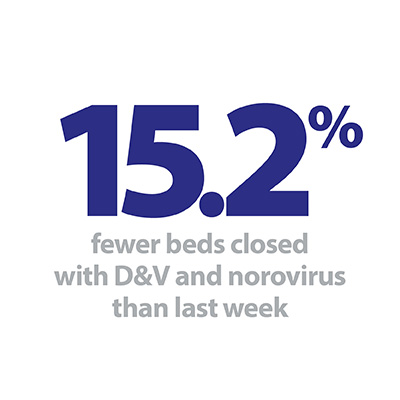 This week alongside week 10 of the winter sitreps, key performance data was published covering urgent and emergency care, elective treatment, cancer services, mental health services and cancelled operations.  Combined, the data provides a picture of longer waits for patients triggered by the widespread pressures across all parts of the service.

In January performance against the four hour waiting time standard in A&E crept up to 81.7% from the previous month, falling short of the 95% target. Despite this marginal gain all other indicators would suggest that people are waiting longer to access NHS services than they expect.

A range of metrics from the combined performance summary point towards a possible deterioration in patient experience as more people are now waiting longer for services:

The increase in the number of cancelled operations in quarter three 2019/20 is another confirmation that trusts were left no other option other than to prioritise the unprecedented level of demand for urgent and emergency care over those months. This highlights the vicious circle trusts find themselves in when they have to cancel operations to prioritise emergency care, adding to a growing waiting list.

Much of the pressure on hospital beds comes from additional emergency care demand which is evident in the winter sitreps. The data covering week 10 shows that pressure on the emergency care pathway remains very high and shows the incredible effort staff are putting in to meet rising demand.

There have been some small but positive signs sprinkled across the data this week compared to the first half of this winter. However small improvements in the aggregate data at a national level are unlikely to be reflected in how it feels for staff on the frontline across the country.

While it is both welcome and positive that these key metrics are heading in the right direction, we remain cautious about the current pressures facing the frontline and other external factors.  The continued threat of an outbreak of coronavirus, as well as, more potential cold weather from storm Dennis mean trusts continue to manage considerable risk both within hospital settings and in the community.

At the beginning of winter, Alex Whitfield, chief executive of Hampshire Hospitals NHS Foundation Trust shared the trust's plans to improve patient flow for their most complex patients.

Here she talks about the creative concepts Hampshire Hospitals have been introducing to better look after their patients. This includes the introduction of a specialised team focusing on working specifically with their medical outliers, dedicated to looking after patients who are potentially not in the 'ideal' ward but ensuring they're cared for properly.

Responding to the latest monthly combined performance data from NHS England and NHS Improvement, the director of policy and strategy at NHS Providers, Miriam Deakin said:

"While there has been some encouraging improvement in January against the four hour standard from the previous month, it is worrying to see more people than ever before waited 12 hours or more for a hospital bed after a decision had been made that they needed to be admitted.  This is a stark reminder of how sharply demand for care is rising. While NHS staff will be doing everything they can to look after every patient well, this makes for a difficult situation for patients, families and frontline staff.

It is worrying to see more people than ever before waited 12 hours or more for a hospital bed after a decision had been made that they needed to be admitted.

"The NHS waiting list continues to remain high with some patients waiting a year for routine surgery. The most recent cancelled operations data also published today, reflects the vicious circle of cancelled operations prompting growing waiting lists, as trusts are forced to prioritise demand for emergency care. This growing backlog of operations will make the task of catching up after winter even tougher and will not help to break the year-round cycle of 'winter' pressures.

"Against a backdrop of staff shortages, rapidly growing demand for care and capital investment constraints, we need to be honest about the challenge the health services faces in stabilising, let alone recovering performance.

"While trusts have extensive plans in place and are well prepared to deal with cases of coronavirus, they must do this within a context of existing and considerable day to day pressure."