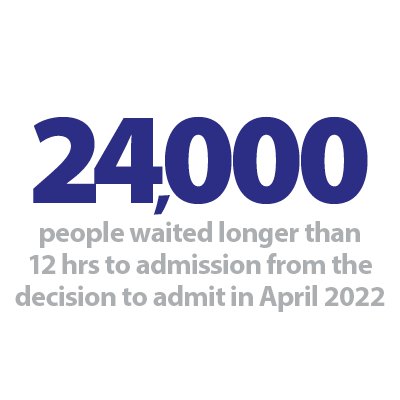 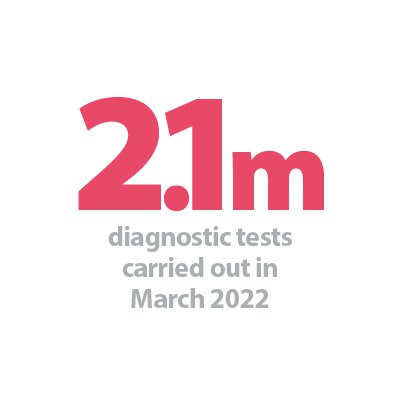 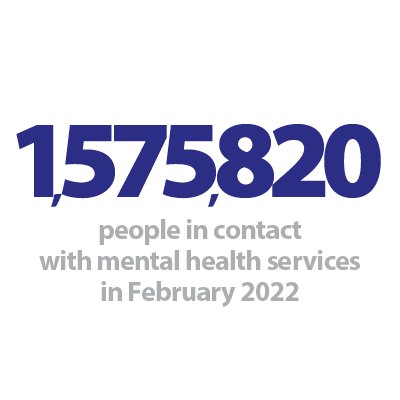 Although the prevalence of COVID-19 in the community continues to decrease, trusts are still facing ongoing operational and workforce challenges alongside the task of clearing huge care backlogs. For example, staff absences have decreased but remain high, with an average of 75,226 staff absences each day between 7 April and 4 May, of which about 30% (22,365) were COVID-19 related.

Trusts across the country are working tirelessly to increase activity across many services and bring down long waiting times, despite increased demands. Today's data show these remarkable efforts from NHS staff as they strive to meet the operational targets that will help drive recovery.

Each month, NHS England and NHS Improvement publish statistics looking at activity and performance across a range of services including urgent and emergency care, routine care, cancer, and mental health. Below we set out the latest trend for each clinical area.

NHS 111: More calls received but a greater proportion was answered.

Ambulance: Average response times improved in the face of increased pressures across the urgent and emergency care pathway.

A&E and emergency care: Pressures continue to be felt across urgent care and emergency departments, with high demand and people waiting longer to be admitted after being seen.

Diagnostics: Highest level of activity for any March on record.

Elective care: Demand remains high and has increased from the previous month, but trusts continued to increase elective care activity.

Cancer: Suspected cancer activity continued to increase this month again, exceeding pre-pandemic levels across all pathways, showing the drive to provide care as quickly as possible.

Delayed transfers of care: A high proportion of patients are remaining in hospital despite no longer meeting the criteria to reside, highlighting issues with patient flow and the challenges of getting patients treated closer to or at home.

Mental health: Demand continues to soar for the sector, with the highest number of people in contact on record.

This month's data show, once again, how the pressure is continuing to pile up across all NHS services, including urgent and emergency care, community and mental health services. All while the NHS balances COVID-19 care (there were still over 7,000 patients in hospital as of 11 May) with increased non-COVID care and the ongoing effort to reduce the care backlog.

March was the busiest month on record across a number of metrics. There has also been increased demand on the ambulance sector and, by extension, the whole of the urgent and emergency care pathway. This month saw record levels of people waiting more than 12 hours to be admitted after the decision to admit, a concerning figure which is remarkably higher than before the pandemic. These numbers not only signify pressures in urgent and emergency care, but also reflect the challenges with patient flow across the whole health and care system.

Today's data is, however, a powerful testament to the hard work NHS staff continue to deliver. Despite the difficulties, activity levels have improved or been sustained. We are seeing a higher proportion of NHS 111 calls answered even though more calls were received, improved ambulance response times despite increased pressures, A&E performance improving in the face of high demand, elective care activity levels rising, and cancer activity registering all-time records.

These figures highlight the effectiveness and drive of NHS staff, who month after month continue to deliver high-quality care to more and more people across the country, while trying to regain ground lost during the pandemic. 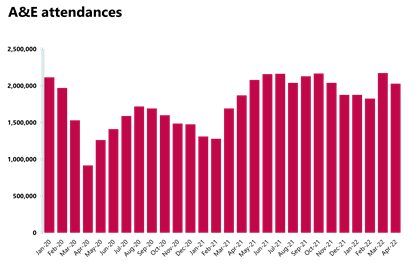 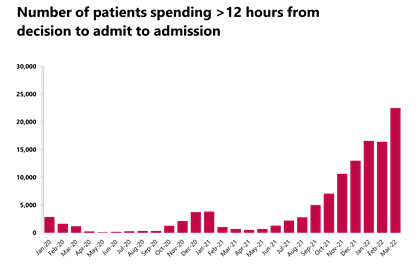 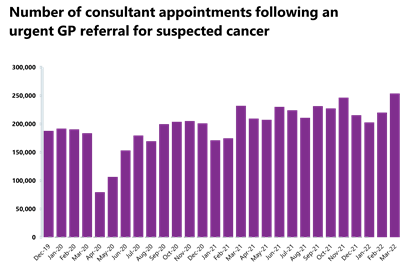 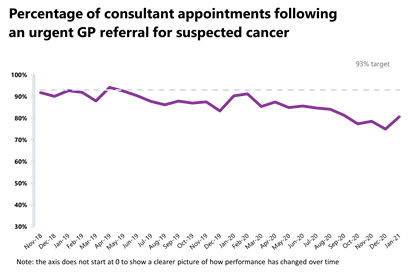 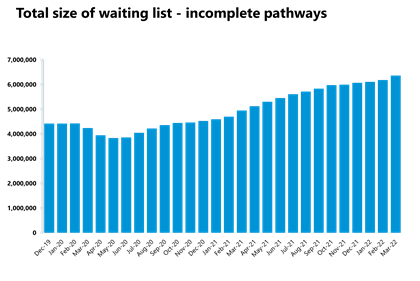 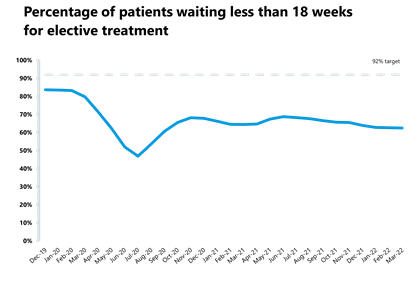 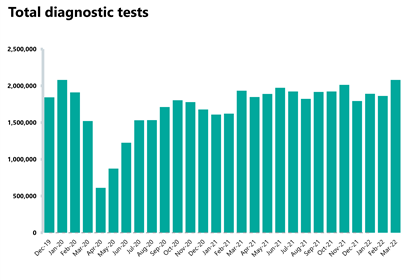 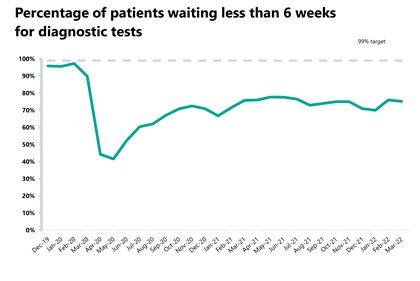 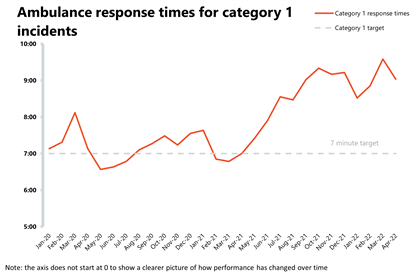 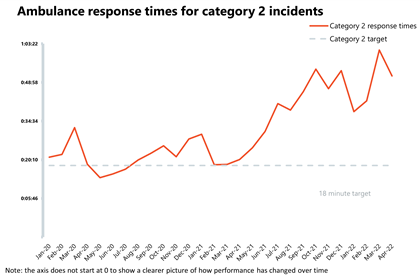 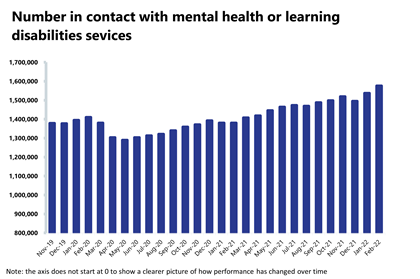 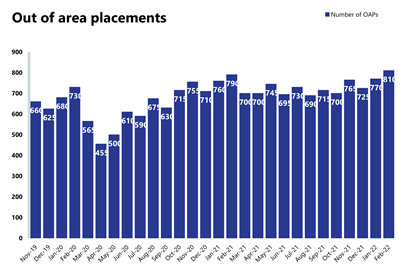 NHS working flat out for patients but pressures persist

"It is good to see another drop in the number of people waiting longest for planned treatment. Those waiting more than two years fell for the second consecutive month, and a record number of cancer referrals and more than 2m diagnostic tests were delivered in March.

"Today's numbers show just how effective our hard-working NHS can be as COVID-19 recedes, allowing staff to concentrate more on tackling backlogs and pinch points.

"But pressures on emergency services and the flow of patients persist. A&E departments saw record numbers of people waiting more than 12 hours to be admitted and there are still very significant delays in discharging patients who are fit to continue their recovery closer to or at home, often due to pressures on social care particularly domiciliary care. This has a major, worrying knock-on effect on ambulance services and other parts of the system.

"Mental health services continue to come under strain too with more people in contact with services than ever before, a legacy of the pandemic.

"We must also remember the underlying issues affecting the NHS' ability to provide the right, timely, care to all who need it: the impact of a decade-long financial squeeze; insufficient capacity to meet growing demand; significant staff shortages; and the urgent need to properly fix problems in social care."