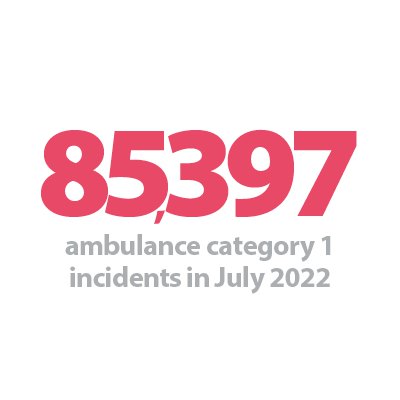 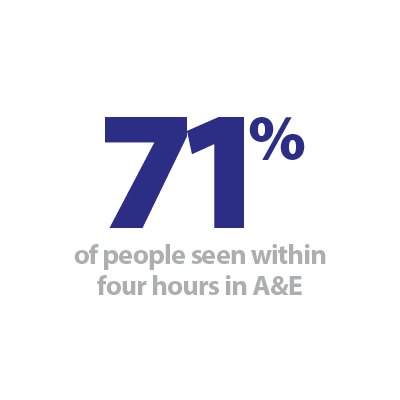 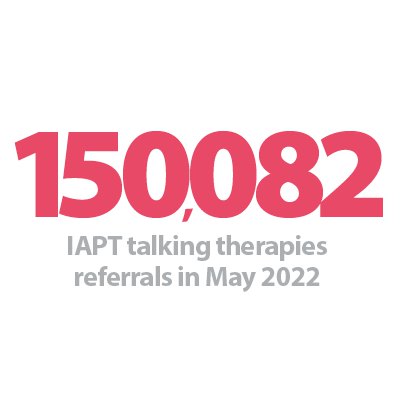 Trusts across the country continue to work hard under challenging circumstances while undertaking an ambitious catch-up plan to clear care backlogs. However, we continue to note the workforce and operational challenges at hand, with staff absences remaining high: between 7 July and 3 August, a daily average of over 76,000 absences were registered, of which 26% (20,039) were COVID-19 related. This is an increase on last month's absence rate.

Earlier this week NHS England published up to date data from July showing the service met the first milestone in the Elective Recovery Plan. The data showed there were more than 22,500 people who had been waiting two years or more at the start of the year, and a further 51,000 who would have breached two years by the end of July have also been treated. At the end of July  2,777 had been waiting over two years, of whom 1,579 opted to defer their treatment and 1,030 were complex cases, as set out and expected by the plan.

This achievement, alongside the data released today means we can see again how local collaboration, innovation and ongoing efforts from staff have resulted sustained activity above pre-pandemic levels and delivered on key recovery priorities.

A&E and emergency care: Another busy month in A&E with yet another increase in 12 hour waits.

Diagnostics: Although activity decreased, it still remains above pre-pandemic levels

Elective care: Activity decreased, and the waiting list is at 6.7 million. There was however a substantial reduction in the numbers of people waiting more than 104 weeks since the beginning of the year.

Cancer: Activity has decreased but remains above pre-pandemic levels.

Delayed discharges: A high proportion of patients continue to remain in hospital despite no longer meeting the criteria to reside, highlighting issues with patient flow and the challenges of supporting patients to recover closer to or at home.

Mental health: Demand remains high, and May saw the highest number of people in contact with mental health services since records began.

This month's data once again demonstrates the scale and breadth of pressures trusts are experiencing. Ongoing high levels of demand across urgent and emergency care are resulting in longer waits for service users, while COVID-19 absences are continuing to exacerbate already difficult circumstances.

These statistics illustrate particular issues around patient flow, as we saw last month, highlighting the challenges experienced across the social care and health system. In July, we saw another rise in the number of patients waiting more than 12 hours from decision to admit to admission, up by over a third from the month before. Before the pandemic, during a bad winter the numbers of 12 hour waits could reach just shy of 3,000 in a month – they are now 10 times higher at 30,000. July also saw a record number of the most serious ambulance incidents, adding a significant strain to already busy pathways.

These severe pressures are system wide. For example, in the mental health sector we are seeing a record number of people in contact with mental health services. Equally, we continue to observe a high proportion of patients staying in hospital despite no longer meeting the criteria to reside, a symptom of challenges in supporting patients to recover closer to or at home.

Although the demand is unprecedented and circumstances are tough, staff are working tirelessly as always. Exceptionally hard work from staff has resulted, for example, in the progress to remove virtually all 104 weeks as well as a decrease in the number of people waiting over 78 weeks too. The service is striving to ensure it continues to deliver the national targets set out in the Elective Recovery Plan.

Moreover, we are seeing some activity remaining above pre-pandemic levels too, reinforcing how staff are working to drive recovery during very challenging times.

Trusts are going above and beyond to deliver high quality care and tackle backlogs in the face of demand, COVID-19 pressures and extreme summer heat. Trust leaders are  braced for a difficult period in the months ahead, with the prospect of further COVID-19 waves and the additional challenges winter could bring.

'Straight to test' at Doncaster and Bassetlaw Teaching Hospitals

Health professionals at Doncaster and Bassetlaw Teaching Hospitals NHS Foundation Trust have implemented a 'Straight to Test' care pathway for patients, with a view to speeding up diagnostic tests for certain cancers.

Screening for gastrointestinal cancer can often involve procedures to directly inspect the gut with a flexible telescope (colonoscopy or gastroscopy). Not all patients are suitable for such invasive tests, which do carry a small risk of harm, therefore, patients are traditionally reviewed as part of a face-to-face clinical appointment prior to requesting such tests.

At Doncaster and Bassetlaw Teaching Hospitals NHS Foundation Trust, patients could wait for up to two weeks before they could be seen for this first step, a knock-on of which could mean that individuals could wait for around four to five weeks before gaining a diagnosis of, or excluding, cancer.

With carefully and recently designed pathways of care, it is now possible for the majority of these patients to be triaged and assessed by a dedicated advanced nurse practitioner within three days of referral by telephone. In this manner, the waiting times for diagnostic tests has been brought down to around two weeks, roughly half of what it was for many patients, with around 300 patients benefiting from this way of working each month.

The pathway was first developed in 2019 for patients with suspected cancer of the lower bowel (colon and rectum) and proved instrumental in maintaining these cancer services during the COVID-19 pandemic. Although waiting times remain challenged due to the disruption created by coronavirus, colleagues at the trust are starting to see things return to normal and have recently observed a 20% increase in performance against monitored monthly standards.

Due to this success, in September 2021 the trust expanded the pathway to introduce the 'Straight To Test' pathway to upper gastrointestinal cancers of the stomach, gullet, pancreas and liver.

The pathway is triggered by an urgent referral made by a GP, with a telephone consultation from the hospital taking place between one and three days after. Patients, if appropriate, are then sent straight for an appropriate diagnostic test (including one or more of a colonoscopy, gastroscopy or CT scan), which may take place between three and 14 days, depending on current demand. Most patients will have cancer excluded at this test and will be informed on the same day, having their all-clear diagnosis by the recommended 28 days from referral. Those patients who are diagnosed with cancer, can move onto further staging tests more quickly, with the aim to discussing a potential treatment plan in the relevant multi-disciplinary team meeting within four weeks of referral.

Throughout the past few years, we have worked extremely hard to speed up the cancer diagnostic pathway, while ensuring that it remains safe and effective. This work has only been possible with the hard work and collaboration of individuals working across many different departments. It has been particularly challenging to introduce innovations such as this throughout the pandemic, which has forced us to think and work in different ways. However, as a trust, we are absolutely committed to delivering the very best service for our patients and I am hopeful that the valuable lessons we have learned throughout this process can be applied elsewhere.

This work forms part of the trust's rapid diagnostic framework, which seeks to speed up the diagnosis process for patients.

Watch a video of Tim Wilson explaining the workstream: 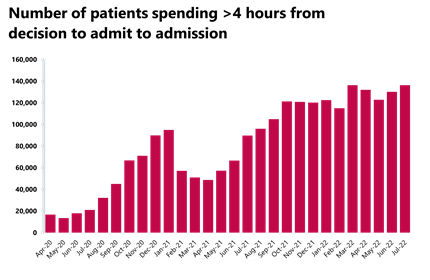 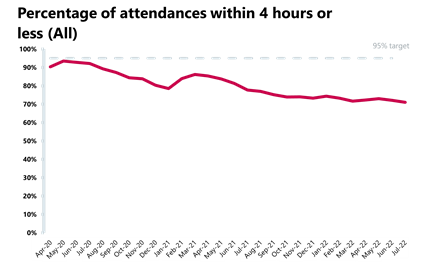 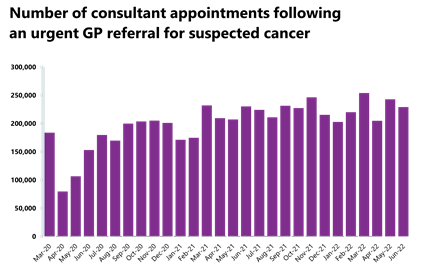 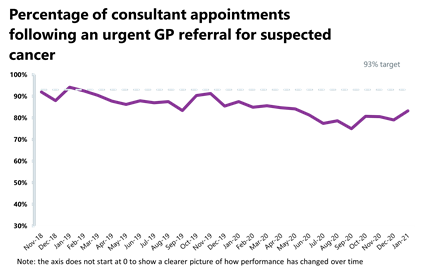 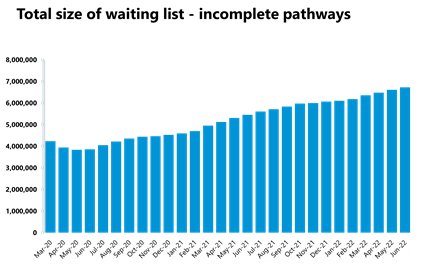 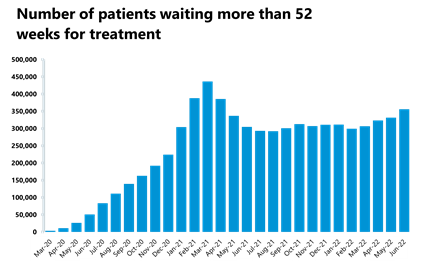 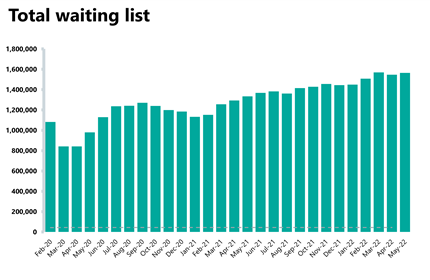 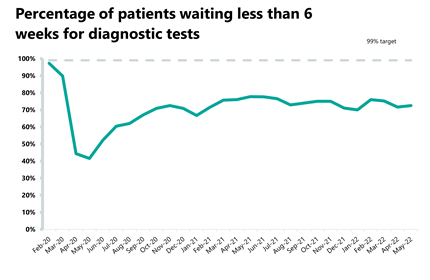 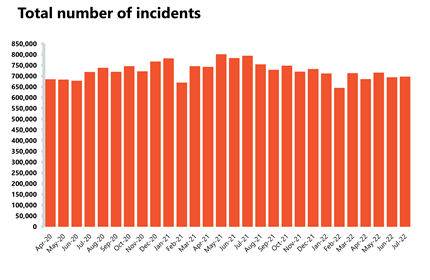 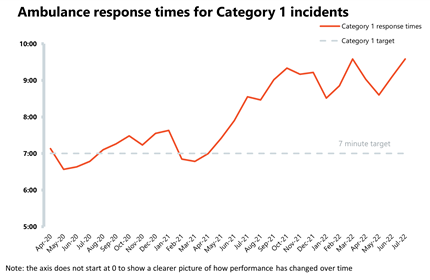 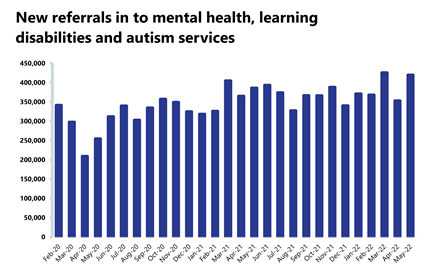 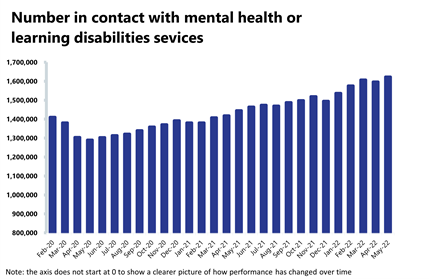 "Today's figures show just how tough it is on the NHS front line.

"Trust leaders and staff are working flat out in the face of unprecedented demand. It's a credit to their hard work and innovation that two-year waits for treatment have been virtually wiped out with significant cuts to the number of people waiting 18 months or more too.

"It is good to see too that in June 82% of urgent community response referrals met the two-hour standard.

"But the overall waiting list has grown to 6.7 million, more than 50% longer than it was three years ago before the pandemic.

"Pressures on urgent and emergency services persist, with the number of people waiting in A&E more than 12 hours to be admitted after they are initially seen up by more than a third in the last month – just one symptom of huge pressure being felt right across the health and care system.

"And with July seeing the highest number on record of the most serious ambulance call-outs, there is no let-up in demand on overstretched services.

"The number of people in contact with mental health services has hit a record high too, and severe staff shortages which lead to unsustainably heavy workloads and affect patient care are compounded by absences. At the start of August more than 69,000 NHS staff were off work, almost one in five COVID-19 related.

"All of this paints a picture of a health and care system under immense pressure. With the country in the grip of another heatwave, the NHS is feeling the heat from levels of demand normally seen in winter.

"Trusts are doing everything in their power to improve the pressure-cooker situation for patients and staff, but the government must act now to support vital services as we head for winter, including fixing chronic staff shortages and better funding severely depleted social care."