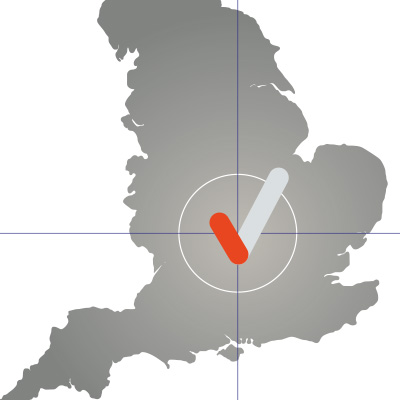 Partners involved in this provider collaboration:

Setting up the collaborative

Glen Burley had been chief executive at South Warwickshire since 2006 and successfully helped turn around Wye Valley in 2016, which had been placed in quality special measures. Wye Valley then appointed Glen as their chief executive and the two trusts moved to a shared leadership model. Faced with similar sustainability challenges, George Eliot Hospital – which was also in special measures –  asked to join the Foundation Group under Glen's leadership. Each individual organisation has a managing director in post, reporting directly to the chief executive.

The Foundation Group originally aimed to be a sustainability model for three small to medium-sized trusts. Over time, each organisation has become the leader of integrated care in their 'place' within the two ICSs covered by the trusts in the group. Reflecting on the progress of the group and how this has aligned with national objectives in recent months, Glen tells us, "the national strategy is very consistent with the strategy of the group. Our strategy has been around a little longer".

Each year, all three trusts set their organisational level objectives, as well as collectively setting some group objectives. The Foundation Group has a committee in common governance arrangement which binds the interests of all three organisations together. The group strategy committee drives the collective activity. For example, all three trusts see staff wellbeing as a top priority, so they tackle this together and share their learning to help each other improve.

The case for change

Working within the Foundation Group offers a range of benefits for its members that they wouldn’t necessarily be able to achieve on their own. Glen shares an example of how the combined turnover of £750m between the three trusts enabled them to invest in key leadership roles including a group financial advisor, a group digital advisor and a group improvement lead. By sharing data, the Foundation Group is also seeking to improve productivity and performance across the three trusts.

Crucially, group working has delivered significant benefits for both patients and the workforce. Glen welcomes the significant progress that had been made in completely changing urgent care at both Wye Valley and George Eliot by adopting the patient flow models used by South Warwickshire.

Glen was delighted about Wye Valley's recently received 'Good' rating from CQC for urgent care alongside it being the trust with the most significant improvement in mortality rates in 2019. This was driven by the trust's work to ensure people got the right care at the right time across the system. Similarly, improvements in George Eliot Hospital's urgent care has had a positive impact on recruitment, with the A&E team recently expanding from two to eight consultants. All three trusts within the Foundation Group are among the best in the region in terms of meeting the four hour A&E standard and they recently received plaudits from the West Midlands Ambulance Service University NHS Foundation Trust for their turnaround times during winter, which was a major safety benefit for patients.

Glen values the staff survey results and there have been significant improvements across the Foundation Group. He says, "the big one for me will be the staff survey, which drives all the quality that patients experienced. Focusing on empowering the frontline and giving people opportunities to improve the way that services function for patients". This evidence, combined with improvements in recruitment and retention, bottom line finances and the quality of services, all indicate the benefits of working in the group structure.

On staffing at a more senior level, Glen also highlights how having managing directors in post at each of the three trusts creates an excellent leadership pipeline for future chief executives.

It hasn't all been plain sailing though. The Foundation Group spans two ICSs (Herefordshire and Worcester ICS and Coventry and Warwickshire ICS) and Glen is mindful that there is a "challenge about the number of layers in which we have to operate these days".

The Foundation Group is also grappling with different local government arrangements across the two ICSs. Glen says he welcomed the 'one Herefordshire' approach which meant that significant progress was being made on integration. However, other areas like Warwickshire, which has a series of district councils and a county council, are more complicated. Glen highlights the joint posts the Foundation Group has set up with Warwickshire County Council. One particularly successful example has been the public health doctor who is now part of the Foundation Group’s leadership team. This role, Glen says, is "helping us look at things differently".

The impact of COVID-19

Glen is clear that the existence of The Foundation Group and system working has been a key factor in shaping their response to the COVID-19 pandemic over the past year. The pandemic has been a "single unifying purpose" Glen says, sharing his pride at the way different parts of the health and care system had come together to manage the impacts and challenges of the COVID-19 pandemic. In particular, he singles out the local response to support care homes saying, "we wrapped ourselves around them and helped them to function during that period". He also reflects positively on the integrated trust model, which really came into its own in the discharge to assess process.

Significant work is being done by the Foundation Group to collaborate with primary care. Glen acknowledges the, "very real risk that we could disengage primary care" in the current conversations about the ICS structure and lead provider models at place, but highlights primary care’s pivotal role in supporting population health. He says, "I will always say the building blocks of population health should be the primary care networks. So rather than looking at what the priorities are from an ICS, or even a place, we should look at those neighbourhood arrangements and say what are the big public health issues?"

Glen particularly welcomes the "significant progress" that had been made on embedding out of hospital care. He notes that when he first joined Wye Valley, the trust was on the verge of letting their community service contracts go. He made sure the trust continued to provide these community health services because of the long term need to invest in population health and focus on the wider determinants of health. He also ensured that resources that were in the trust’s contract for acute services were redirected to expand primary and community services.

Glen highlights the group's commitment to "involving primary care in leadership" as well as the Group's willingness to take on the system's financial risk and consulting their primary care colleagues every step of the way. To make the lead provider model work, he reflects that you need to show partners that you will invest in the system priorities to demonstrate the true nature of the partnership.

Glen offers this advice for those looking to move to more collaborative ways of working, "Don't try and design an end game situation...because everything keeps changing. The key enabler is to focus on incremental improvements." The group model has enabled Glen and colleagues to move forward quickly and realise benefits for patients sooner, without needing to go down the more formal route of mergers or acquisitions.

Glen notes that he personally didn't want to get distracted by a "huge load of governance and reorganisation. It was about connecting three organisations as simply as we could and supporting the frontline to get on and do things". In particular, he highlights the need to maintain the individual identities of the organisations involved, and the importance of co-producing strategic and operational plans tailored to each organisation, which were key to keeping staff on board.

National policy to support collaboration across providers and their partners

Glen expresses his hope that budgets and decision making will be delegated down to place. He saw this role evolving over time, with a narrow range of decisions being taken by the place based partnership initially, with the scope to take on more as they demonstrated their credentials. This shouldn't be a one-way, irreversible process though, Glen warns "ICSs should have the ability to reverse it if goes wrong as well as ensure that those place-based leads do a good job".