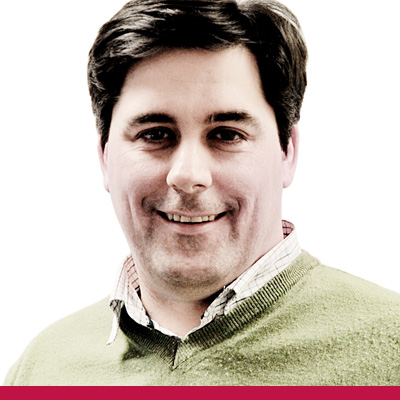 Wayne started his career working as a nursing auxiliary at his local district general hospital and after completing his nurse training, worked in critical care in a large teaching hospital for his entire clinical career. He has since held a number of senior service transformation roles and is currently leading the strategic planning transformation at East of England Ambulance NHS Trust.

Following the changes in the 2012 Act, I doubt that public health now sits in the place where it should be, structurally and philosophically. Nobody in the health world will ever argue that prevention is bad: they’ll all say it’s very good. But in the great Andrew Lansley reforms, it was moved away from the NHS, and then once it was transplanted into local government, it was no longer protected within the NHS budget ring-fence.

So are we saying that public health is essential to how the NHS works? It’s certainly the rhetorical king in the Five-year forward view, yet our former NHS colleagues advising and delivering on the theme have been moved completely away from the commissioners of health care!

So does this change mean we now have system integration mindsets on prevention? The simple answer is no. We’re saying one thing and doing the polar opposite in statute.

My NHS career took me from sluice rooms to boardrooms, and I now work in strategy within a provider. Previous roles, working with public health on commissioning was always a great benefit to our understanding of population health, and from that, what interventions need to be put in place to keep the population well. Moving all that knowledge of how to deliver population health away from the NHS has had a negative effect on managing demand upstream.

Where I work, we are keen to avoid patients having a mental health crisis that ends up with them deteriorating in police cells. Therefore, as a provider we have chosen to get deeper into working with our communities, precisely so that these patients get the right care and avoid a crisis.

Our focus has to be about how to tackle these escalations or deteriorations early on, to reduce demand and help the system avoid draconian demand management through rationing policies or simple lack of service accessibility.

This is the kind of way in which public health has to be forward-looking in working with the provider sector, helping identify evidence-based interventions. Our focus has to be about how to tackle these escalations or deteriorations early on, to reduce demand and help the system avoid draconian demand management through rationing policies or simple lack of service accessibility.

I’ve dealt with public health more recently in specialised commissioning, and they are great at telling us about the evidence and what rare disease treatments are available, but less good on the issue of how do we prevent some of this, and how we should look to reduce demand by getting it right upstream.

I’m now sat in a provider organisation, and I don't see public health involved in our organisation nor in the secondary prevention agenda in the way it should be.

To involve public health more in healthcare planning, I have a little postcard on my desk with Beveridge's five giants: squalor, ignorance, want, idleness and disease. Those five are still valid today, although the language changes.

Squalor was about habitation, and we have not got the slums of the past, but there’s a real divergence between the rich and poor, and now I think a big public health problem is in our lack of community leading to isolation of some of our most vulnerable groups. We know that older people get frail and isolated and this has negative consequences on their health and how they access healthcare. So that’s where we need to get the community and the wider public involved.

As for ignorance, education has been the great social leveller of the last century. The biggest difference between doing well or not in life, health and finance is the education gap. So what is public health doing about this?

To involve public health more in healthcare planning, I have a little postcard on my desk with Beveridge's five giants: squalor, ignorance, want, idleness and disease. Those five are still valid today, although the language changes.

Want has flipped to consumption – and our problem with consumption today is the polar opposite of the past. Today we see a rise of scurvy through people not eating the right things but not the lack of the right things. Of course there’s the massive rise in obesity. Twenty years ago, people thought that a high-salt diet caused cardiovascular disease; today, we’ve got huge problems with diabetes and cardiovascular disease due to food manufacturers having replaced salt with sugar.

Idleness is updated to inactivity, in the modern world there is the lack of physical activity and addiction to screens. Getting people moving has massive benefits for their health this is something that public health is addressing through the One you campaign and apps like Couch to 5k.

On top of these five giants, we have disease that in today’s world has become illness with its multimorbidity and polypharmacy. Comorbidity is the name of the modern healthcare game, but it feels as if public health in some regards still as a single disease mind set of the past.

We need still need to address the five giants but not on the historical health determinants, we need to redevelop them and tackle the five giants looking at what has changed at the start of the 21st century.

Take primary and secondary care. For us as an ambulance trust, our two biggest demand areas are mental health and falls; that makes up over 25% of our activity – mental health about 10% and falls 15-20%, most of which are in the frail elderly population.

If we took a non-traditional service approach to this, it would be a question of how as a provider we could get into helping frail older people not to fall through home welfare checks. In mental health, it could be seeing patients through things like the blue light partnership, and using a street triage car to address those who come in to any of the 999 services.

This must be our real number one target: obesity and its issues. People need to see that as they pile on the pounds to their waistlines, they pile billions of pounds of avoidable costs onto the NHS.

We as a system need to go after some cost-effective no-brainers, which has to include tackling obesity (and I include myself in this!). This must be our real number one target: obesity and its issues. People need to see that as they pile on the pounds to their waistlines, they pile billions of pounds of avoidable costs onto the NHS. So we need to reduce sugar in processed foods and help people in an effective way to make healthy diet and exercise choices.

Another public health need that we know is going to hurt the NHS is frailty. How can public health help support reducing frailty? We know that the 70-year old baby boomers are starting to come through the NHS, and social care reductions mean that there’s nothing in place to think about how to keep our growing older population healthy and well. So we have things in place to pick them up in crisis and get them back home after a health event, rather than prevent it. That’s expensive and unaffordable now and forever.

Too frequently, the NHS is still only a national illness service. Our advantage of being a regional provider sat across six sustainability and transformation partnerships (STPs) is that we can see the good, the bad and the indifferent. Our partners range from STPs who get population health and talk to public health consultants and set up workstreams to deliver what is needed. Other STPs doing less well are focusing on services to treat the ill (frailty or acute), not on what the needs of their population are and will be in future nor on how to treat early or stop people from getting ill in the first place.

if you want accountable care systems to work, then you have to create incentives to keep the population well, and not just pay for illness.

It’s a misconception that all STPs are using population health knowledge and skills to plan services: the STPs who are not working well are missing out this vital element of healthcare planning.

Finally, we have to think about prevention and how payment systems work in the NHS. Our current system doesn't leave anyone other than primary care wanting to reduce activity – funding is still mainly clicks of the turnstile coming in, not rewarding organisations based on those not coming in. This is true for commissioners, community, mental health, ambulance and acute trusts. Funding does not incentivise us to develop and agree how we can work together to keep our population well while still doing the right provision activity. We need a big focus on appropriate incentives to keep the population well.

Making every contact count is a nice idea and phrase, but in practical terms, it’s died a death. People need to think about this: if you want accountable care systems to work, then you have to create incentives to keep the population well, and not just pay for illness.