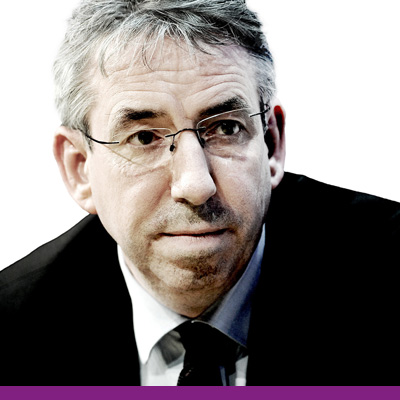 Today in England, people who are affluent live around 20 years longer in good health than those with the least, with some of the greatest poor health concentrated in large parts of the north of England.

The NHS has a critical role in treating illness and also in keeping people well. However, and notwithstanding having the NHS for the past 70 years, England has seen no significant change in the health gap between the affluent and the poor. The poor today are only now enjoying the level of health experienced by the affluent 20 years ago.

Reducing these gaps is at the heart of what matters most to the public health community and the work that Public Health England (PHE) does. This emphatically includes the NHS along of course with government, both national and local, the third sector, employers and individuals themselves.

This is why PHE was a co-signatory to the NHS Five-year forward view (FYFV) and its emphasis on tackling the health gap along with improving efficiency and outcomes. But those FYFV priorities are the same ones as I worked on with former health secretary John Reid 14 years ago.

The NHS has a critical role in treating illness and also in keeping people well. However, and notwithstanding having the NHS for the past 70 years, England has seen no significant change in the health gap between the affluent and the poor. The poor today are only now enjoying the level of health experienced by the affluent 20 years ago.

At the time the NHS achieved an extraordinary transformation on removing waiting for care as the then day-to-day public experience and their number one priority for improvement. Having tackled this the NHS moved onto where the public concern next moved, hospital acquired infections and again achieved an extraordinary transformation. Remember those days of thousands of MRSA and C.difficile avoidable infections. Not so today.

We did not though pay the same attention to health inequalities and it is this that the FYFV aims to address.

So what works if healthcare is important but not sufficient?

The choices people make matter. Whether to smoke, how much to drink, what you eat and whether you exercise. But even more so for good health is having and keeping a job, for children, a good start to life, young people entering adulthood ready for work and for adults, along with a job; a home and a friend. A job, a safe and warm home and someone to care for and about are the foundation of what works for improving health and closing the gap between those who are affluent and those who are not. In short, income drives outcomes and health and wealth are inseparable, spreading prosperity by creating jobs that local people can get.

These findings are evident in our Health Profile for England, which PHE published this summer, and is essential reading for anyone planning or delivering services.

The FYFV spoke to tackling the health gap, along with quality and efficiency and sustainability and transformation partnerships (STPs) are a step along the way to the NHS working with others to address this, and particularly with local government, who lead on education, planning and economic development as well as, of course, social care.

This matters to the economy too. As the population ages and more people are in the workplace for longer, keeping people well for longer becomes ever more important. Sick leave among working age people costs the UK economy £100bn a year and a third of this is explained by depression and joint pain. And about 330,000 people every year become unemployed because of health-related problems.

Sick leave among working age people costs the UK economy £100bn a year and a third of this is explained by depression and joint pain. And about 330,000 people every year become unemployed because of health-related problems.

So what can the NHS do to help close the gap?

Where the NHS can make a difference is ensuring NICE’s evidence-based public health interventions are embedded as routine practice.

The most obvious of these is for the NHS to go smoke free. Smoking accounts for half of the health gap between the poorest and most affluent and helping people to quit remains the number one opportunity to address this.

Today in the NHS, 1 in 4 inpatients is a smoker and fewer than 1 in 13 of these has a conversation with a doctor or nurse or any healthcare worker about why this might not be a good idea. There are more than half a million tobacco-related admissions every year and for every smoker who dies early, 1 in 2, another 20 suffer tobacco-related diseases.

The ask of the NHS is to talk about this with every inpatient and to signpost the help on offer which is free. We would not leave three in four patients with pneumonia, for example, to sit in hospital without any treatment.

Then there are actions on alcohol, accounting for another one million admissions, on avoiding fractures by the frail elderly and on sexual health services.

Good health is about more than healthcare but the NHS has a big and positive role in keeping people well for as long as possible and to ensure that we play fair by everyone irrespective of income or circumstance.

John Reid, former secretary of state for health, once said to me that the NHS seemed surprised by winter. Not so today, but it might be said we are still surprised by inequalities in how we care for and about our patients.