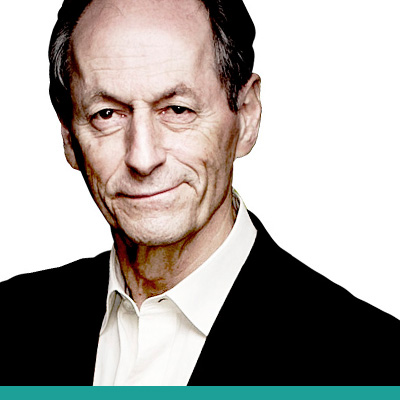 The Five-year forward view has fine words about population health, public health and prevention being real priorities. So how will it deliver on its rhetoric?

As a scientist, I start by looking at the evidence on how well we do on these things when compared with other countries. We don’t do very well for women, and we’re mid-range for men using life expectancy as a simple (if not the best) measure of health.

My view, which I’ve expressed for years, is that this relatively poor performance for an affluent nation is not just about the NHS, but about how we organise our affairs in society. It’s a fact that we’re not at the top of the health league: why do we accept that we're middling? I’d like us to be a shining beacon for other countries, and we're clearly not.

I relate that to public health generally and to the basic determinants of health, not just to what people with job titles that say ‘public health’ do.

A question of social action

Public health is everyone’s business: central and local government, the health service and the third sector. Now, ‘everyone’s business’ can be taken as ‘it's up to individuals to look after themselves’, which is not what I think.

Public health is everyone’s business: central and local government, the health service and the third sector. Now, ‘everyone’s business’ can be taken as ‘it's up to individuals to look after themselves’, which is not what I think.

Really, it's a question of social action. Individual behaviours matter enormously, but they are influenced by and conditioned by environments and social determinants.

To each not according to their need

The impact of local government’s considerable funding cuts since 2010 and the consequences for public health, prevention and population health activity has to be set in a broader context. In the 2010 Marmot Review, I looked across six key domains, developing recommendations and considering future challenges. Since then, we’ve seen severe cuts to local governments’ grant from central government, and in general we’ve seen the bigger cuts in those areas with greater need as measured by deprivation. So needy local government areas have been cut more than less needy ones.

Looking at my first domain of early child development, the Institute for Fiscal Studies, when looking at the 2015 budget and projecting forward five years, said that families with children would be hard-hit and those on the lowest income hit first: the bottom income decile face a 10% cut in their income; the next lowest-income decile facing a 12% cut, then as you go up the income scale, the hit is less and less. The general fiscal climate is likely to make poverty worse for families with children.

At the same time as we need national fiscal policy there must be local action. Here, we have the bad news of cuts to local government funding, so many Sure Start centres have closed, leading to lower capacity for local government to support a family with children. But the good news is that in our recent report we found that London narrowed the gap in early child development for poorer children (defined as receiving free school meals).

The second domain is education. The London effect for early child development is also seen in education. We know that youngsters with free school meals traditionally do worse at GCSEs, but London has narrowed that attainment gap dramatically.

There had been a proposal to cut funding in London, as this showed it to be doing fairly well in budgets, and reallocate the money. I say, don't cut London for doing something right! Work out what they’ve done right, and bring up the rest of the country.

The third domain is employment and working conditions: the recent Taylor report on the gig economy should concern us all about the nature of working environments, especially for our young people not in education, employment or training. We’ve seen some progress there, which is good, but it’s vital that be kept up.

The fourth domain is having sufficient income to lead a healthy life, and the trend here has been adverse. I quoted the Joseph Rowntree Foundation study that “the proportion below this income threshold in 2008-9 was 25% living in households with income below that minimum standard: and by 2014-15 it was 30%”.

So clearly that’s gone up, and the average incomes of employed people are not yet back to the 2007 pre-financial crisis level. Having insufficient money to lead a healthy life is clearly important. In this year’s general election campaign, we heard a great deal about NHS nurses having to use food banks.

The fifth domain is healthy sustainable places to live and work. Two words – Grenfell Tower. This towers above the whole issue of healthy places. It’s good news that petrol and diesel cars will be phased out by 2040, but there was a disappointingly huge fuss on local authority plans to limit air pollution

The final domain is that of traditional public health – smoking, obesity and diet – and the reduction in the budget for Public Health England and cuts in spending by local authorities is of great concern.

But my point is that all of this is of concern right across the board.

The question of the appropriate role for the health sector in prevention and in population health is interesting. During my year as president of the World Medical Association (which ended last October), working with my colleagues at the Institute of Health Equity, we had a mission to interest more doctors in health equity. We produced a report: Doctors For Health Equity which highlighted five key areas.

Education and training is obviously important, so too is seeing patients in their broader social perspective... healthcare professionals shouldn't just treat homeless people and send them back on to the streets: you have to support them as a managing individual, and help them to find somewhere to live.

Education and training is obviously important, so too is seeing patients in their broader social perspective. My UCLH colleagues who founded Pathway Community Interest Company argued that healthcare professionals shouldn't just treat homeless people and send them back on to the streets: you have to support them as a managing individual, and help them to find somewhere to live. I’m greatly inspired and cheered by such initiatives.

We also considered the health service’s role as an employer, and how staff feel about their working lives. The NHS provides a good deal of good-quality employment for women, which empowers them and improves their quality of life.

There’s also the importance of working in partnership, and Lord Low’s Commission talked about primary care as being an excellent place to help people access a wide range of social services. Famously, Sir Sam Everington, my cousin Saul Marmot, and their team in Bromley By Bow Centre do about 80% social prescribing. Finally, we highlighted doctors’ roles in advocacy for our patients and the populations we serve.

The development of sustainability and transformation partnerships (STPs) provides a moment for us as a system to reflect on how we can use them to revive and restore population health as a priority. I’m an optimist, and I don't do cynicism (or only very badly): in my view, STPs offer us an excellent opportunity to transform the ways in which health and care go about trying to improve the health of their patients and populations, and they are a smart way of looking at the health and care economy’s broader impact.

My recent report on life expectancy found that over the last 100 years we’ve seen a steady improvement, which has slowed since 2010 in the UK, and the rate of increase has about halved. The mean has been about a one-year improvement every three and a half years for men, and for women one year every five years. Since 2010, for men it’s been one in six and for women, one in ten.

Why is this? We can only speculate, but there are two broad types of explanations. First, we regularly report on the social determinants of health inequalities. The six domains of the Marmot Review, acting through the life course, are having this effect over time.

But we should also ask about contemporaneous effects. Did something change in 2010? I pointed out in the report that since 2009-10, our spend on the adult component of social care has gone down by 6.4% when our 65-years-and-above population increased by nearly one sixth. I quoted the health select committee chair Dr Sarah Wollaston’s figures that since the late 1970s, spending on the NHS increased by about 3.8% annually in real terms. Since 2010, that’s been 1.1%. And our population is growing and ageing, so care needs today are likely to be greater.

Dr Sarah Wollaston also cited data that real spend per capita is set to fall next year. So we have less adult social care spending and a reduction in NHS funding below the historical trend, in absolute terms, and an ageing population. All of that is likely to have an adverse effect on quality of life.

I don’t have one single recommendation for a change to improve public health. Perhaps people should look at the example of Coventry, which declared its intention to be a ‘Marmot City'. They plan to take my various recommendations, and in partnership with local government and the NHS, implement them across all the domains.

There’s not just one that is the most important: these things are interdependent. Where will the money for this come from? We could try using a thing called tax. We as a society have to decide how we want to spend our money, and if these things that I’ve mentioned are chosen, that would seem to mean making good choices, which are likely to have a positive impact on health and reducing health inequalities.

So if I’m forced to pick just one concluding recommendation, then it’s this: put health equity at the heart of all policy-making.