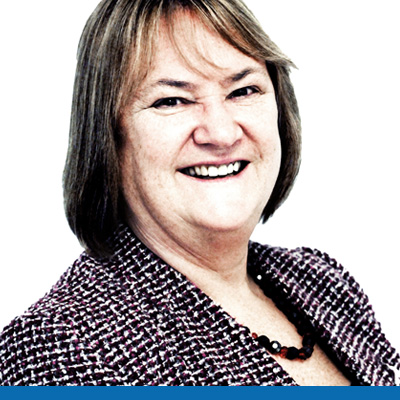 Gill joined NHS Providers as chair at the beginning of 2014. Following a career as a doctor, Gill was permanent secretary of the Welsh Assembly government, chief executive of the NHS Confederation and chief executive of North and East Devon Health Authority. Gill is a fellow of the Royal College of Physicians and the Faculty of Public Health.

The big message is this: we lost something when public health population medical expertise was taken away from the NHS. We’ve lost the strong drive at commissioner level to keep prevention high on the agenda but also an understanding of how to deliver the best health services.

The loss is to our detriment. When I worked at that level and did the talking you knew you’d get a hearing for evaluation and for population health medicine as you also helped deliver core managerial and organisational priorities. This gave chief executives and non-executive directors confidence when public health issues were discussed at the boardroom table.

Somehow, we have to recreate this understanding of the health of the whole population, and not just that of individual patients at every board table.

While some very vocal GPs argue that they do population health, its wrong. The average size of a GP list is simply too small for an effective population health perspective, so we don't get the really well-considered service planning that we need and are over-influenced by the patients that are seen. Milder mental health problems for example, trump severe and enduring problems which are seen much more infrequently.

So how can NHS England as the lead commissioner of specialised care not have a senior population health medicine expert at the board table?

Sure, the Five-year forward view talks a good game about population health, public health and prevention, but we’ve got to remember that prevention is a whole set of things.

People now tend to talk about what we used to call primary prevention – telling people how to avoid risk factors that lead to disease. It’s important, we need it in schools and jobs and everywhere people in daily life spend their time. We do not necessarily need facilities on hospital campuses which are remote from people’s day-to-day life.

The problem is that when you’re asking all the population to make small lifestyle changes, for many people, the benefit is offset far away in their future. Of course we should encourage exercise, and good lifestyle, but that will only make a big impact in 10-20 years’ time. Primary prevention alone will not deliver the financial savings in the next few years when we need them most.

The big message is this: we lost something when public health population medical expertise was taken away from the NHS. We’ve lost the strong drive at commissioner level to keep prevention high on the agenda but also an understanding of how to deliver the best health services.

Health services are involved in other forms of prevention. Screening for cancer and hypertension for example aim to identify disease before symptoms occur (secondary) while health services in general aim to reduce the harm of existing disease (tertiary). We forget this at our peril.

Good services, advice on weight loss and potentially surgery for obese people with blood pressure and type 2 diabetes can lead to rapid short-term gains for people and to reduction in demand and costs. This is the very practical stuff on how to prevent deterioration that is the day-to-day work of NHS clinicians.

It’s not either/or: we need all these approaches planned and thought about simultaneously to manage the short and long-term challenges we face. I am saddened that I don’t see much of this thought and there is a dearth of proper economic evaluation outside NICE. We need to stop thinking that the only prevention is primary prevention. So where are the plans which integrate good advice on diet and cookery, advice on weight loss and the appropriate used of bariatric surgery which can be incredibly transformative.

We need to think more effectively about digital technology and apps etc – we know individuals in life relate to technology in ways we didn't consider twenty years ago. There was a great story about a guy who got obsessed with Pokémon Go, and he lost 4 stone as he had to walk to unusual places to collect all the ‘characters’. That’s powerful.

We need to think about how to help young people use technology for health gain in exciting non-deadening ways. Too much public health messaging is boring, punish-y, “don’t eat this or that”. We need a school of social marketeers on how to encourage and nudge people effectively towards healthier decisions. Evidence from the ‘nudge unit’ has given us many clues of how to engage more effectively.

And we need to think more clearly. Currently some clinical commissioning groups are saying no to hip/knee operations unless people are in such pain to be unable to sleep. This drives dependency as well as misery, both factors we know lead to more service use. Where is the preventive approach? With thought about the balance of weight loss advice and support and bariatric surgery we would reduce the need for orthopaedics but only if all three preventive strategies are integrated and properly funded. We can talk a preventative mantra, but it won't mean anything without being backed by a massive preventative strategy.

Now that we are funding population health activity primarily through local councils, it should make us consider how council activity can deliver primary prevention: don't smoke, don't drink, eat well. This social movement will deliver long-term change, and cut rates of things like diabetes, heart disease and cancer. Local government is well placed to drive this – for example they can influence local education. That raises the issue of independent academies – and that’s why I think national government needs to put population-level prevention in the national curriculum as part of a long-term, joined up public health strategy.

But if I’m right, secondary and tertiary prevention is where short-term health and financial gains can come. We need to get to people at the point when they’re close to treatment and amenable to healthier living messages.

What’s really happening to these services in local government? Drug and alcohol services, family planning are being denuded and have not been well-served by the move into local government. These services are at the interface between what we say to the whole population and how we give advice to individuals about how to mitigate health risk.

Reductions in local authority spending impact on the types of services people need from the NHS and services have become disconnected. Many of the demands of the most chaotic mental health service users are linked to drug and alcohol use/abuse and it is the early support services that have been damaged. I see the NHS as being better-placed than local government to give the health advice to individuals and, for me, that's the better fit. I think there is a degree of urgency in sorting this if we genuinely believe in a joined up preventive approach. Local authorities should do public health for the society-wide population level; the NHS should do public health for the individual.

Wales: lessons on ethos and scale

My time working for the Welsh government gave me a great close perspective on Wales’ reputation for having an effective approach to population health and prevention. The big advantage that Wales enjoys is scale. Nationally about 85 people manage 85% of public spending. Get them in the same room, and the collective action could commit 85% of public spending. The opportunities for place-based approaches are enormous. You can sit at the health board with all the people who influence and run things locally round a reasonably sized table.

Wales also has different political traditions that gave its NHS a more sharing, less competitive drive and allows Public Health Wales to be a strong, binding organisation, able to do decent work and agree things quickly. These structural and cultural issues of scale absolutely matter. We always go back and forwards: the NHS is either doing really big organisations or really small ones.

My learning is that when we are too big we spend energy setting up sub-structures and when we are too small we have to put our time into collaboration for big changes. Both levels are needed simultaneously and effective population health could help us get the right boundaries to drive change. We need to think about what we do locally and what can be run from afar.

This is why sustainability and transformation partnerships (STPs), if based on sensible geographical boundaries, have a real opportunity to do things better – it could get planning back to a manageable scale and give opportunities to revive and restore population health as a priority. It brings us back to needing population health expertise at the STP or accountable care systems/organisation table. The real benefit of this is not that they can write papers on population health: it’s the opportunities to have helpful conversations across the whole range of issues. Some local authorities send their directors of public health to STP meetings, but it's not universally strong and well linked in to everyone’s detriment.

So let’s get back to a proper debate. Health services are not bad; primary prevention is not a panacea for the challenges of the NHS. A proper population and value-driven approach is needed now more than ever.