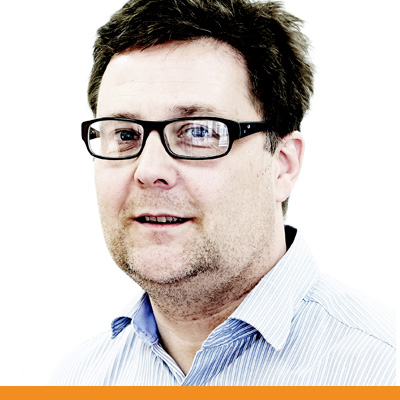 In the 2012 Lansley NHS reforms, moving most public health functions from the NHS into local government did reflect the evidence on where the basic determinants of population health can best be influenced. Despite many tricky transition issues, such as changes to some data flows and problems with melding NHS and local government cultures, I supported that change in principle, and still do.

Of course, money’s an issue. Although growth in local government public health budgets was biggest in the first two years after 2012, that funding growth then stopped and is now in reverse.

I still believe the principle of public health sitting in local government is right, but it’s tough as resources dried up and expectations about what can be done with those resources have increased, especially with the Five-year forward view, the new models of care and sustainability and transformation partnerships’ (STPs) emphasis on place-based approaches.

These are all good principles, but expectations are sky-high, and the risk is that public health won't be able to cope with what it’s expected to do. Many STPs have warm words on prevention and moving upstream, but resources are not following at present.

The money has dried up in local government, less so in the NHS although it’s more opaque as there’s less transparency on the detail of the NHS’ public health and prevention funding and spending.

The boss of Public Health England (PHE), Duncan Selbie, is clearly keen on the public health role of local government, but we’ve almost turned our back on the NHS role. Each pound spent in the NHS on treatment could simultaneously have a role in prevention and in addressing the wider determinants of health and broader constructs of social value. We need to make that work better.

Each pound spent in the NHS on treatment could simultaneously have a role in prevention and in addressing the wider determinants of health and broader constructs of social value. We need to make that work better.

The NHS as economic player

We’re only at the beginnings of thinking about the NHS as an economic entity as opposed to a mechanism of delivering treatment, and to some extent prevention. But the NHS is a massive economic and corporate social institution, which makes an amazing contribution to the UK economy: one we under-value, under-celebrate and fail to make the most of, within whatever budget envelope it has. This isn’t about more money, but spending it with a better eye on the overall effects on health.

For example, the OECD in 2006 looked at sectoral fiscal multiplier effects, and found health spending was one of the biggest, it is a contributor to wider economic growth. The NHS is also a machine that narrows income inequalities and thereby health inequalities.

We have one of the widest income inequalities in the developed world, and if the NHS were not here that would be about 15% wider than it is now. But nobody knows that or is really thinking about how this impacts on health. There’s an income-reduction, poverty-reduction, virtuous circle to be had if only we realised it and understood it. The NHS therefore should not see itself as just a reactive passive responder to these economic factors that drive our health, but a proactive player in helping to solve and tackle them.

What needs to change?

First, rethinking the NHS as an economic driver in our communities and therefore its contribution as above. But we also know a lot about what needs to change through prevention and treatment. Some of my time working at the Department of Health (I left in 2011, as we got into the coalition) showed me that we understood a lot about what NHS prevention could do (secondary/tertiary prevention) to meet the last Labour government’s health inequalities target

Those targets got dropped. But we had, and still have, the knowledge developed at that time on what we do in the NHS now – cholesterol control, diabetes control, smoking cessation – simple lifestyle support stuff. We know it works – a recent paper by Ben Barr and colleagues has shown that this was associated with a narrowing of inequalities in life expectancy – so why are we not doing it at scale and systematically across the NHS? In particular, we still don't do that for the harder to reach, more disengaged people who may miss appointments if they have complex, chaotic lives. If we did, we would have a vast impact on quality of life and life expectancy. It’s good to see PHE’s recent tools on this, updating and refreshing those that supported the old target. But it’s an open question for me about whether we have the performance levers, or corporate memory, to actually implement them.

The challenge of the obvious

The NHS is most comfortable with prevention when it is working with those who are already ill or at high risk, one important goal must be to do this far more coherently and systematically than we do.

We also need to define the NHS role in supporting local government, which is definitely struggling with resources. If we’re talking true ‘partnerships in place’, how do the sectors’ budgets line up?

For example, a recent National Audit Office review on public sector reform found local authorities were doing lots of heavy lifting and spending cash on reform, while the NHS was the sector benefitting in terms of demand reduction. Some of the budgetary savings need to make their way back to local government to maximise the incentives to keep investigating. One disappointing signal, after their rhetoric about a radical upgrade in prevention, was NHS England’s attitude on PrEP (HIV prevention drug pre-exposure prophylaxis), saying we shouldn’t fund it as prevention is local authorities’ role. The courts rightly ruled that just because local authorities have new powers in this area, it doesn’t mean the NHS should walk away. This lack of coherence and dissonance between rhetoric and reality from the top is a real challenge and barrier.

The NHS is most comfortable with prevention when it is working with those who are already ill or at high risk, one important goal must be to do this far more coherently and systematically than we do.

More specifically, research and practice are now showing that while our focus on frail older people is good and important, we’re starting to see signs of the frail young, most obviously in homeless populations, which are growing but not yet huge, fortunately. We know the connection with multimorbidity: poverty means people get health challenges 10-15 years before wealthy populations. How is this being addressed in STPs and similar local plans? I don’t see much evidence that this is on people’s radars, and it should be.

As for any cost-effectiveness approaches that people in the NHS and local authorities should consider, they should look at past and present work on behaviour change and ‘nudges’. We know that smoking prevention and cessation are ‘best buys’. But we see worrying signs that resources in these areas are falling, partly as a result of the overall cuts to local government public health budgets.

On lifestyle more widely, we know that most people (7 in 10 adults) don't adhere to key government guidelines in two or more areas around alcohol, tobacco, diet and physical activity. We therefore need to move on from seeing lifestyle change and services as just behaviour x, or behaviour y and help people tackle a range of challenges over the long term. The challenge – and possible win-win – would be local authorities and the NHS asking the public what behaviour support/change services they’d like co-located to enable the prevention agenda. We are starting to see some good models on this in terms of integrated health and wellbeing services and will be publishing some work on this later in the year or early next.

And of course, there’s digital health. Most people talk about how digital could make the NHS more efficient – no bad thing. Then they talk about apps, messaging and channels. That’s no bad thing either. I think of the more exciting work The King’s Fund did with Demos, a social policy think-tank, earlier this year on how people talk about health, we looked at a million internet posts on mental health to test whether we could make sense of this vast, rich, but essentially unstructured information. Although there were lots of issues, essentially the answer was yes.

So this sort of information could be a ‘third space’ for understanding mental health issues and how they interact with daily lifestyle conditions like diabetes. It could also give us leading indicators about how people perceive services, and other emerging issues in the system. There’s immense potential in using these online conversations for understanding the experience of health. There are of course challenges around the sensitivity and specificity of meaning, and of course lots of ethical issues in using this information. But there’s big potential, especially with machine learning.

Finally, when there’s no more money, regulation starts to look more attractive, even to an anti-regulation government. We know the public are willing to accept some forms of regulation from central government and more locally. We also know that some parts of the food retail industry want the government to do more, to help them compete on wellbeing, not just price.

All these things, together, offer the potential to rethink how we deliver behaviour change in local authorities and the NHS, to support people for longer when that’s needed, and to segment the population more creatively and thoughtfully. This could save money and deliver longer-term benefits.

Finally, when there’s no more money, regulation starts to look more attractive, even to an anti-regulation government. We know the public are willing to accept some forms of regulation from central government and more locally. We also know that some parts of the food retail industry want the government to do more, to help them compete on wellbeing, not just price. It’s a challenge and an opportunity also for local authorities, who have permissive powers and statutes to help them support local wellbeing. I’m sure we will see more experimentation from them in the next few years.

To conclude, I think we actually know far more than we think we do about what is likely to work for prevention and public health. The challenge is to act coherently across place, with the appropriate mix, and resourcing of the social and medical models of health. The NHS, with its partners, need to think more of itself as custodian of people’s health in a place, and to use all these levers that are available to them with the consent and active participation of the public. While we talk about the culture of systems and the leadership required, we tend to mean NHS systems, and we need to break out of that to make the most of the opportunities above.