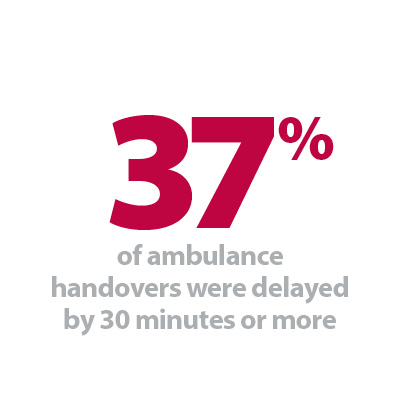 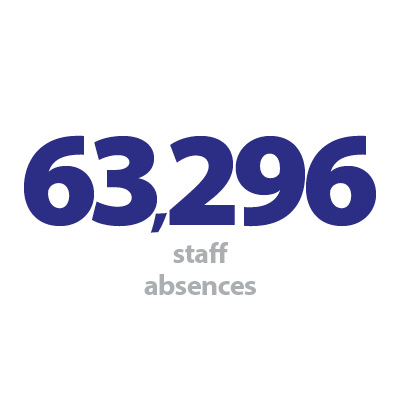 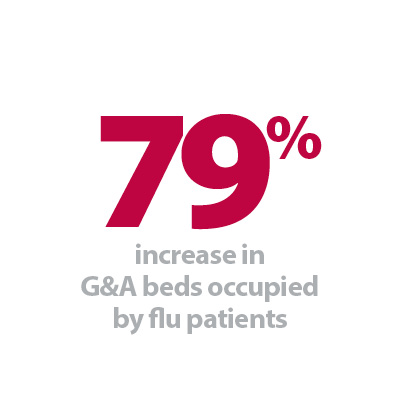 Ambulance arrivals: A total of 70,166 patients arrived by ambulance. This is an increase of about 1% since last week and down by about 16% compared to the same week last year.

General and acute (G&A) beds: There was an average of 99,940 G&A beds open each day – 5,043 more than the same time last year, an increase of about 5%. On average each day 285 beds were unavailable and void due to non-COVID infections. Average bed occupancy remains high at 93.1%: this is an increase of 7.1 percentage points compared to the same week last year.

Critical care: Adult critical care bed occupancy increased slightly this week to 81.7%, up from 81.6%. This is higher than levels seen in the same week last year (75.0%).

Diarrhoea and vomiting (D&V): The number of beds closed due to D&V and norovirus has decreased again this week, with an average of 337 beds closed per day. This is down from 432 last week but above levels seen this time last year (280).

Discharges: There were an average of 22,494 patients each day who no longer met the criteria to reside, a decrease of about 1% on the previous week. Of these, 56% (or 12,674) stayed in hospital this week, a lower proportion to last week.

Neonatal intensive care beds: Occupancy has decreased from last week and is at 68.6%, down from 70.6% last week but slightly higher than 68.4% the same week a year before. The average number of care beds open is 1,711, a similar level to the week before and 2% higher than the same week last year.