Every year we ask trusts how they feel the overall regulatory system is functioning. Last year's survey results indicated that improvements reported by trusts in 2017 had stalled. This year's results suggest that earlier improvements are not being maintained consistently - while some responses indicate areas of improvement, others reveal that providers' experiences of some aspects of the framework have worsened over the last year.

This year, fewer respondents said that the overall regulatory framework of the NHS is working well (39% fairly well, 0% very well) than in previous years; in both 2017 and 2018, 44% responded that it was working well. As the national bodies undergo reorganisation and develop a new regulatory and oversight architecture there is a need to maintain a focus on ensuring the regulatory framework delivers value for money, places as little unnecessary burden on providers as possible and is proportionate to the level of risk that trusts are managing. 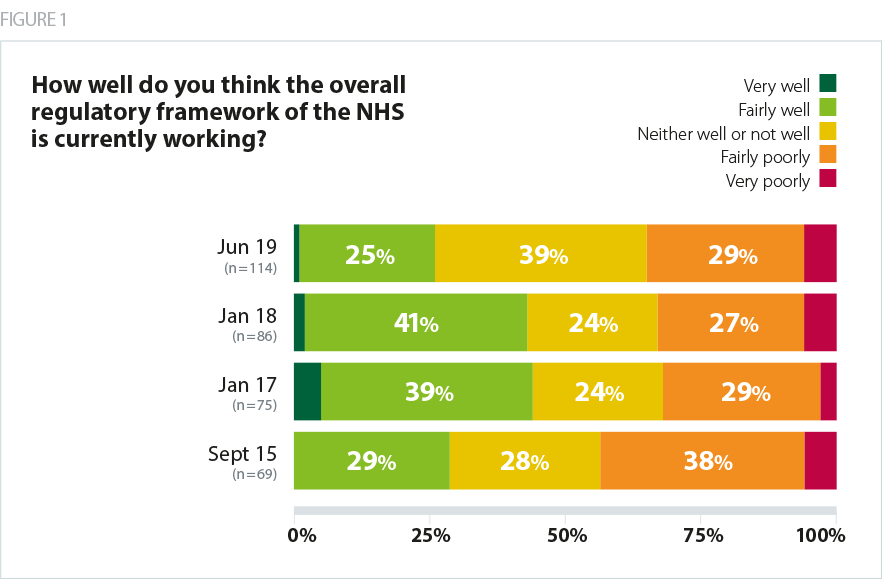 Trusts tell us that there continues to be misalignment and duplication between the regulators and national bodies, as well as with other organisations with oversight responsibilities. Trusts report that the level of regulatory requirements on them are not always proportionate to the level of risk they are managing, that the regulators could become more effective and efficient in their approaches, and that the regulators’ interventions do not always add value.  We explore these themes later in this report.

Every year we ask providers whether the overall regulatory burden experienced by their organisation has increased, stayed the same, or decreased over the last 12 months. In contrast to all previous years, when asked about the regulatory burden over the last 12 months, the most common response was that the burden had stayed the same (46%) and a smaller proportion (38%) said it had increased. In both 2017 and 2018 the majority (67%) of trusts said the burden had increased. 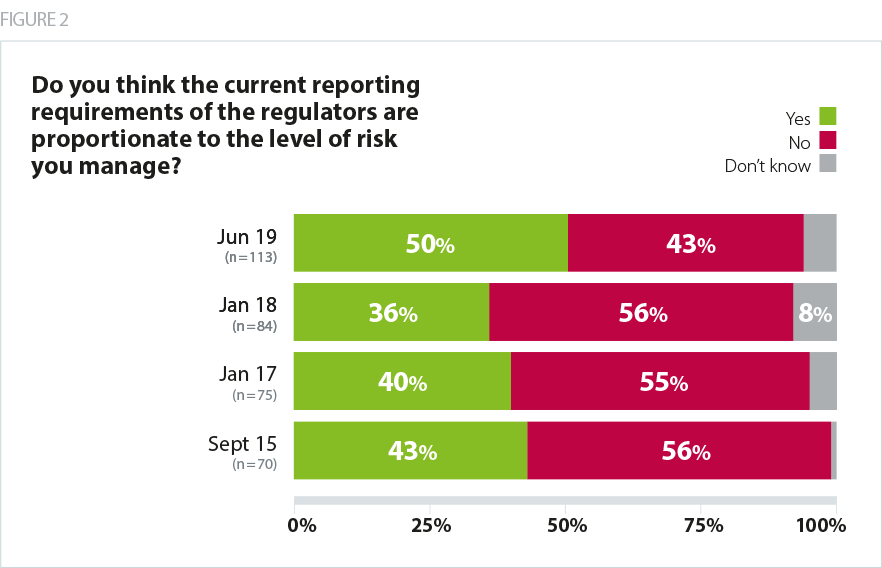 As in previous years, respondents highlighted that the expectations on them from the regulators are only one part of the oversight pressures they experience - trusts are also held to account by commissioners, professional regulators, local systems agreements and, in some areas, through devolution arrangements.

While the shifts in the trends this year indicate that efforts by the regulators to better coordinate their requests, interventions and communications to local organisations are starting to have a positive effect on frontline providers, it is important to recognise that nearly half of trusts report that ad hoc requests have increased in the last year and over a third say the regulatory burden has increased overall. Given the impact that responding to regulatory requests has on trusts in terms of resource and staff time, it is essential that reducing and streamlining regulatory requests continues to be prioritised by the national bodies.

Each year we ask providers for their views on how well the regulators understand the pressures facing trusts. This understanding is essential in enabling the regulators to practice proportionate and responsive regulation and oversight that is appropriately tailored to the organisation and its circumstances.

For the first time this year, we also asked providers for their view on NHS England's understanding of the pressures facing them. Only 39% of respondents said they think NHS England has a good understanding. This is not necessarily surprising given NHS England's role has not previously included oversight of the provider sector. However it does indicate that, under the new joint working arrangements with NHS Improvement, there will be a need for NHS England to rapidly develop and demonstrate its understanding of the provider sector – this is crucial for building trust with provider leaders, ensuring that the regulatory framework is realistic, adds value and does not hinder trusts’ ability to improve care. 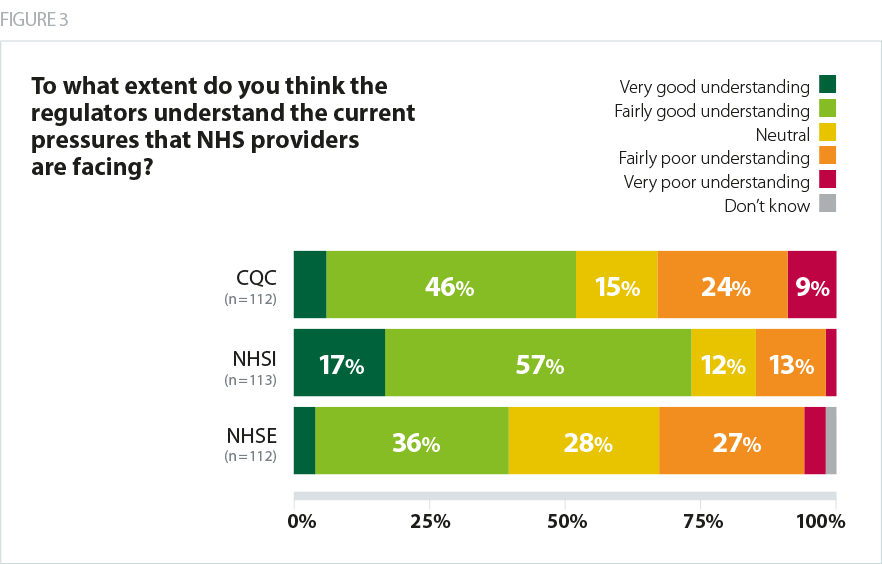