We asked members how effectively regulators had coordinated their activity with each other and with other national bodies over the last 12 months.

A slightly higher percentage of trusts thought CQC had coordinated its activity with NHSE/I and other national bodies effectively locally (28%), compared to nationally (21%). 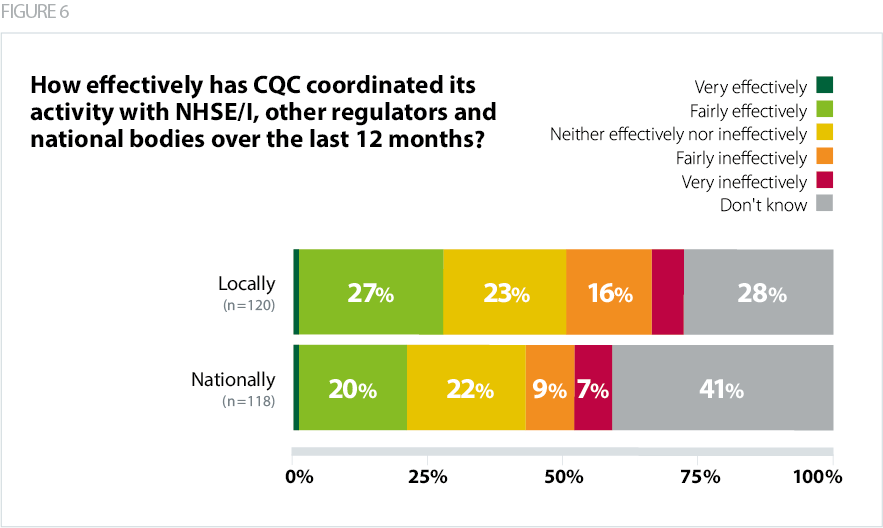 One respondent observed CQC was perceived to have been absent in terms of policy co-ordination at a national level, but that local teams had been responsive. Another observation made was that while there was a continuous supportive relationship with their CQC regional lead, this was contrasted by a poor experience of their local inspection teams – this has been a consistent theme in the dialogue between trusts and CQC over the past year.

As was the case with CQC, a higher percentage of trusts (34%) thought NHSE/I had coordinated its activity with CQC and other national bodies effectively at a local level, compared to nationally (23%). 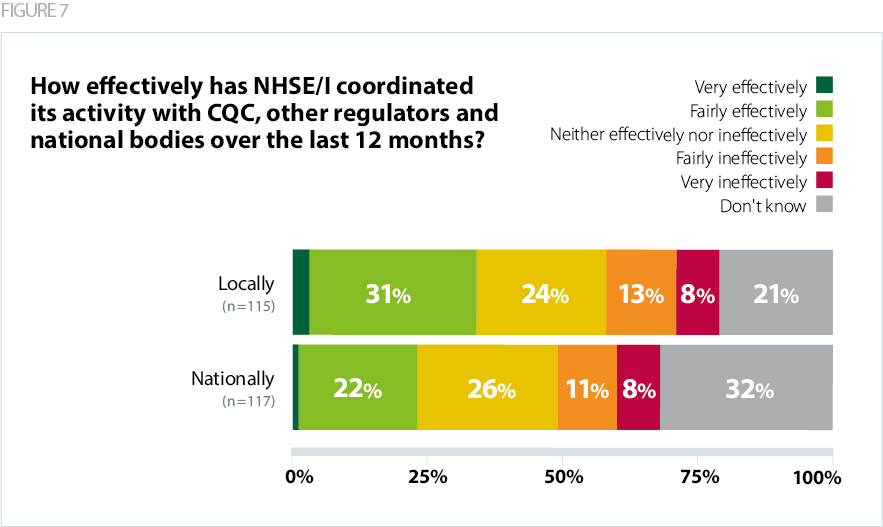