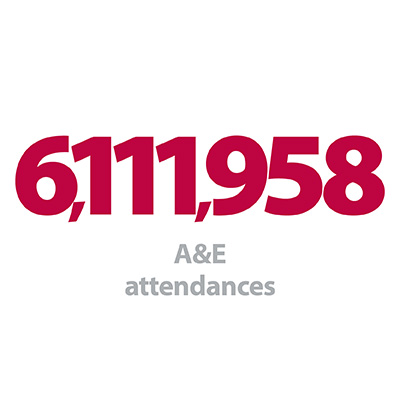 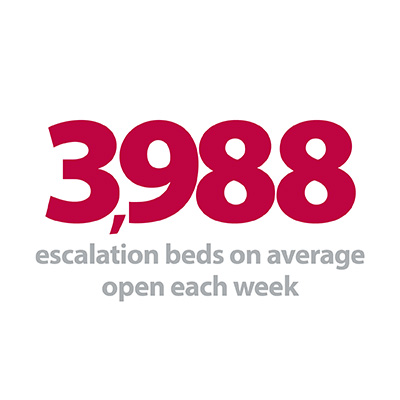 The NHS is in need of additional capacity, both in community services, mental health services and inpatient settings. The number of beds in the NHS has reduced over the last decade. However, at the same time demand for all services spanning primary, secondary, tertiary care services, and social care, has been rising. The disparity is only exacerbated by years of financial constraint and difficulties in recruiting and retaining key groups of staff within the workforce.
The mismatch between demand and capacity is most prominent during the winter months- but it is now a year round problem across the NHS.

Metrics across the service show that demand is rising, but the focus over winter is heavily focused on emergency care and specifically the A&E four hour target. So much so, it has become a proxy measure for the performance of local health and care systems in addition to that of individual trusts. Along with measures such as length of stay, we are able to monitor how patients flow through hospitals at an aggregate level. Our members also glean valuable insight on local issues by looking at the profile and acuity of the patients they serve. This local intelligence shines a light on the pressures in parts of the system and the gaps in community, mental health crises services and social care provision.

With such significant increases in demand, trusts and their partners are working tirelessly to see more patients. They have become more productive than ever. Nearly 5.2 million people were seen within four hours in A&E – an increase of 4.8% on last winter and an increase of 8% compared to 2014/15.

As providers prioritise the most unwell patients coming to hospital through the emergency care pathway, beds fill up. This was reflected in bed occupancy levels of 94% over winter. The fact that trusts must prioritise the most acutely unwell patients, coupled with constrained resource has compounded the decline in performance against other key constitutional standards.

The welcome ambitions of the NHS long term plan- such as the meaningful alignment of primary and secondary care and better integration of health and care services - may be the key to solving the demand management conundrum. However, preliminary research by the health think tanks has indicated that new care models are uncovering more unmet needs, rather than driving existing demand away from hospitals into the community as envisaged. Furthermore, we are not seeing a quick enough expansion of community provision to meet the current growth in demand.