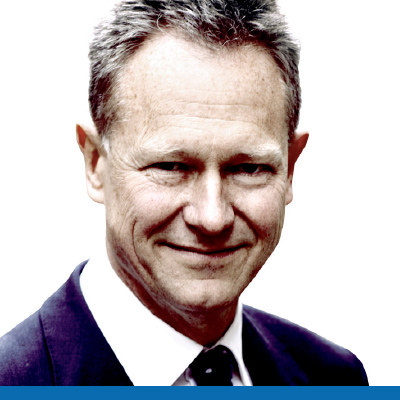 John is director of the Federation of Specialist Hospitals, which represents hospitals with a particular therapeutic focus, such as cancer or eye health. He was previously managing director of a consultancy specialising in healthcare policy.

People are not entirely happy with the current state of affairs regarding specialised commissioning, but there were some reasons for that in terms of the size of responsibilities transferred to NHS England, the limitations of the budgetary information that was given to them by the primary care trusts (PCTs) in their twilight period, and the fact that the commissioning resource in NHS England, as compared with the resource that had been available to the PCTs through their specialised commissioning groups, was considerably reduced. There were massively increased responsibilities and massively reduced resources. It almost inevitably became very transactional. A lot of the dissatisfaction is a function of the situation we have been in over the last six or seven years since the Lansley Act [Health and Social Care Act 2012] came into force. It's not necessarily a reflection of how things could be in the future.

If you look at the conclusions drawn from the recent exercise around the need to change primary legislation, there is a categorical statement that NHS England will retain responsibility for specialised services. That doesn't mean that they can't work in a more creative way with local commissioners through ICSs and the like, but it does mean they will keep primacy and budgets. I think that's probably sensible.

Given the law as it stands, and given the results of the consultation exercise that NHS England has recently completed on potential changes to primary legislation, we have seven regional offices of NHS England that are potentially well positioned to mediate that relationship between specialised providers and local commissioners. Even more so, there is an opportunity for specialised providers to actually share their expertise with commissioners and where appropriate to deliver the patient pathway through specialities.

Under the law as it's likely to stand following that consultation, NHS England continues to hold the budget, but it can express the budget through those regional offices and the regional offices are in a good position to work with more local commissioning or collaborative entities.

The regional offices are brand new. There is an opportunity there, but it's very important we don't end up with a regional cacophony. The regional offices have the potential to mediate the relationship with the more local levels, but what I don't think we want is for them to reinvent stuff at regional level which is actually best determined at national level. Obviously, you've got the highly specialised services which have always been and should remain at a national level. But things like service specifications, along with determining what is specialised, should remain at national level. However, there's a lot of latitude to determine how those services can best be delivered and that can be divided up between specialised and local providers.

The NHS tends to be a victim of fashion. It goes from one extreme to the other – one minute it wants everything to be ultra-local, the next everybody wants to run the NHS by national diktat. If we're honest with ourselves, it needs to be more nuanced, and I hope it will be. But there have been occasions over the last few years when there's been this very definite view that we've got to move to local population planning, and we know from experience that with many of the specialised services that isn't appropriate. I would hope there can be a sensible discussion and balance struck.

One of the really exciting things with the long term plan is to discuss how you can leverage the expertise of these national centres of excellence to diffuse innovation throughout the wider NHS.

We actually have national assets here in terms of healthcare delivery, but also in terms of the economic potential of the NHS. One of the really exciting things with the long term plan is to discuss how you can leverage the expertise of these national centres of excellence to diffuse innovation throughout the wider NHS. For that to happen, these centres need to be integrated with the wider NHS in a way which perhaps hasn't always happened in the past.

I think sometimes our member organisations are portrayed as ivory towers. They certainly don't want to be. They are very rooted in the NHS as a whole and we definitely want our services to be well-integrated within the wider NHS so they can do a good job for patients, but also be available to other NHS organisations to share their expertise and innovation. That's going to be very important, because we need to make the most of those opportunities.

I think that a block payment for a patient for a year of care has real potential, in part because it can incentivise new behaviour in delivering a good service for a patient. This is why you need to have outcomes in there as well, to deliver a high quality of outcomes but take advantage of new technologies.

If you do have a decent handle on how much care costs for patients with particular specialised conditions, there should be some opportunity to look at appropriate levels of tariff in a way which delivers good value but also generates opportunities for innovative approaches to care. As a federation we're very keen to see a good balance within payment methodologies vis a vis the outcomes that are being achieved. You'd expect us to say that because we believe our members deliver good outcomes and obviously delivering good outcomes is part of efficient care.

The danger... is that we leave specialised providers to greater or lesser extent out in the cold, which means as an NHS we’re not getting the best value from them.

Historically, NHS England has been a bit reticent, and could maybe play a more constructive role in ensuring different parts are joined up – that would be helpful. Its one thing for providers of a particular service to establish a network, but it's another thing for that network to actually be fully integrated with the NHS at a local level, and we're very keen to see that linkage occur.

At the moment I don't think it's happening – or certainly happening as well as it could or should. That has been for slightly doctrinaire reasons, because the fashion has been a focus on local populations and planning. The danger there is that we leave specialised providers to greater or lesser extent out in the cold, which means as an NHS we're not getting the best value from them. Hopefully, that will change. It's partly organic, but I think there does need to be a bit of input from NHS England so they've set a clear direction for CCGs in relation to STPs and ICSs. This need not be a grand strategy, but guidance in terms of how NHS England see specialised providers linking in with the local NHS so that the value of the relationship can be maximised.