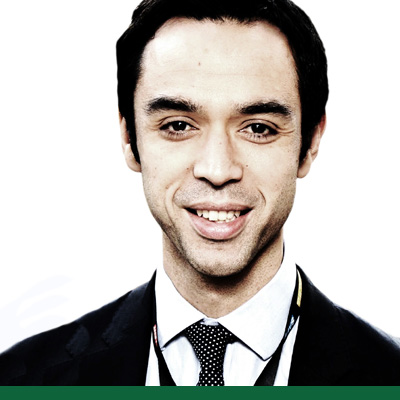 Karl joined the trust in 2015 as chief operating officer, becoming deputy chief executive in 2016. He has extensive operational management experience across a number of acute London trusts and in his previous role was the executive responsible for the clinical divisions, strategy, service, transformation, major incident planning and contract management.

In a big, urban environment like London, we have to deal with the added complexity of the sheer number of stakeholders in our STP. There are eight CCGs, eight London boroughs, eight provider trusts and many other parties.

It feels incredibly difficult to make and agree change, and its real challenge for north west London to initiate transformative change with that number of stakeholders.

We have better examples at a more local level in our constituent boroughs where boroughs and CCGs are in close co-terminosity, and so there are fewer stakeholders.

There is other work based around boroughs. For example, together with Imperial College Healthcare NHS Trust, we work with community and mental health services, the third sector and GPs – which is complex. Despite the sheer number of different contracts, there’s a willingness to work together and develop things.

Where we have been most successful in any integration project has been where there are fewer stakeholders, and it has tended to be in provider-to- provider interactions, with more established providers.

This could be because these providers are experienced in governing more complex organisations and more complex governance structures, than, for example, GPs. We have good examples of integration and partnering projects, but they are all provider-to-provider. This doesn’t mean that new collaborations aren’t possible or necessary, it is just that we need to ensure the conditions are right to help make these work.

Where we have been most successful in any integration project has been where there are fewer stakeholders, and it has tended to be in provider-to- provider interactions, with more established providers.

However, this is not happening at a fast pace. Much of it is about developing our relationships and mutual trust to develop new models of care.

We’re trying to develop proof of concept in Hammersmith and Fulham. We now have a memorandum of understanding and a broad non-legallybinding contract – a firm written commitment of partnership.

That would not seem sensible, and perhaps not legal. A large acute trust needs to think about a way of operating with some uniformity and manageability. Imperial have an even bigger brief, a £1.2bn turnover and an even bigger catchment.

Some conversations I have with colleagues in the national bodies and the regulators bring out the legislative and regulatory tensions. Bigger-scale change to legislation and regulation must lie ahead.

National bodies still see and regulate us as sovereign organisations on performance, which unintentionally undermines working across boundaries. I can think of recent examples where procurement rules and market mechanisms inhibit more collaborative efforts, in a number of instances.

Some conversations I have with colleagues in the national bodies and the regulators bring out the legislative and regulatory tensions. Bigger-scale change to legislation and regulation must lie ahead.

One example is our joint venture on pathology services. We made the case to the CCG that pathology is a key support service underpinning system working, it supports healthcare in all settings, from GP to diagnostic, secondary and advanced services. However, we’ve found that the CCGs felt legislation required them to do a full market test, rather than thinking about pathology across this whole health economy. Sadly, they have awarded the contract to an organisation outside of north west London on the basis of price. In my view, this fundamentally undermines the idea of trying to develop a model of scale and uniform delivery across the patch.

Some things can help bind an integrated system together, and pathology is one classic example. It’s an underpinning element of an integrated service model.

Local authorities, public engagement and the politics of change

The relationship with local authorities is clearly complex because there are so many. North west London was pre-STP pioneer, working collaboratively with local government on big strategic change projects.

However, we courted a lot of controversy because this involved reconfiguration, including a consultation on maternity and A&E service closures. The politics associated with service change are often very hard to navigate, especially with boroughs, councillors and officers' accountability for delivering change across eight boroughs, with perceived winners and losers. We made some changes and were stymied in other areas.

We have also seen some boroughs' commitments to work more collaboratively change. A tri-borough arrangement in inner north west London partly split due to a change in the party of councillors after the local elections. That alters the commitment to certain work programmes and collaboration.

We engaged the public a good deal in much of the reconfiguration work on A&E, out-of-hospital and maternity services, but this was clinically led, with all the combined medical directors on stage with chief executives.

On the whole, this served us well, even if it wasn’t always easy. You often deal with particular interest groups, but our central tenet was to develop changes actively with the public and other stakeholders in formulating the plans for change.

Some things can help bind an integrated system together, and pathology is one classic example. It’s an underpinning element of an integrated service model.

As we develop a more integrated approach, face-to-face care should not be the only delivery model in the future. I still think will see a broad model of traditional A&Es and acute services existing, but maybe with one or two less sites.

It will be interesting to see if more specialist services consolidate further, like trauma and stroke services have done. I expect we will see more of those consolidations across fewer providers, but with an expectation of good networking arrangements across big urban environment like London.

What’s unknown, but would be hugely beneficial for the population, would be better networking of health and social care.

Longer term, on the provider side we could be looking at West Middlesex University Hospital moving away from being a traditional district general hospital with an emphasis on delivering emergency care. It might become much more of an integrated care hub with more enhanced primary care and mental health provision, better co-located and enabling a more integrated care offer.

That kind of change is more complex to try at Chelsea and Westminster Hospital, both physically in terms of land and estate, and because of the types of services we provide. The more peripheral hospital sites in our area have bigger physical estates, which may well lend themselves better to more integrated services and to teaching. On the more central London sites, we may see more specialisation of services, perhaps with less emphasis on physical co-location to support integrated care in a more community-based setting.

In essence, if the integrated agenda works then services should be different for the local patient population in five to ten years’ time. The long-term vision has enhanced elements of provision in community settings: more enhanced care in people’s homes and other community settings, as well as technology enhancements that will support the delivery of more virtual care.