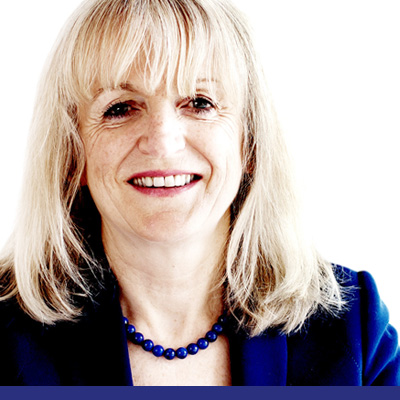 Christine became chair in 2014, and has worked at board level in the health sector for 24 years. Christine is also an elected board trustee of NHS Providers, as well as a non-executive director of the Yorkshire Academic Health Science Network. Her first role in the NHS was as a patient advocate and she continues to be passionate about working with clinical staff and patients to provide excellent services and outcomes for people.

Health and social care have devolved accountability and funds to a pan-Manchester body. This looks and feels very different to elsewhere, with a much greater degree of system integration.

This is helpful as it means everyone can see the local autonomous decision-making, and taking charge of decision-making for the population. People have always tried to work together, but the interests of individual organisations sometimes dominated strategy.

Being part of a collective project means people try hard to make it work and DevoManc gives us some structure and infrastructure to enact change.

Of course, our local authorities within Greater Manchester are also extremely engaged and that is a key enabler. Our strategic partnership board is chaired by a local authority leader and meets every month. This is attended by every chief executive and council leader, with much focus on local authority work and prevention and public health working alongside the NHS.

Being part of a collective project means people try hard to make it work and DevoManc gives us some structure and infrastructure to enact change.

The CQC describes our trust as an international leader and we aim for precisely that in our quality of care, research and teaching. Vitally, we are able to integrate all three, which we see as the hallmark of a truly world leading centre.

We are strongly linked with other acute providers and primary care, within Greater Manchester and nationally. Our networked approach means that our specialist services can be made available nearby to wherever patients
live.

We would like more cancer patients to be diagnosed early, as that will mean better success in treatment. To be truly world beating, we have to work together with others so that our patients, whether treated at The Christie or elsewhere, have the best possible care and the best chance of successful treatment.

Local relationships didn't start with DevoManc. There is a long history of co-operation around Manchester. When the previous cancer networks were abolished by the Lansley reforms, we maintained co-operation through establishment of 'Manchester Cancer' as part of the Manchester Academic Health Science Centre. This gave a real focus on improving cancer care pathways between providers and evolved into the cancer programme of the new devolved authorities, as well as being the basis of the northern part of the national cancer vanguard. This was the springboard for trying out new and innovative ways of prevention and early detection of cancer in some of the worst affected parts of Greater Manchester.

Now, the DevoManc partnership can build on that history of collaboration and offers us a good organising structure. We have an agreed cancer strategy and a number of innovative programmes within
the framework of the national cancer strategy.

It’s sometimes hard to separate the Greater Manchester partnership and what we would have achieved anyway. In the end, however, people here naturally want to make good things happen and co-operate because they see the sense in trying to be successful. There’s a certain pride here that Greater Manchester has gone further than some STPs – organisations and staff make things happen at system level.

People here naturally want to make good things happen and co-operate because they see the sense in trying to be successful.

Not all roads lead to the ICS

Of course for a specialist trust, as for many providers, the ICS does not always provide the footprint we need. The Christie leads innovation in many areas for the North of England, and the country more widely, for example we have recently been designated as an advanced cellular therapy research centre.

We have partnered with industry for pioneering work on stem cell therapies and will be one of only three centres for this in England. We’re also bidding to be a regional genomics centre, and have five STPs across the North West involved. Greater Manchester is working with other STPs to agree how to do genomics together – STPs provide an easier basis to agree this than trusts working alone.

We have fantastic clinical and public engagement through 'Greater Manchester cancer' before the ICS came about. Previously we could get networks of clinicians to work together better. Now, we have vehicles like the cancer vanguard to support important changes, such as improvements in treatment pathways and offering CT scans in supermarket car parks in order to detect cancer early – all are captured within our cancer strategy. I would say we have good engagement compared with other places. People are quite knowledgeable and connected.

As you would expect with local authority involvement, public engagement has been a core strength. For cancer care specifically, we have recruited thousands of 'cancer champions'. We work with them on what can change public behaviour on eating and drinking. This way, the public pass on their knowledge – it’s innovative and works well. Foundation trust governors are also important in supporting us to engage the public.

Looking to the future

If STPs/ICSs and DevoManc prove successful, in five to ten years time we will have improved cancer prevention through more collective endeavour and better early diagnosis. We all see that as key to improving.

As well as improving outcomes, we will have also settled any changes in cancer care pathways (route, standardisation, good practice on tests, where expertise is best concentrated). Making collective decisions is vital to all those improvements and I’m now more confident we might be able to do these things and make it all happen.