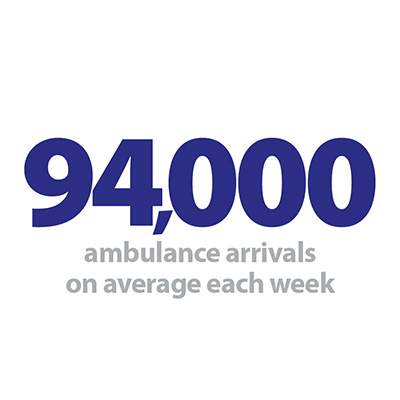 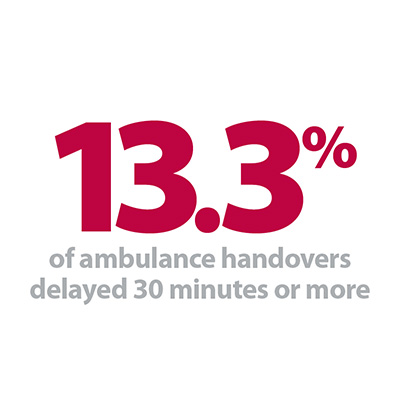 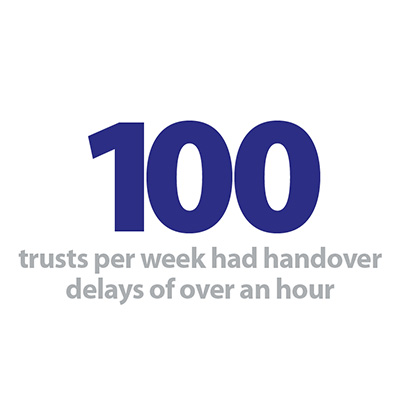 The pressure in emergency departments is often the focus of the coverage over winter. However, a central feature of this winter has been the overwhelming pressure on the ambulance service with high volumes of people requiring transfers to hospital.

The ambulance service has been so stretched that reports of people waiting longer have been widely reported in the media. Things were so challenging that concerns about the risk to patients in some areas of the country were escalated to regulators and discussed in Parliament.

There are 10 ambulance trusts across England, all covering large populations and geographies serving multiple trusts, with multiple hospital sites. Over winter, there were a total of 1.3 million ambulance arrivals in England, the same as the population of Birmingham arriving by ambulance. This equates to a weekly average of 94,000 – and nearly 13,500 ambulances a day (the same size population as Whitby). This is the equivalent of an ambulance arriving every 15 minutes, 24-hours a day at the 137 trusts with major A&E departments over the whole of winter.

Delays from when an ambulance crew is able to hand a patient over to a hospital’s emergency department are called ‘ambulance handover delays’. This year we witnessed the queues we usually expect to see each winter, move from inside emergency departments, to hospital forecourts and corridors.

Ambulance delays are most typically an indicator of hospitals struggling with internal capacity – there might be a full A&E department because beds across wards are full, and they are struggling to discharge patients back home, in the community or to social care settings. It could be argued that, at the apex of the system, ambulance handovers delays are a key metric for whole system pressure.

Over winter, 13.3% of ambulance handovers were delayed by 30 minutes or more; meaning175,000 people waited for more than half an hour. However, in the last week of December this was as high as 17.3%, meaning 1 in 6 people had to wait 30 minutes of more.

Over the course of winter, 38,000 people (3% of all handovers) waited for 60 minutes or more for an ambulance – comparable to a population the size of Great Yarmouth. On average over 100 trusts per week had ambulance handover delays of over 60 minutes showing how widespread the pressure across the system has been.

Additional analysis showed that nearly 600,000 people faced a delay of more than 15 minutes (Guardian, 2018), even though guidance from NHS Improvement in the run up to winter said that delays should not exceed this.  This means that a population the size of Bristol waited more than 15 minutes.

It is now commonplace over the winter period for accident and emergency corridors to become full of patients and ambulances to queue outside emergency departments. It means that patients in the community could be having heart attacks and strokes when there are no ambulances available to provide an emergency response. The risk of harm is now transferring from those in corridors to patients in the community needing an ambulance.