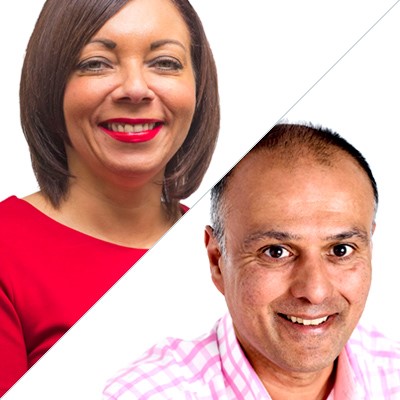 The Black Lives Matter movement has shone a light on the racism and discrimination Black, Asian and minority ethnic colleagues and friends continue to face throughout the world. We don’t have to look far from home to see the challenges faced by those from minority communities both as employees of the NHS and those accessing and receiving care. The NHS is only a microcosm of what happens in society and many of these challenges are a result of structural and systemic racism that has existed for many decades both within and outside of the NHS.

When Bevan created the NHS one of the core founding principles was equality and inclusivity, health care to all. it feels as though this has been lost. When we think about the equality agenda the NHS has two clear responsibilities. Firstly, to look after its people, ensuring they feel valued, have a sense of belonging, are able to practice free of discrimination and have equal access to development and progression opportunities.

Secondly, to the communities it serves, ensuring patients have access to the services they need and that any unwarranted variation in outcome is kept to an absolute minimum. If we are going to achieve the latter we need to first focus on our people. If the NHS does not recognise and welcome diversity within its workforce, if it does not ensure the leadership at every level represents the communities that it serves and if it does not develop inclusive cultures that are underpinned by compassionate leadership, we cannot hope to gain a true understanding of the root causes of health inequalities and with this understanding make progress in reducing them.

When Bevan created the NHS one of the core founding principles was equality and inclusivity, health care to all. it feels as though this has been lost.

To achieve change there are a number of steps we need to take:

Have an honest conversation about racism. It exists in society and it exists in the NHS. Acknowledgement of that fact is the first step to taking action to deal with it. We also need to accept that inequalities and racism are intrinsically linked and stop talking about them as if they are separate entities. Why is it that some find it uncomfortable to move the NHS to being anti-racist? Surely wanting to act on an issue that causes real harm to staff and patients is something that our people want to be proactive on?

Data and measurement is essential to understanding and knowing we are making progress. But data alone is not enough. If we are really going to make lasting positive change, we need organisations led by leaders that are not only culturally competent, but understand and can demonstrate inclusivity.

Any major change has to be led from the top and will only achieve significant and sustainable improvement if mind-sets as well ways of working change. This means acknowledging and dealing with personal prejudices and privilege as well as understanding how inclusive leadership can be role-modelled. It is very easy for intelligent people to intellectualise this subject without truly understanding it. So, training and learning from colleagues at depth is important. We also need to be more explicit about the personal responsibilities of chairs and chief executives to lead inclusive organisations. Boards are responsible for all staff, not some staff. Rating organisations who fall short of this as outstanding does not send the message that the NHS is committed to equality.

If we are really going to make lasting positive change, we need organisations led by leaders that are not only culturally competent, but understand and can demonstrate inclusivity.

Leaders at every level should be not only culturally competent but also culturally interested. If we are really going to support colleagues within organisations, we first have to understand what happens for them outside. Many colleagues from minority communities do not bring their whole self to work as there are often poor consequences for them if they do. “Fitting in” into the prevailing culture is not intrinsically bad per se, it is if the prevailing culture is one where significant numbers of people do not feel valued, feel that they belong and most importantly feel psychologically safe. We, as leaders, lose so much of our organisation’s potential and perpetuate inequality in service provision as well as in staffing matters if we do not take action on race inequality.

We need to support white colleagues to become positive allies against racism. Not being racist is no longer enough. We need colleagues to be anti-racist, feeling confident to talk about race and racism and to call out inappropriate or racist behaviour when they observe it. Many colleagues need support to do this as there is a fear of saying the wrong thing when in fact the worst response is silence.

As we stated earlier, racism exists in the NHS. Acknowledging that is the first step to change. As two of only eight provider chief executives from ethnic minorities we can say that being the most senior leader in an organisation doesn’t protect you from this. It does mean that we can where possible be at the forefront of change. But we need the rest of the NHS to come alongside us.