Although national leaders have not set a clear trajectory for improving performance, as in previous years, we have looked at the 2019/20 provider sector performance task.

The effects of several years of funding constraint are not only visible in the scale of the financial challenge facing trusts – they are also being felt by patients, most obviously in the form of declining performance against national standards.

Data published by NHS Improvement covering Q3 2018/19, the most recent available, shows performance against the four-hour accident and emergency standard was 87.7% - worse than a year earlier. Early data for Q4 suggests performance slipped further in the following weeks, to its worst recorded levels. As the table below shows, the number of trusts unable to deliver against this standard has increased dramatically in the past six years. Not only has the number of trusts performing below the target increased, but they are also missing the target by a much bigger margin: in 2012/13 there were only 16 trusts performing below 90% and none below 80% while in 2018/19 there were 106 below 90% and 53 below 80%. 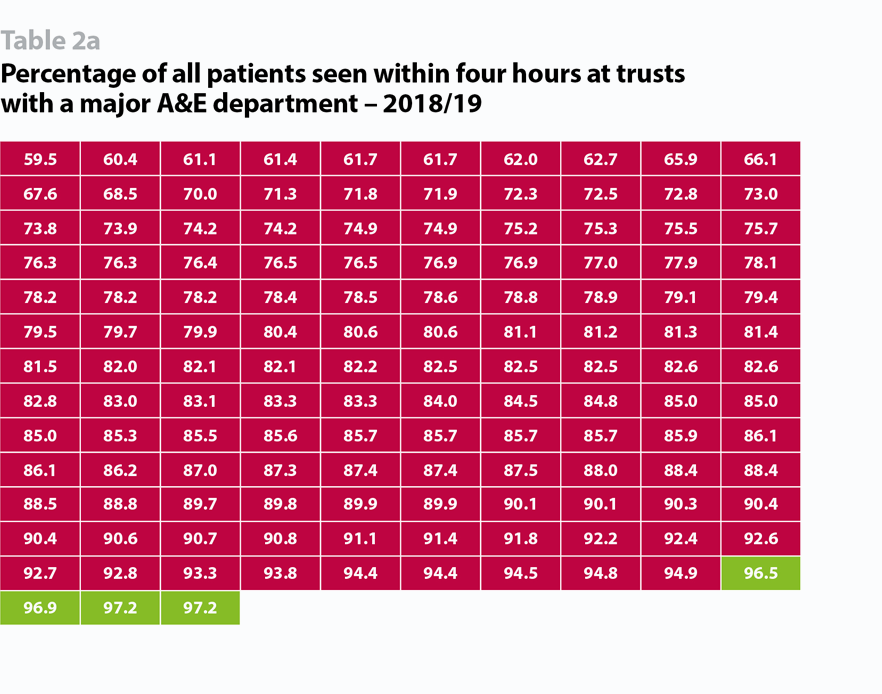 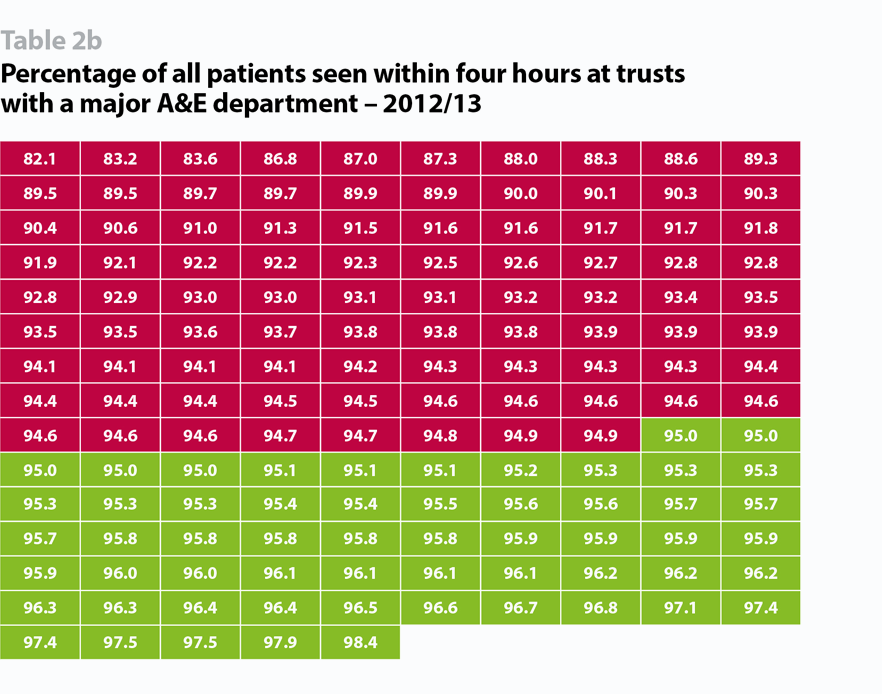 Trusts are similarly struggling against other key standards. At Q3 2018/19: 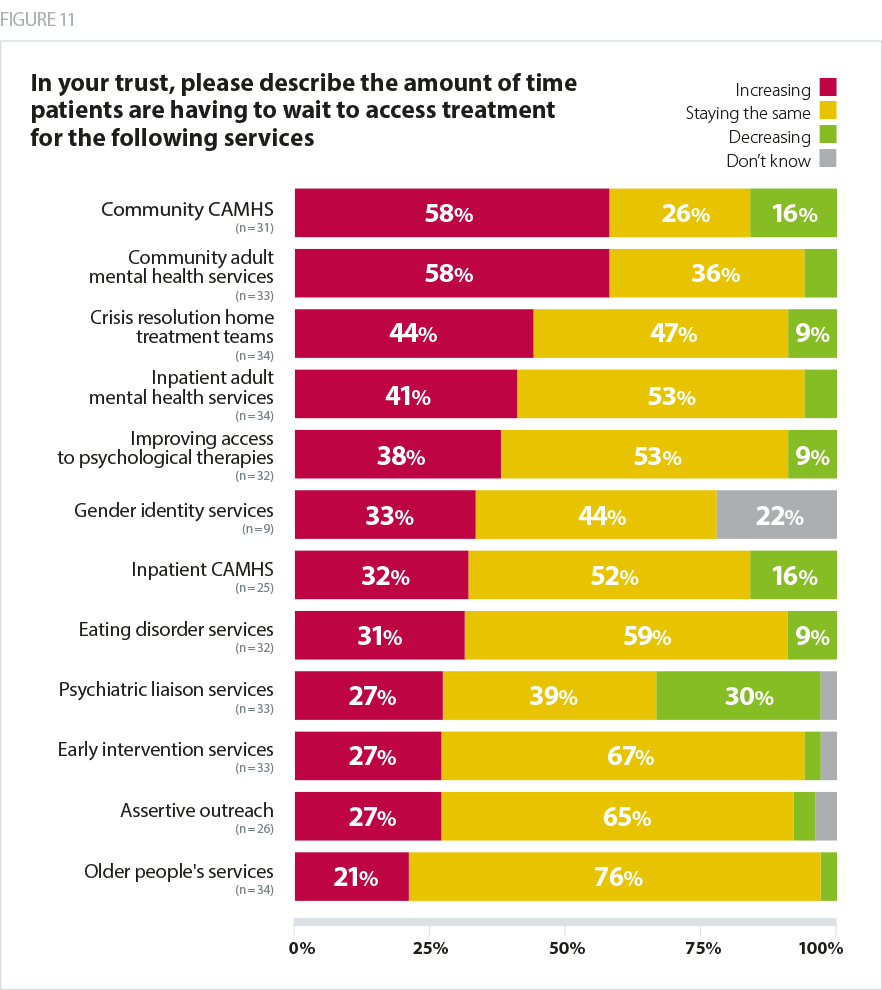 The same survey also found that trusts overwhelmingly are unable to meet demand for both children’s and adult community services. 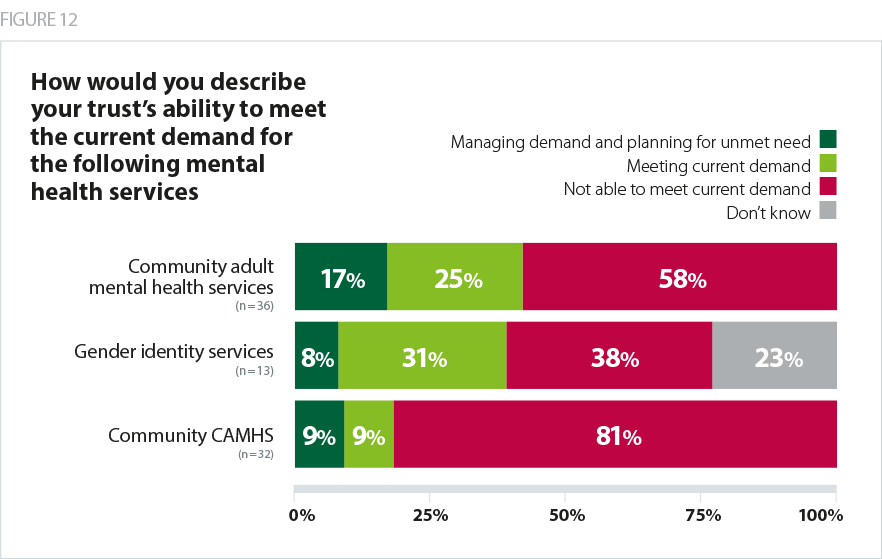 Patient care is the ultimate priority for providers – trusts will do whatever is possible to improve care and access. Due to providers’ efforts over the past year to remove friction in the emergency care system, there have been significant improvements in two key ’flow’ indictors - delayed transfers of care (DTOCs)and ambulance handover times. 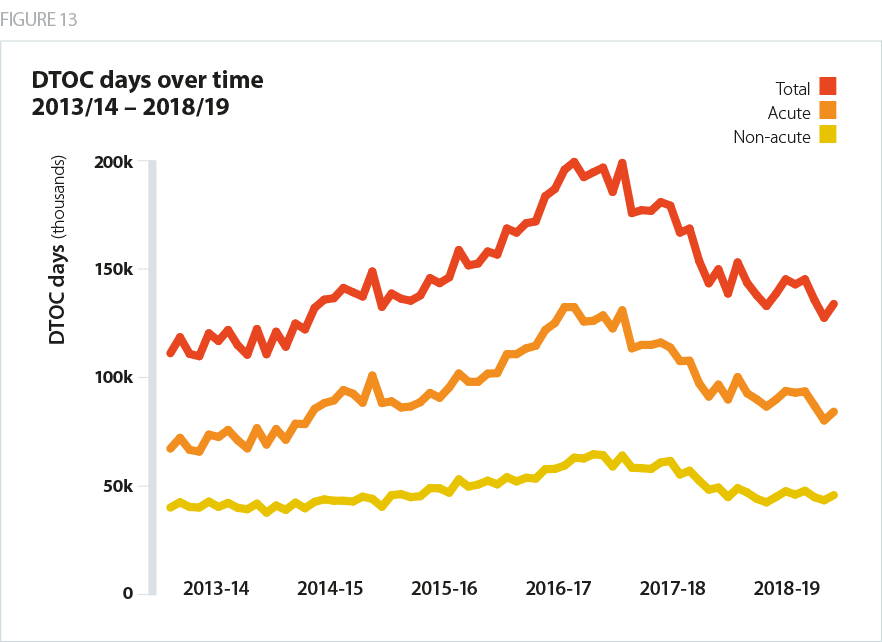 Trusts also delivered a major improvement in productivity in the first three quarters of 2018/19 – 1.6% compared with 1.2% a year earlier. This enabled more patients to be seen and treated with fewer inpatient beds open than in 2017/18. These are valuable improvements and will have resulted in a tangibly better experience for many patients. However, emergency admissions increased by 6.1% in a year between 2017/18 and 2018/19. In the face of sharply rising demand, improvements in productivity and patient flow will not, on their own, be enough to enable the service to deliver the level of performance that is expected of it.

A review of clinical standards is currently underway and is expected to be completed before the end of 2019. This is an important piece of work, the impact of which will be felt by NHS leaders for many years to come. It is reasonable for national leaders to review the essential standards used to judge the performance of the health service, and the review presents an opportunity to improve care for the most critically ill patients. However, due to the significance of the work, those leading the programme must take care to build consensus with patients, the public, clinicians, managers, politicians and trusts. They must also test any changes comprehensively and they need to allow as much time as possible to implement them. Until this work is complete, the trajectory for improving performance, unlike finances, is unclear.