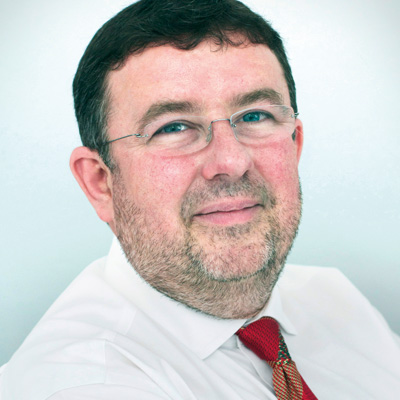 Chris Hopson joined NHS Providers (then the Foundation Trust Network) in September 2012 as chief executive following a career spanning the public, private and voluntary sectors. Between 2005 and 2012, Chris worked at HM Revenue and Customs (HMRC), in a number of board-level roles Other roles include board-level corporate affairs director at Granada Media and first political adviser at the Department of Culture, Media and Sport.

Chris is a graduate of the cross Whitehall high potential development scheme, designed to identify and develop the next generation of top civil service leaders, and he holds an MBA from Cranfield Business School.

From bright idea to successful programme: a personal perspective

Three years ago, Stephen Hay from Monitor, David Flory from the NHS Trust Development Authority, Jan Sobieraj from the NHS Leadership Academy and I sat in David Flory’s office and agreed that, collectively, we had to address the NHS provider chief executive pipeline.

Secondly, as the pressure on the NHS was mounting, it was obvious that the provider chief executive role was going to get more difficult and challenging and that we needed to provide a greater level of development support for new, first time, chief executives.

Thirdly, we agreed that it was simply wrong and unacceptable, post dissolution of Strategic Health Authorities, for the NHS not to have a structured development programme for one of its most important senior leadership positions. After all, the 233 trust chief executives are formally accountable for £70 billion of public expenditure, over 750,000 staff and a million patient interactions every 36 hours.

The idea of the Aspiring chief executive programme was therefore born. A programme that identifies potential future provider chief executives, uses a rigorous process to select those with the greatest potential, and then enables them to benefit from a well-designed and thoughtful development programme.

The Aspiring chief executive programme identifies potential future provider chief executives with the greatest potential, and then enables them to benefit from a well-designed and thoughtful development programme.

The programme design has been particularly impressive, thanks to the team at the NHS Leadership Academy. We’re all used to those rather dull, ‘show and tell’, sheep dip you in the content, development programmes. They feel very ‘day before yesterday’ to me. This programme, as the blogs from the programme participants show, is very different.

A strong emphasis on group learning. A deliberate and challenging focus on getting participants to reflect on what would personally make them an effective top leader of a complex organisation. Having the patient and staff perspectives right at the heart of the programme by ensuring each participant has a staff and patient buddy, with frequent interaction. And getting the right balance between how to lead an individual provider institution and how to play the increasingly important wider, system leadership, role.

Has the programme been successful? We’re doing a proper piece of evaluation so the full, evidence based, objective judgement must wait. But from where I sit, the programme has significantly exceeded my expectations.

We’ve had two cohorts of 14-28 participants in total. Cohort One graduated in February 2017 with Cohort Two graduating in November of this year. Of the 28, ten (36%) have already been appointed to lead trusts. That’s an extremely high success rate, and that’s within just a year of graduation. Many schemes of this type would expect to see a slower, say three year, chief executive appointment return.

A significant number of other participants, particularly from cohort one as you’d expect, have also been through chief executive appointment processes where they have been judged clearly appointable but have been pipped at the post. That’s a success in itself – we now have a bigger pool of credible provider chief executive candidates, giving provider boards a wider choice of candidates than before.

The participant blogs also point to another crucial benefit – that all the participants feel they are significantly better equipped for the chief executive role as a result of the programme. I particularly like the consistently expressed view that, to paraphrase, “I thought I was ready to be a chief executive, but the programme has taught me I wasn’t. Thank goodness I did it”.

Another benefit which I can particularly see, as someone who has spent time with the programme participants, is the power of the group that has been created. It’s great to see a group of senior leaders providing such strong support to each other in what will inevitably be difficult and challenging roles. But also a group who have a clear view of how they believe the NHS should be led and will be seeking to promote that view.

Another benefit is the power of the group that has been created. It’s great to see a group of senior leaders providing such strong support to each other in what will inevitably be difficult and challenging roles.

My last role was in the civil service. I was hugely privileged, together with both the current and last Permanent Secretary at the Department of Health, to graduate from the similar Civil service high potential development scheme. You sometimes get asked what you’re most proud of achieving in your job or wider career. I have no hesitation in saying that helping ensure the NHS now has a similar, high-quality, top leadership scheme would be very high up my list.

It’s been a privilege to help develop the initial idea, chair the programme board, take part in a formal conversation session with each cohort and then buddy and support many of the participants. I couldn’t be prouder to say that, in my role as NHS Providers’ chief executive, I have played a part in helping create and support the next generation of provider chief executives. We often talk about the importance of system leaders acting as system stewards – this feels like acting as a good NHS steward.

Thanks to everyone who as made the programme such a success – particularly colleagues at NHS Improvement and the NHS Leadership Academy and the participants themselves. It’s been a great team effort!