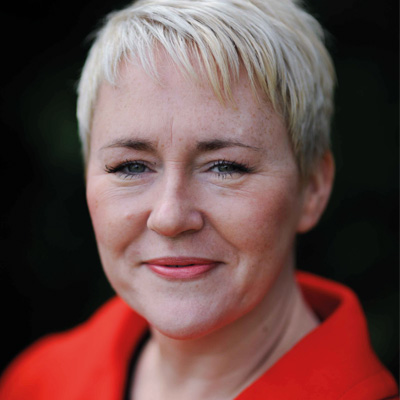 Suzanne Tracey is the chief executive of Royal Devon and Exeter NHS Foundation Trust (RD&E). Suzanne joined the NHS in 1993 having qualified as an accountant with Price Waterhouse. She held the post of director of finance/deputy chief executive Yeovil District Hospital NHS Foundation Trust since 2002 before joining the RD&E to take up the role of director of finance in 2008. She was appointed chief executive in 2016. She is also member of the board of trustees for and past president of the Healthcare Financial Management Association.

I was a participant in Cohort One of the Aspiring chief executive programme and it is not an overstatement to say it is the best personal development I have undertaken in 24 years in the NHS. I joined the programme as a deputy chief executive/chief financial officer with a desire to become a chief executive.

The very first session positioned the central focus of the programme on patients and the public, and this theme together with a determination to develop our skills around the equality and diversity agenda became golden threads of the programme.

I loved the way the programme was structured with a virtual campus that allowed us to undertake personal study across a range of materials, including written reports, video interviews and a logbook of personal reflections. We then came together at a number of workshops during the year to apply our learning thorough a series of novel and thought provoking exercises: my kind of learning!

It is not an overstatement to say that the aspiring chief executive programme is the best personal development I have undertaken in 24 years in the NHS.

The mantra of the programme is to develop a new breed of chief executives who take a different approach to address the issues facing the NHS now and into the future. We have been encouraged to develop as system leaders and this was really evident in the work that we did and I feel much better equipped as a result.

I guess though that one of the biggest surprises as a participant is how much I learned about myself. Alongside other elements of the course there is the work you undertake with your Praxis Group, comprising around seven of your fellow aspirant chief executives and two facilitators (including an existing chief executive).

Although this looks like an action learning set, it feels a lot different.  You are encouraged to reflect (and I mean really reflect) on what makes you you and why you do what you do. I shared stuff with this group that I haven’t even shared with myself before and you couldn’t ask for a more supportive and encouraging environment to do it in.

The most important thing I took from my time on the programme is that is ok to be yourself and do things in your own style, rather than to attempt to fit a stereotype of what you think a chief executive should be. How liberating is that?

The bonds that you develop as a team are so strong as a result and I finished the course with a support network of fellow chief executives and senior directors that I know I can call on at any time. As a newly-appointed chief executive this is invaluable.

Alongside the network of other participants I have also developed a network nationally as a result of the excellent support and input from NHS Improvement, NHS England and NHS Providers. So that brings me to where I am currently.

Halfway through the programme I applied for the vacant chief executive role at my existing trust and have now been in post for over a year. The programme really prepared me for what was in store, both for the recruitment process but also in the role.

However the most important thing I took from my time on the programme is that is ok to be yourself and do things in your own style, rather than to attempt to fit a stereotype of what you think a chief executive should be. How liberating is that? Twelve months in, I love the job I’m doing and relish the opportunity to make a difference for my own local community.