Over winter, the increase in demand for emergency care is often the main focus of public attention. However, increases in demand are felt right across the system, with additional pressure on mental health services, community services, primary care and social care. Winter planning is truly a whole system issue, as partners work together to try and treat people closer to home and reduce unnecessary admissions, and length of stay, in hospitals.

One consequence of the NHS system running 'hot' is that it severely restricts the scope to re-deploy resources – including beds and staff – to ease pressure on A&E. Resilience to deal with the inevitable spikes in demand is compromised. Trust leaders tell us that in the past it was easier to draw on spare capacity to soak up these extra pressures and they are working in new ways to try to keep up. The figures tell their own story – they are falling further behind.

Set out below is a range of performance metrics from across the provider sector which give an indication of these pressures. Where possible we set out the current position, the position last year and the position compared to the 2018/19 planning guidance.

Winter planning is truly a whole system issue, as partners work together to try and treat people closer to home and reduce unnecessary admissions, and length of stay, in hospitals. 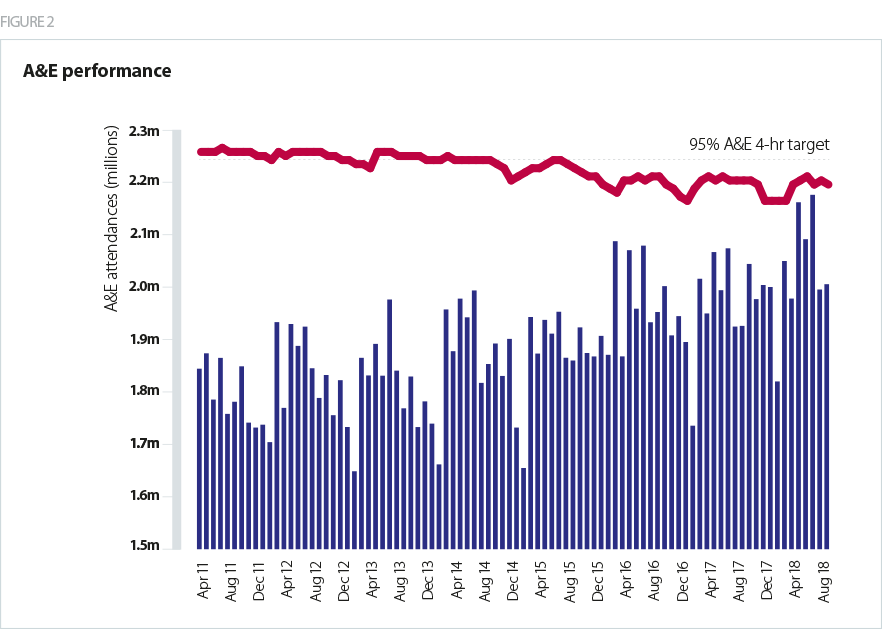 Performance against the two week standard for urgent referrals had slipped to 91.7% against a target of 93%. At the same point last year performance stood at 94%.

Mental health trusts tell us that increases in demand combined with severe staffing pressures and the lack of suitable beds are resulting in costly out of area placements.

The wider health and care sector