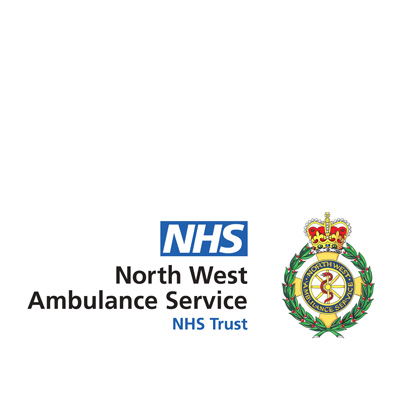 NWAS serves a population that is more deprived than the English average on the index of multiple deprivation (IMD). Deprivation is an important driver of 999 demand as shown below. Internal modelling suggests if the north west had the same deprivation profile as England (20% of population in each quintile), NWAS would receive 85,000 fewer incidents a year.

The Core20PLUS5 is a national approach to reducing health inequalities. It targets interventions at the most deprived 20% of the population (as defined by the IMD), plus groups experiencing poor health outcomes, and highlights five clinical areas, including hypertension case finding, for particular attention.

"There are an estimated half a million people with undiagnosed hypertension in the north west," says Christine Camacho, public health registrar at NWAS, "as an ambulance service we record the blood pressure of approximately one million patients a year." However, this data is generally not used for population health interventions. If an individual calls an ambulance but is not conveyed to hospital, information about their blood pressure, even if it is high, will not be shared with any other part of the health and care system.

So, when it came to thinking about the Core20PLUS5 framework, Christine says that, because of their focus on high intensity users and the routine collection of this data, "hypertension case finding seemed like an obvious place to start."

Furthermore, other national policy and strategy documents, including the NHS Long Term Plan and the PCN Direct Enhanced Service, focus on the prevention of strokes, heart attacks and dementia by improving the detection and treatment of contributing factors like hypertension.

In 2021, NWAS launched a pilot to share the basic data it collects on hypertension with a primary care network (PCN) in Greater Manchester, which is made up of eight GP practices. The purpose of the pilot was to use the data collected by NWAS to identify undiagnosed hypertension and under-treated individuals.

Blood pressure readings for patients registered to these practices were sent by the NWAS team to an agreed PCN contact. They in turn invited patients for a review appointment with a practice nurse or GP. Details of patients with hypertension who were conveyed to hospital were excluded from this list.

In this pilot, details of 71 patients with high blood pressure, who had not been conveyed to hospital, were passed on to the local PCN. Overall, 40% of those reviewed received an intervention in primary care. Six people received new diagnoses of hypertension, four people with existing hypertension had their medication optimised, and four more had borderline hypertension and were referred for lifestyle interventions.

"We switched to using an electronic patient record (EPR) last year, which made it possible to think about things at a population health level, and was an enabler to delivering this work," Christine says. The pilot also received approval from NWAS information governance, making it possible to share information and work collaboratively with PCN colleagues.

Relationships with primary care colleagues have also been important. "We already had a positive relationship with the PCN we worked with for this pilot. We had rotational paramedic posts there, and that helped to open the door," explains Christine.

The importance of a dedicated public health role

A dedicated public health professional working within an ambulance trust is crucial to establishing this way of working. Christine has used NWAS data to create heat maps of falls, drug related overdoses and mental health presentations, to support an enhanced understanding of patterns of demand in the north west.

Wider support is needed to scale up the approach

Despite the success of the pilot, there are challenges in expanding and developing this approach, and areas where further national support is required.

"There needs to be the right infrastructure, and a standardised and routine approach to data sharing with primary care colleagues to support more collaborative working," explains Christine.

Rich data collected by ambulance services is underutilised and it needs to be accessed across systems to unlock potential benefits. "If you're looking at something like falls, acute trusts have data about all those who have been admitted to hospital, but ambulance services have information on most falls and where they have taken place," says Christine.

However, there is scope to improve the quality of ethnicity data. At present, it is captured across access points from 111, 999 and patient transport services, and can be patchy. National work is ongoing to support the sharing of information through the new Ambulance Data Set, and this is important because it is currently difficult to understand outcomes by ethnicity. "As a starting point, if you can't look through an ethnicity lens then you don't know what health inequalities you have in front of you," says Christine.

The health and care system needs to think differently about the role of ambulance services. Christine says: "Ambulance services are perceived as being there to deliver only urgent care, but they must be brought into wider conversations around population health." Christine identified challenges around relationship building at scale, noting that NWAS covers 40 local authority areas and around 300 PCNs.

Christine notes: "Most ambulance services will not line up with place footprints, and this is important as funding will flow from ICSs to place." There needs to be a mechanism by which funding for health inequalities programmes can flow through systems to ambulance services delivering essential work in this space.

The future of the hypertension pilot and beyond

NWAS is now exploring how to expand the delivery of this pilot by working with other PCNs in its patch.

While the hypertension pilot dealt with a small number of patients, there is great potential to reach many high-risk groups who are under-accessing care. There is scope for ambulance trusts to adopt public health approaches in many areas, including falls, drug related deaths, improving outcomes for people experiencing homelessness and social prescribing.

Christine's advice to health and care colleagues developing similar work is to: "Go where the interest is – if you're working with one of your ICSs, finding a way to align priorities is a good place to start."