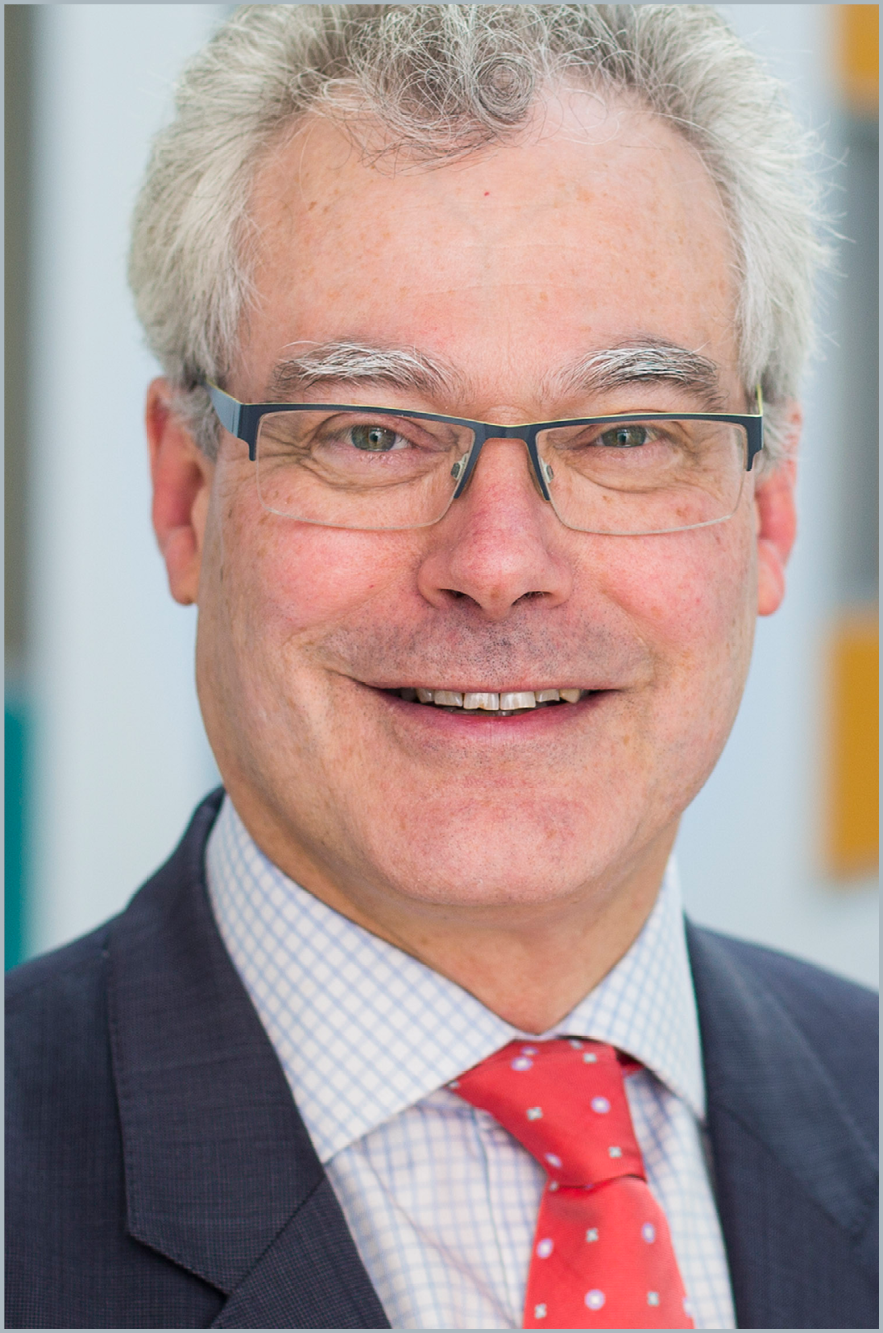 University Hospitals Bristol is one of the largest teaching trusts in England, with seven hospitals in central Bristol and some additional community services. It has 11,500 staff and a significant research programme.

When Robert Woolley joined the board in 2002 the trust was in a challenging place, clinically, financially and culturally. Robert took over as chief executive in 2010. Although a 2014 CQC report rated the trust as ‘requires improvement’, in both 2016 and August 2019 it was judged ‘outstanding’. The inspectors in 2016 said there was “a clear statement of vision and values within the trust which was driven by quality and safety”.

The most recent inspection report notes that “there was compassionate, inclusive and effective leadership at all levels of the organisation.”

Robert says it was important to change the culture within the trust: “When I took over my role was very much about performance against waiting times and dealing with sensitive inter-trust relationships.

“The big change we made that led to the outstanding rating was we started demonstrating a genuine commitment to our staff, their wellbeing, development, and engaging them in improvement.”

A key priority has been to ensure that when staff do record concerns about care, they receive feedback on the outcomes of that inquiry.

“It’s that team endeavour that matters to me personally. We are well away from the model of heroic leadership. It’s a team enterprise.

“CQC asked me in 2016 if we’d adopted policies from other centres or from America. The answer is ‘no’. We’ve just grown it ourselves. We’ve made mistakes, but we own it. It’s ours.”

It’s been nearly four years since two doctors – Anne Frampton and Andrew Hollowood – came up with the idea of measuring staff satisfaction in order to improve patient care.

“We realised if we could unpick staff frustrations – the issues affecting staff on a daily basis – the likelihood was that we would improve the care of the patients, simply by improving staff wellbeing,” says Andrew.

Supported by the trust management team, they devised a spreadsheet which they tested on the children’s ward, where Anne was a consultant, and on a surgical ward. Andrew is a consultant surgeon specialising in oesophageal cancer, but was also a clinical lead in the trust.

“We had a hunch people might use it but we didn’t know, so we started small rather than a big bang approach” says Anne. Staff could input anonymously about their feelings and concerns that day, then she would download the comments daily and respond on a chart on the ward. 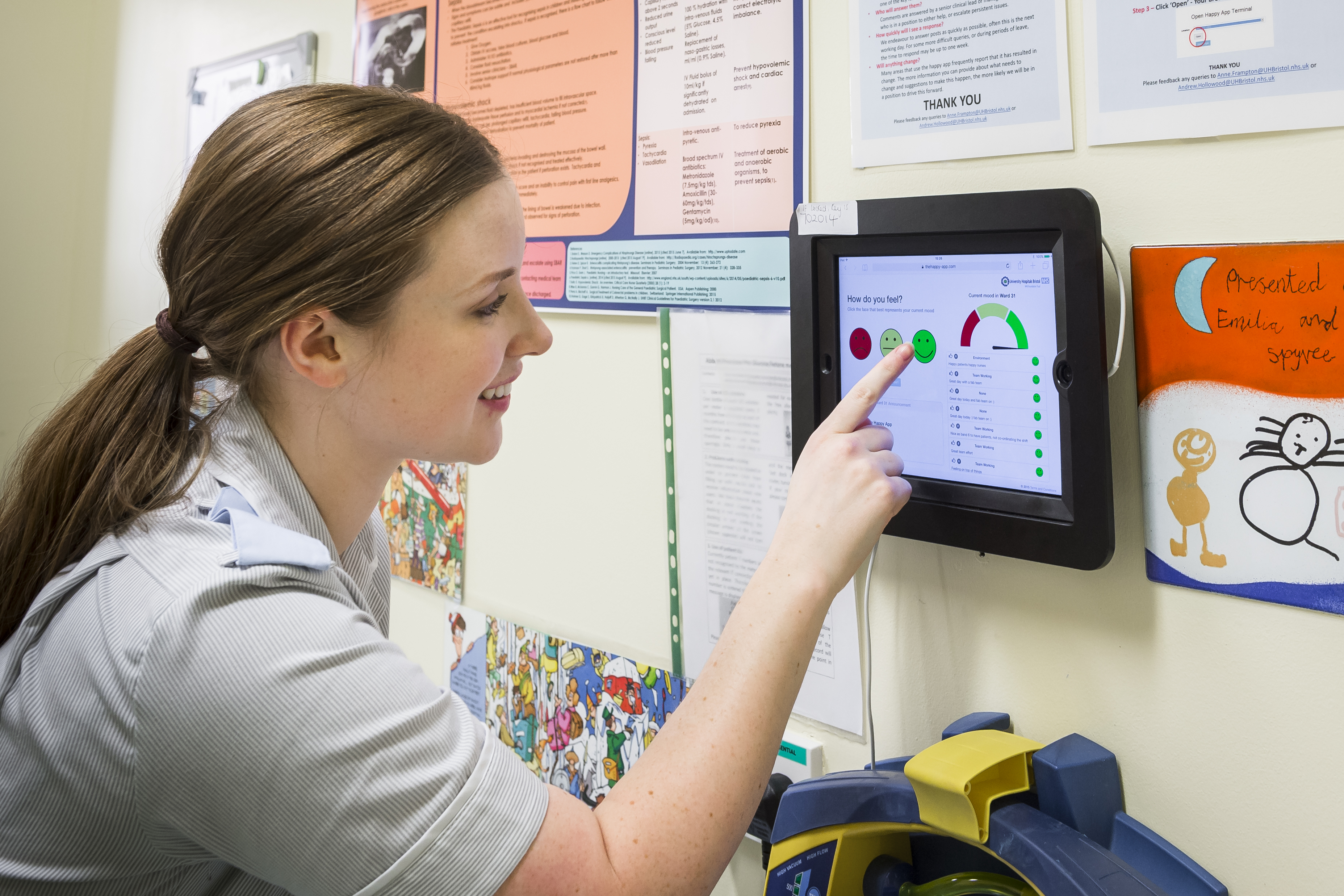 The concept was backed by the Academic Health Science Network, which helped to set up and evaluate the project. It soon proved a success with staff, and the approach has now transferred to an app on an iPad, used by 180 teams across the trust.

The Happy App has emojis of a sad, neutral or happy face. Staff responses are anonymised, with free-text comments to explain the mood.

“It rapidly spread across the whole organisation,” says Andrew. “We saw benefit in engagement scores year-on-year. Individuals’ voices were being heard. It became a smoke detector for the organisation.”

One change it brought about was the way porters in theatres are regarded, following comments about how they supported the team. They have now taken on expanded roles at a higher banding.

Another change was in the children’s A&E. It was often overcrowded, but little had been done about it because there had been no discernible patient harm.

The feedback from the Happy App showed the impact on staff, who felt overwhelmed and unhappy. These staff comments led to changes, such as a snack trolley in the evening for patients, a bigger waiting area, and additional nursing assistants.

It is not possible to draw a direct correlation between the success of the app and staff engagement statistics. However, the trust’s staff engagement score has increased each year in the annual national NHS staff survey over the last five years. This rose from 6.7 out of 10 in 2014 to 7.2 in 2018.

Staff wanted to use the Happy App. They didn’t feel it was being imposed on them.

Patient satisfaction has also improved over that period. The trust received the best overall hospital experience score of all general acute trusts in CQC’s national adult inpatient survey 2018. The score rose from 8.1 out of 10 in 2014 to 8.5 in 2018.

While this can’t necessarily be attributed to improved staff satisfaction, research has shown that staff and patient satisfaction are closely correlated.

The Happy App has now spread to other trusts in the area.

“The support for the project has been phenomenal,” says Andrew. “You are heard, listened to and encouraged.”