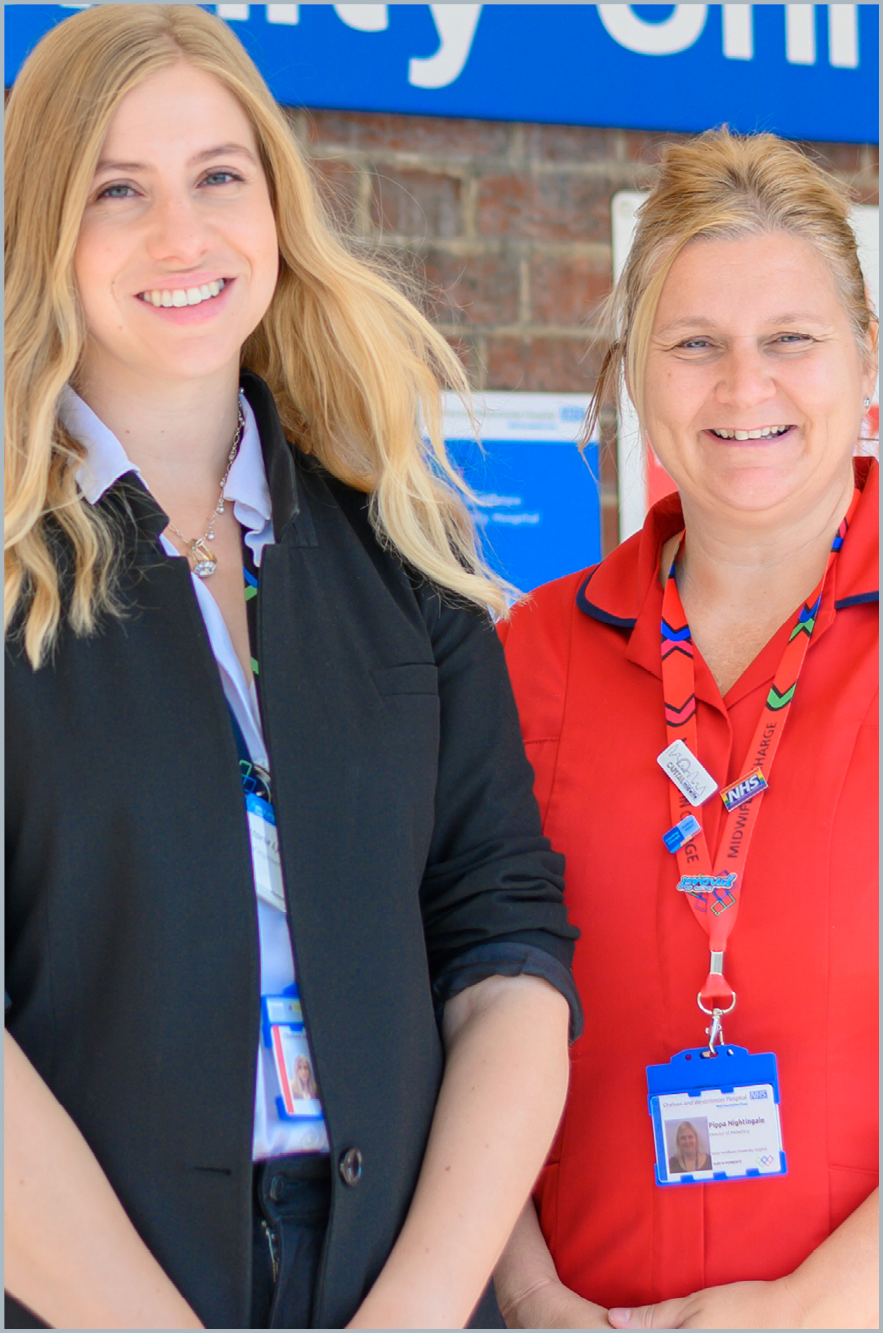 Chelsea and Westminster NHS Hospital Foundation Trust covers a population of more than a million people, mainly in north west London. It has two acute hospital sites, following a merger in 2015, between the Chelsea and Westminster Hospital in central London and the West Middlesex University Hospital in Isleworth, and a number of community sexual health and HIV services across London. The trust’s overall CQC rating in 2018 was ‘good’. In 2014 both hospitals had been rated ‘requires improvement’.

The trust is proud of having a management style and structure that supports improvements for its patients. It has built on this as part of its approach to improving its CQC rating.

“The key thing has been to have stable management, with visible leadership,” says Pippa Nightingale, chief nursing officer with the trust. As part of this, every executive team leader is linked to a ward which helps to communicate key priorities to staff.


It has also introduced PROUD values. “All our meetings start with them, and all our guidelines,” says Pippa. “When submitting to the board you have to set out which trust values this proposal supports, so everything we do leads back to those values.”


“It felt artificial to start off with, but I can honestly say I’ve never worked in an organisation where they are used to such a level.”


Victoria Lyon, head of improvement, explains how the trust has encouraged an open, transparent and learning culture: “Every Friday we hold a ‘quality friday’ and focus on a theme from our audit and our learning across the trust. Additionally, for half a day each month we hold clinical governance learning sessions. We cancel all elective activity to allow clinicians to attend; this allows us to look at our quality improvement projects, audit reports and to learn from complaints and clinical incidents.”

“We’ve made a conscious decision that this would not be a quick off-the-shelf approach,” says Pippa, “We wanted to empower our clinicians to drive the improvements from a bottom-up approach.”

Following the 2014 CQC report, they set up a Dragons’ Den style competition encouraging staff to put forward their ideas. The winners had the full support of an improvement and innovation team to help trial their idea, backed by £10,000 from the trust’s charity, CW+. It led to a simple but effective change in practices with results to show improvement.


“Quite often nurses and doctors have the idea – they know the problems and have usually got a solution,” says Pippa. “Our quality improvement approach, supported by an improvement and innovation team, means that clinicians and all staff are empowered and given the skills to directly make measurable improvements in their own areas.” 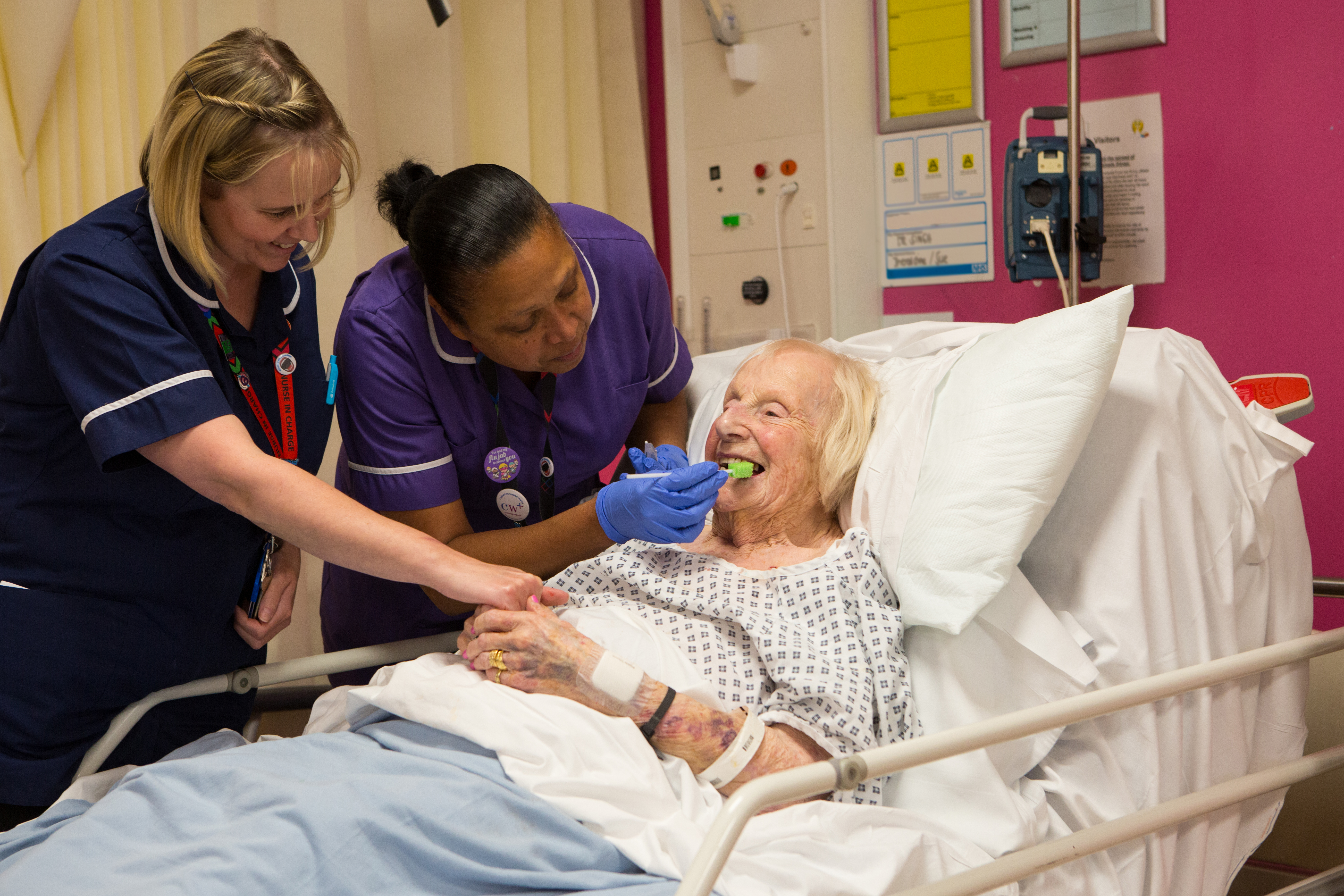 For Angela Chick, ward manager and Ahlam Wynne, specialist nurse, having support from the trust and funding from CW+ was key to an innovation that has reduced the incidence of pneumonia for people with swallowing difficulties by 67% in 2018, compared to the same period in 2017.

The pair entered the Dragons’ Den style competition as they were concerned that mouth care varied across their ward, which treated a lot of people who had had a stroke and found it hard to swallow.

They knew that the bacteria in a patient’s mouth can, if swallowed, lead to infection in the lungs and ultimately, pneumonia and even death.

They had been using a toothbrush or sponge before, and sometimes a suction device, which was the most effective. However, the various items needed for the suction device were stored in different places, took time to find, and were not being used often enough.

In May 2017, after winning the Dragons’ Den, the nurses set about making changes on the stroke ward.

All patients coming on to the ward were assessed, rated low, medium or high risk of mouth infection, and treated accordingly. The nurses worked with the manufacturer of the suction device to design a kit which could hang on the patient’s bed. Because the kit was highly visible, and acted as a prompt, nurse compliance increased from 20% to 82% by the end of the three-month pilot.

The nurses have subsequently spread their approach trust-wide. Now staff assess all incoming patients’ mouth care, and the kits are in use for patients who need them.

We’ve had encouragement and they wanted it trust wide. The chief executive has been very pleased.